Trump’s Wall vs. landowners in the way

This is the second part of a Verify Road Trip where host David Schechter takes a viewer, Sherman Powers, to the Rio Grande Valley to explore the real-world implications of expanding America's border wall with Mexico. 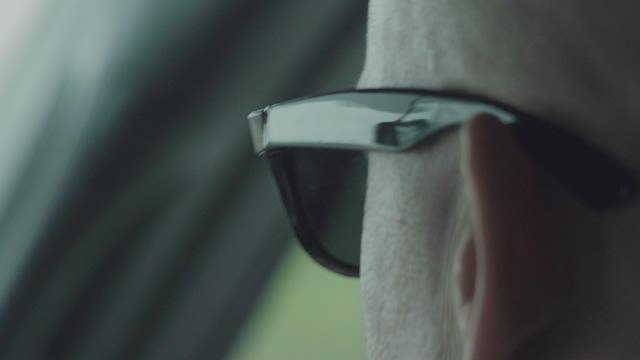 This is the second part of a Verify Road Trip where host David Schechter takes a viewer, Sherman Powers, to the Rio Grande Valley to explore the real-world implications of expanding America’s border wall with Mexico. Sherman supports President Donald Trump and his plans for more wall.

Previously on Verify, Sherman and David learned how a wall would impact sensitive environmental areas and important historical landmarks. Now, they finish their journey as Sherman decides what’s more important… the wall or the rights of people whose property is in the way?

It’s morning and Sherman and I are headed to the historic Roma, Texas. On the way, we make a quick detour to the tiny town of Los Ebanos. Here you’ll find the only hand-drawn ferry across the Rio Grande. Sherman and I are catching a ride.

It’s only big enough to carry two cars. There's a US Customs station, but Sherman is worried it's easy to sneak around it.

“But if you swim around the area of that river, we can't see?” Sherman said.

“Wouldn't be hard to cross there,” I agree.

“Wouldn't be hard to cross,” he said.

After seeing how informal a border crossing can look, we’re back on the road to Roma. It’s about 90-minutes West of McAllen.

The town, high on a bluff, looks out over Mexico and the Rio Grande. Here the river comes up to the edge of town, so plans for a wall could carve up city blocks.

Just down the road is Noel Benavides’ property. A wall would cut through here, too. “It's been in my wife's family for 8 generations,” Noel tells us.

He says it’s not uncommon to see illegal immigrants crossing his property. There are trails through the woods here and clothing that’s been left behind.

“Illegals? They come through,” Noel tells us.

He supports a strong border but thinks that it can be accomplished with more agents and more technology, not a wall.

“Why spend $20 billion on something that's not going to be effective,” he says.

“You're saying, maybe a wall, after everything else has been tried?” Sherman askes Noel.

“What's gonna happen with the wall?” I ask.

“Are you waiting for the price to go up on your land?” Sherman asks.

“The price is beside the point. It's what they're trying to do. Destroy the ecosystem. Destroy the environment. It's just beautiful. To come in and destroy that. There's no monetary value for that,” he adds.

When government wants land, but the owner doesn't want to sell, it uses a law called eminent domain. During that process, the government files a case and claims why it needs the land. It writes a check, held by the court, for what it believes the property is worth. If the landowner thinks the offer is unfair, he or she can go to the judge to make their case.

To learn more about the process, Sherman and I meet for coffee with Efren Olivares, an attorney with the Texas Civil Rights Project. He says poor landowner, who can't afford a lawyer get railroaded by the government. He saw it happen in 2008, during the first phase of wall construction.

“Just in that scenario, it can stretch out for a long amount of time? Is there ever a time limit?” Sherman asks.

“I have to think it's rare that someone walks away from that whole process and says I'm happy with the decision,” Sherman says.

“I haven't met a single person who feels that way,” Efren says.

THE WALL AT WORK

We want to know, how effective is the wall that we already have? Customs and Border Patrol declined to speak to Sherman because he's not with the media. So instead, we sent Sebastian Robertson, from our crew, on a ride along.

After, Sebastian sat down with Sherman and me to tell us what he saw.

“Like out of a movie there are 3 or 4 Border Patrol officers, conveyor belt style throwing back to each other packages,” he says.

“How many packages are we talking about?” I ask.

“Wow,” Sherman responds. “Did the border patrol mention at any time how the wall has helped them in their job?” he asks.

“(Deputy Robert Rodriguez) was clear not to talk about policy or politics, but he could talk about what he had seen,” Sebastian says.

“What this wall has done is its stopped their movements. Now they have to scale the wall which buys the agents time to actually come down and apprehend them.

DOWN ON THE FARM

We wanted to hear from someone who has a wall on his property and so we’re meeting with a rancher outside Mission, Texas. He's concerned about the violence of drug cartels and asked not to be identified.

“2008 was our worst year. They cut our fences, then our cattle's out. At this area here, you could see 50 people, at a time, crossing,” he’s telling Sherman and me.

After the wall went up, he says most of that activity stopped.

“People talk about the wall doesn't work. They don't know anything about if the wall works or not. But I'll tell you it works,” he says.

“In the instance of wall across the entire southern border for national security is that more important than landowner’s rights?” Sherman asks.

“I guess, in my case, I like the wall because it's given us security. I definitely think they need the wall in other places,” he answers.

But it's not been easy for him, either. The rancher had to sue the government because it never paid him for the use of his property.

“I don't think I should have to pay for the rest of the people in the US for their security. I think everyone needs to pay us for what we furnished the government,” the rancher adds.

And that concludes Sherman’s journey of discovery in the Rio Grande Valley. We sat down to see what Sherman concluded about the wall versus the rights of landowners with property that’s in the way.

“At the beginning, you said we need to finish this job. Where are you now?” I ask. “If government decides to build are you going for the government or the landowners?” I finish.

“I have to go for the government because. The landowners are going to probably say no,” Sherman says.

“And you would probably too,” I say.

“I would. I absolutely would,” he responds. “For this wall to come in, it's going to hurt a lot of people. And the environment in a lot of different ways. I have to just go with my heart there and say overall, for the safety of the united states that the wall is a good idea,” he concludes.

So, when it comes to the wall versus property rights, Sherman's going for the wall.

Don't take my word for it, take his.

Got something you want verified, send David an email to: david@verifytv.com