New York Sub Hub has been a campus fixture since 1979. 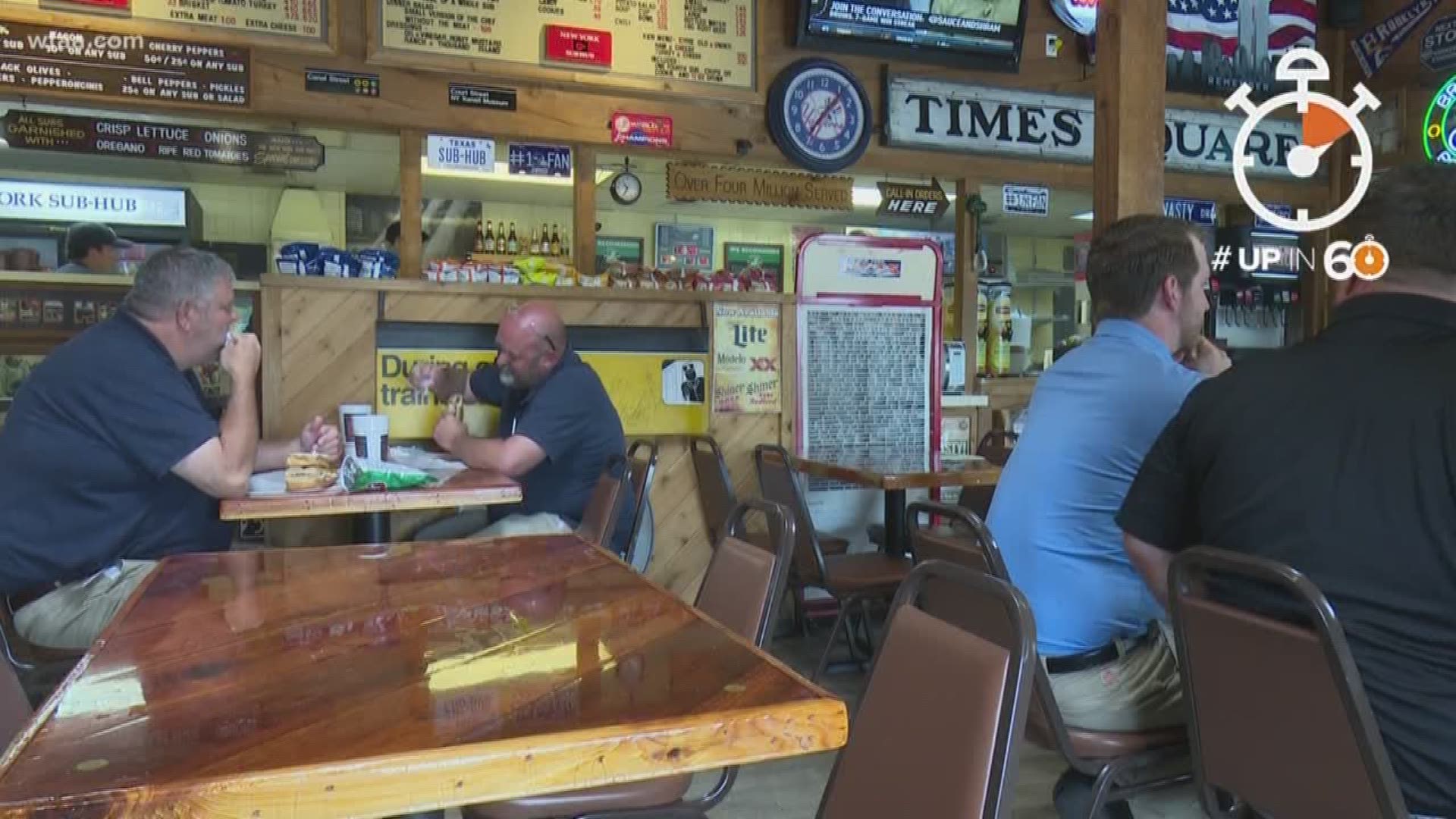 DENTON, Texas — When lunch hour comes, Hunter Christiansen sees his regular customers come through the door at New York Sub Hub and he knows them by name.

“Getting the usual? Number 11, add mayonnaise, toasted with pepper jack?”

It is a display of memory and community that started 40 years ago when his father moved to Texas from New Jersey and opened the submarine sandwich shop in Denton just across the street from the University of North Texas campus.

Hunter took over the family business seven years ago, and the campus staple has not missed a beat with UNT students and staff who get an authentic taste of New York from the food to the décor which includes signage from the city subway system.

“A lot of this stuff comes straight from New York. We have family in Jersey, and they ship stuff down,” said Christiansen. “It is like New York with a little southern hospitality.”

But campus expansion could threaten the campus favorite.

Recent reports indicate the UNT Board of Regents is considering using eminent domain to claim properties adjacent to campus to make way for that expansion. The shopping center housing New York Sub Hub and other businesses could be a target.

Christiansen said although they have seen the reports and heard the rumors, they have yet to be contacted by anyone associated with the university.

“From the get-go, we have been in the dark about it. We have yet to hear anything good or bad.”

Already, New York Sub Hub has seen their patrons rally in support of the restaurant with letters to the editor and online cries to “Save Sub Hub.”

Whatever the outcome of his family business, Christiansen said they continue to do what they have been doing since 1979 as long as they can.

“We are operating like we normally do and trying to crank out some sandwiches.”

RELATED: When graduates are priced out of commencement, new UNT program steps in

RELATED: He couldn't attend graduation because of an accident. So, UNT's president took the graduation to him.