The students found a small way to bring hope to a nation in turmoil. 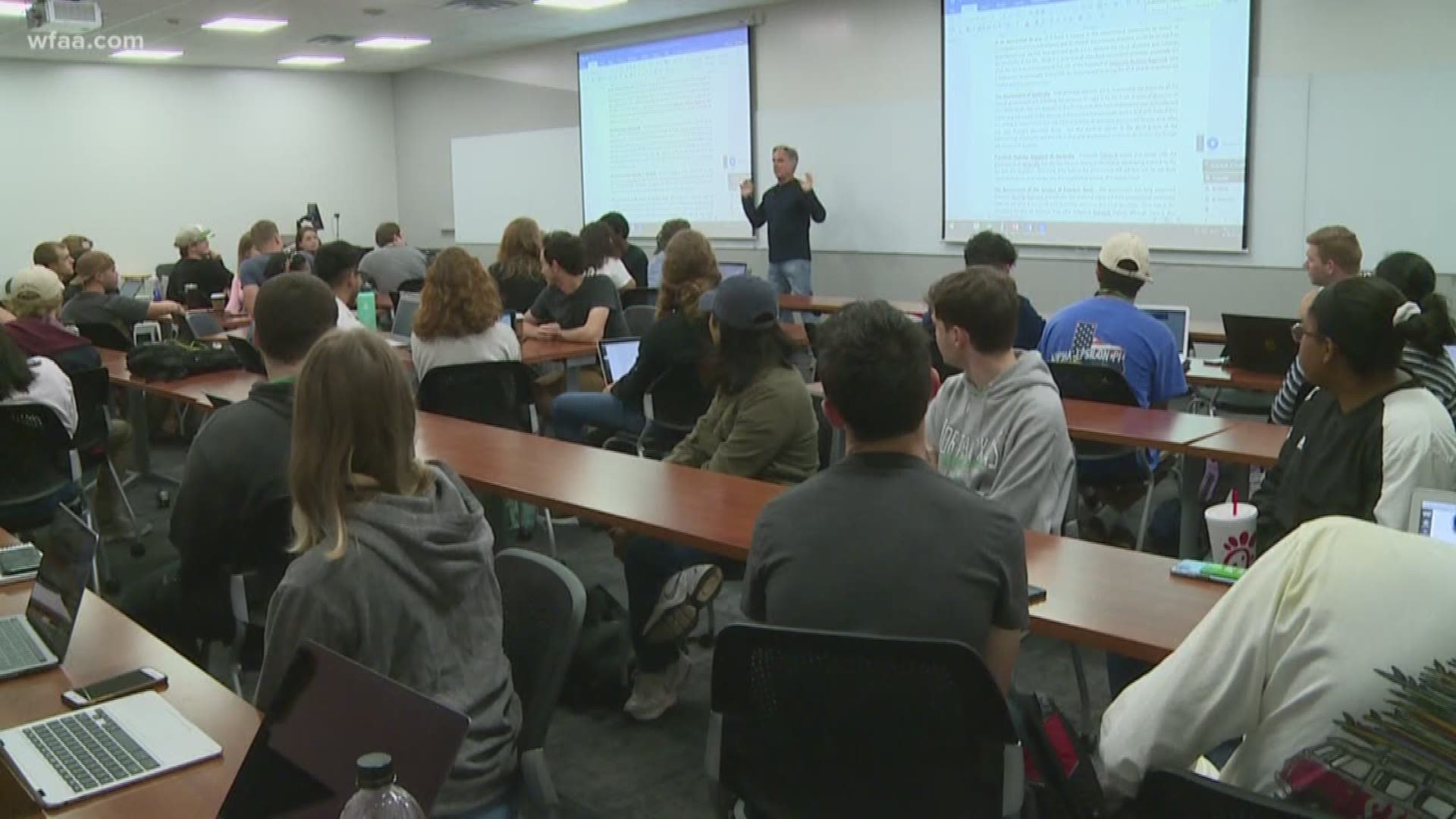 DENTON, Texas — As a professor of political science at the University of North Texas, James Meernik could spend all day lecturing about world peace.

But he believes the best way to learn about peace is to work toward it.

Specifically, earlier this semester, Meernik was teaching the students in his peace studies class about the Republic of Colombia.

For decades Colombia was engaged in civil war, armed conflict and unrest. Although a peace deal was signed a few years back, extortion, gangs and cartels still put millions of Colombians at risk.

“It’s a country that’s officially at peace, but these communities are still trying to build their own peace after decades of war,” Meernik said.

So, instead of just talking about peace, Meernik asked his students to get involved. “It doesn’t take a whole lot to help,” he said.

They started a project collecting school supplies and then sending those supplies to children in Colombia, which they realized was far more challenging than expected. “We learned a lot about the insurmountable nature of poverty,” senior Kylee Whitworth said.

They also saw what it’s like to live what you’ve learned.

At the end of the project, Meernik traveled to Colombia to help pass out the supplies. His goal was the build a relationship that allows his students to keep making an impact in this corner of the world.

But they also aren’t naïve.

They understand a few boxes of school supplies won’t bring world peace, but it is a start and a chance to bring people together.

“JFK had a quote, ‘Everybody can make a difference and everybody should try,’” Whitworth said. “It helps us grow as people and as a society as a whole.”

“If everyone took the time out of their day to do a small thing for someone else, yes we may not achieve full world peace, but we’ll get closer,” freshman Holly Mathews said.

Meernik plans to keep doing this each year because we can spend all day wishing for world peace, but the best way to learn is to go out and make it happen.