Traveling circus stranded in Grand Prairie thanks to COVID-19

Cirque MonteCarlo were just starting their debut US tour in Texas when they became stranded under the big top. 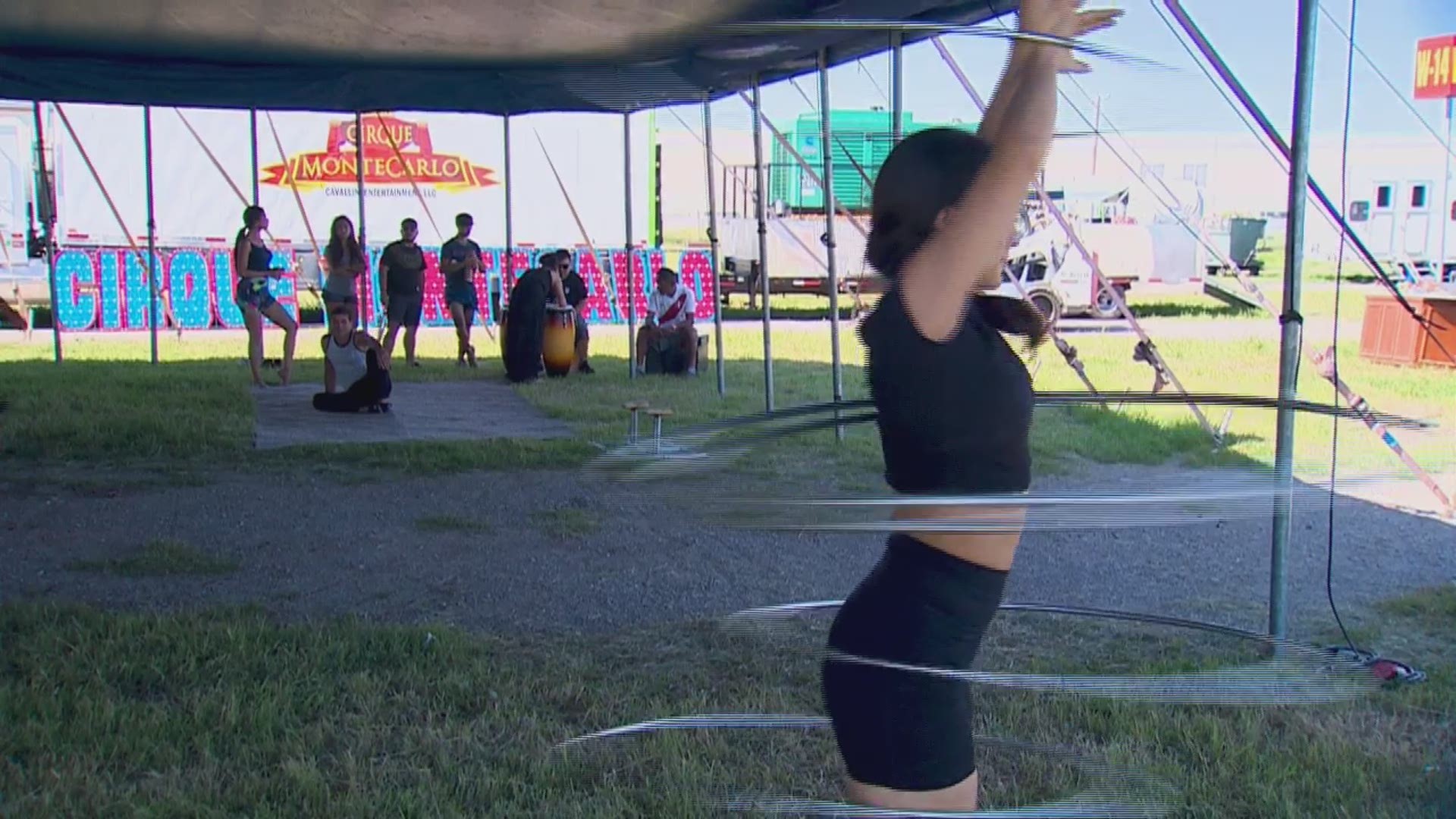 GRAND PRAIRIE, Texas — In an empty parking lot just near the Tarrant County line in Grand Prairie, 42 performers and staff of a brand new traveling circus are waiting for a chance to entertain again.

Cirque MonteCarlo, a circus consisting of acrobats, dancers, jugglers, clowns, and musicians, is officially stranded because of COVID-19.

The circus was just starting its debut US tour across nine states when shelter-in-place orders were issued, putting everything on hold.

The last show Cirque MonteCarlo performed was in Grand Prairie, and it unexpectedly became their new home.

Cindi Cavallini's family runs the show and had been planning the tour since April of last year.

The Cavallini family has performed in circuses since the 1890s, mainly in South America.

Cavallini's family spent nearly a half-million dollars getting their own circus ready to tour America, and it's money that will likely have a delayed payoff.

"With all this, we're missing so many weeks of the tour," Cavallini said. "We opened our first show on February 6th and we didn't go very long."

The group is holed up in an empty parking lot, a location that WFAA was asked not to disclose.

It's a fascinating sight with circus paraphernalia everywhere, 12 travel trailers lined up, a fast track trampoline set up, and 14 RVs parked next to each other.

When WFAA arrived, performers were doing jumps and a juggler was managing about five pins in the air.

"We had to tear down the tent and find a place to stay," Cavallini said. "When it's nice, we get out here and start practicing. We have our own chef, so everyone gets three meals a day."

"We've just kept everyone together."

The reason why the circus hasn't disbanded is that performers don't have anywhere to go. Almost all of them are from overseas, like France, Spain, Argentina, and parts of South America.

All spots that would be difficult to travel to at the moment.

So, instead, the circus is holding out hope and waiting for their tour to resume.

"It's not only heartbreaking but taxing on your mind and worrisome," Cavallini said.

Cavallini said it was encouraging to see that states were loosening shelter-in-place restrictions, but questions still hover over her.

"When we start working again, are people going to be comfortable coming into a tent?" Cavallini asked. "We're pretty hopeful."

But no guarantees at this point, so in the meantime performers will wait and stay sharp as long as they can, until the show goes on.