Now they are looking for the family of the veteran, whose original grave marker was left behind. 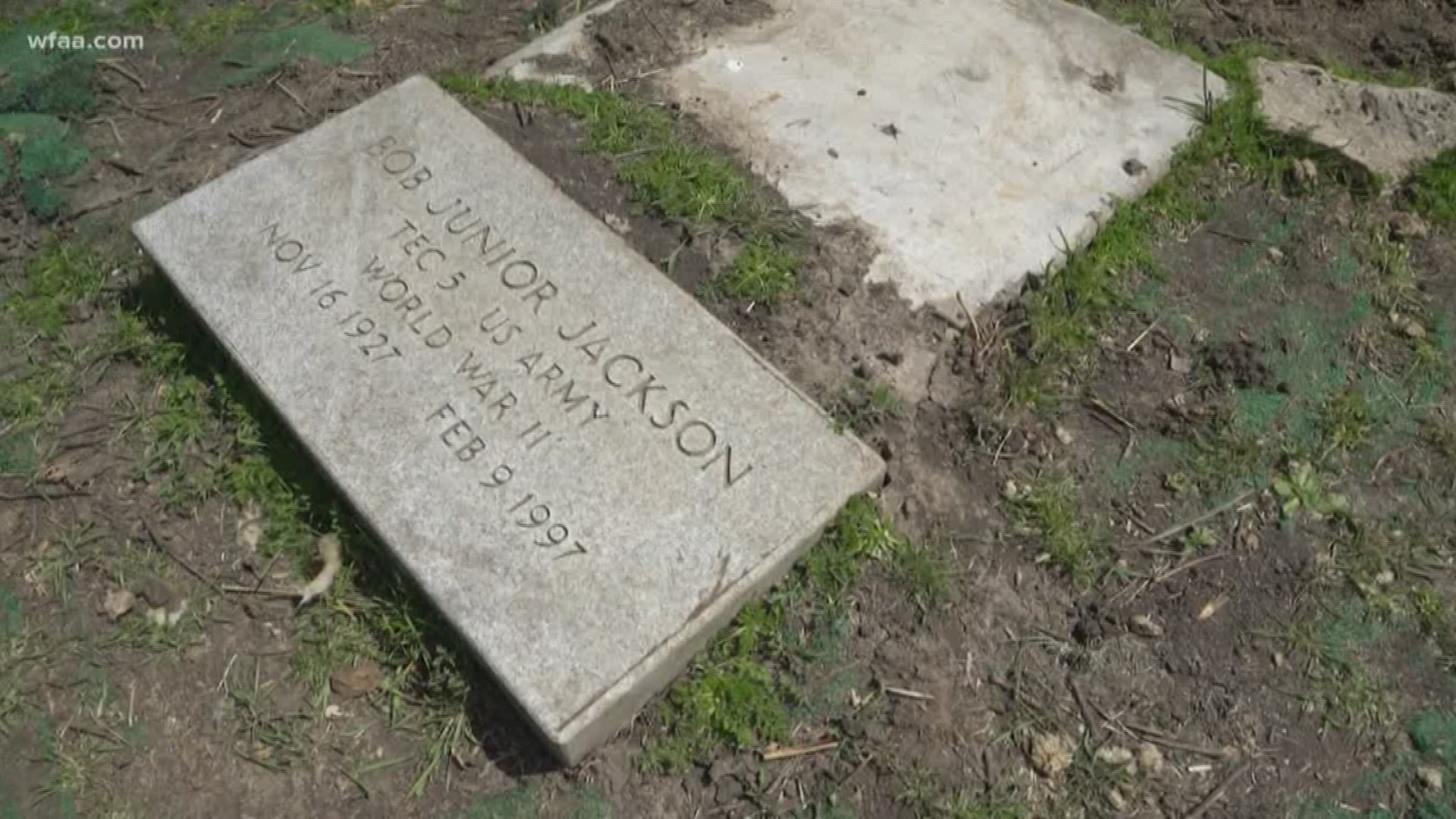 RHOME, Texas — When Kathrine Dugan and her husband bought the three acres of property next to their own in rural Wise County near Rhome, they were just looking for more space for their two horses. Now they are looking for the family of a World War II veteran whose original grave marker was left behind.

"We bought this property in December," Dugan said of the acreage that used to include a mobile home.

But near the remaining pieces of a set of fiberglass front porch steps she made an unusual discovery.

"I got a little concerned that there was probably a body buried there," she said after finding the granite headstone. "It second guesses you and you start to think, 'Oh my gosh is there someone really buried here?' I just bought this land – now what am I gonna do?"

But after assurances from her husband, and plenty of her own research, Dugan determined that it was only the original grave maker for Bob Junior Jackson, an Army veteran who died in 1997 at the age of 69.

RELATED: He died with no family. His fellow veterans made sure he wasn't buried that way

RELATED: Vietnam-era veteran with no next of kin to receive burial with full military honors

"It was a little unnerving," she said of the initial discovery. "But even in that case I thought, 'Well, I'll just make a fence around it and respect the guy.'"

And out of respect for the veteran she started searching and found out he was actually buried 70 miles away at Laurel Land cemetery, south of Dallas, alongside his wife Bette Jean who passed away in 2006. Dugan said Bette Jean Jackson used to live on the property next door to her in Rhome.

"So they gave her this one. To kind of keep as a memento or something," Dugan said.

And when Mrs. Jackson passed away, the next owner of the property didn't know what to do with the headstone left behind.

"And the lady that I bought the land from just kind of kept it here out of respect because she didn't know how to contact any of the family members," Dugan said.

So what Dugan is searching for now is anyone from the Jackson family in North Texas who might want this headstone. She feels it would be disrespectful just to throw it away.

"I just want to give it back to the people that it belongs to," Dugan said. "And it's a pretty common last name so finding any extended family members is kind of like finding a needle in a haystack."

But if she can't find them, she will honor the man it was made for.

"I will probably just make a little fence, plant some flowers, and leave it there," she said. "I still would feel the need to respect the guy for who he was."

A guy, a veteran, a life worth remembering – along with the mystery left behind, under a front porch in Rhome.