James Wesley Mount died with no immediate family. But his brothers-in-arms say his life and sacrifice will not go without the honor he is due. 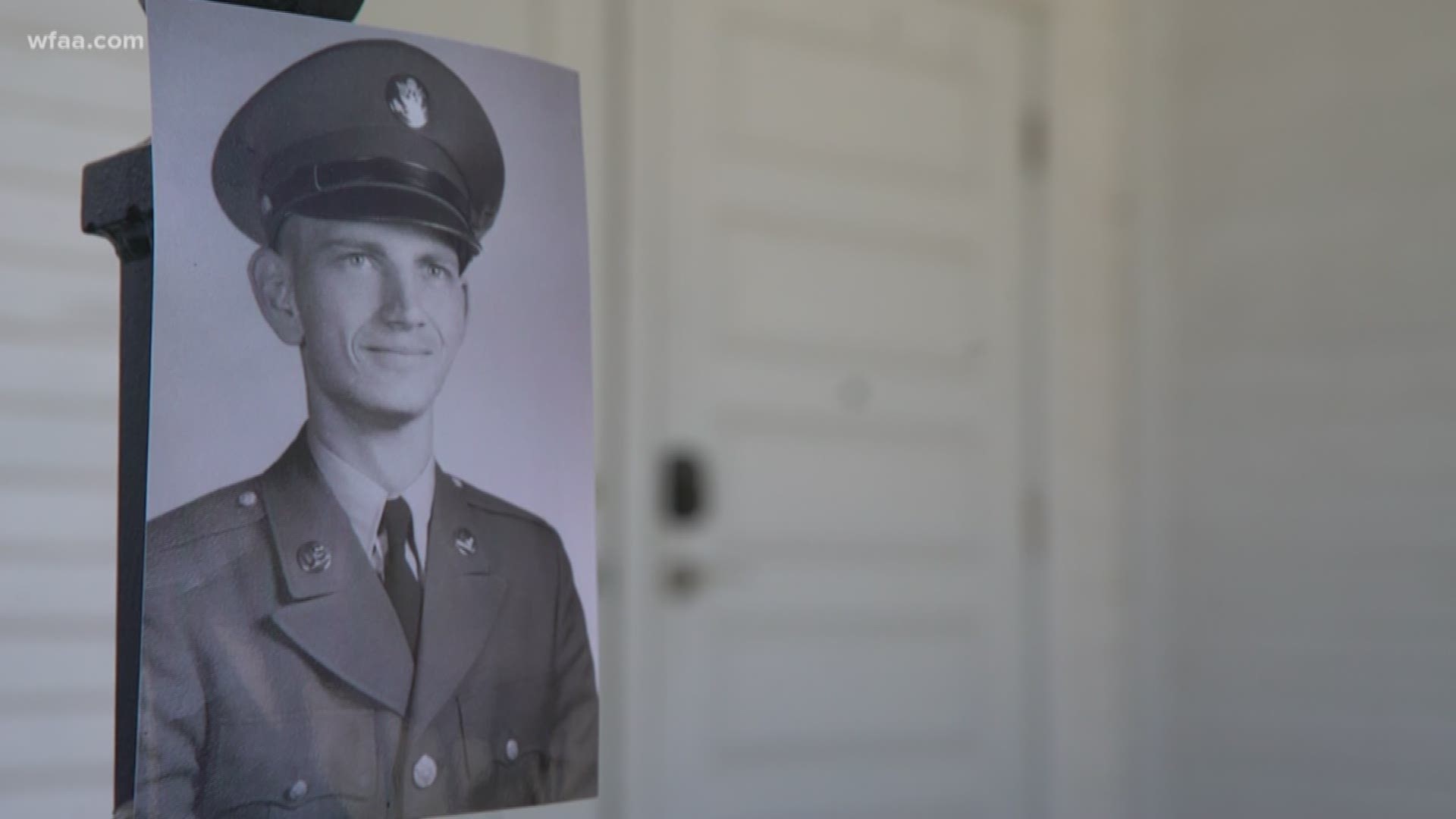 AUBREY, Texas — A Vietnam-era veteran who died in a Plano hospital earlier this month with no apparent next of kin to arrange his funeral, will be buried Thursday with full military honors, thanks to fellow veterans who promised to never abandon a fellow brother.

James Wesley Mount, 78, died after spending the last several years of his life in nursing home in Carrollton, where they described him as a loner who never received a visit from anyone declaring to be a relative. When he died on March 7, hospital staff reached out to Vietnam Veterans of America Chapter 920 in Denton County asking if they could help because no next of kin could be found.

"It seems to me it's getting more and more that these guys are dying, that they don't have any family members," said Gary Steele, president of the VVA 920 Chapter.

Their research found that Mount was born in 1940, attended Woodrow Wilson High School in Dallas and served three years in the Army from 1961 to 1964.  But they could not find any relatives.

"But we've done a lot of research and we just couldn't find anything on him," Steele said.

The Vietnam Veterans meet at the Green Valley School just a few miles west of Aubrey.  It's a turn-of-the-century schoolhouse the veterans refurbished over a six-year period turning it into a community meeting place and wedding and conference venue. And in the main hallway, they installed a "Wall of Honor" with the names of veterans past and present who served their country.

And in the middle, the VVA motto: "Never again will one generation of veterans abandon another."

"We now are his family and we're going to provide the proper burial for him," said Vietnam Veteran Dan Washburn. "As well we should."

Even for a fellow veteran none of them ever even met.

"And that's our mission now, is to take care of our own. That's what we do here," said Steele.

"It's a bonding. You can't explain it," said Vietnam Veteran Jerry Anderson. "He's gotta know that somebody's with him. And we are certainly with him.  Absolutely. Case closed."

So this Thursday morning at 11, when a motorcade from Denton County reaches the front gate of DFW National Cemetery, his fellow veterans will load his casket onto a military caisson and take him to his final resting place with the help of a 1953 Army Jeep.

A final honor for a veteran the world seems to have forgotten.

"So that's the way we feel about our brothers and sisters. When something happens, we're there to take care of them," said Steele.

And while they hope our telling of this story will help find some distant relative who knows James Wesley Mount and the story of his life, these veterans ask at the very least that more people come to the cemetery on Thursday to honor his military service.

"No Bronze Stars, no Purple Hearts, no Medal of Honor or anything like that," said Steele. "But he gave his country three years. And that's why we honor him. It means a lot that he's not forgotten. We're not gonna forget him."

And whether family is found our not, his name will go on that wall of honor side by side with the brothers who will always claim him as one of their own.

If you have any information that would help find the family of James Wesley Mount, contact Kevin Reece at kreece@wfaa.com.