The world's top-selling realtor is here in North Texas 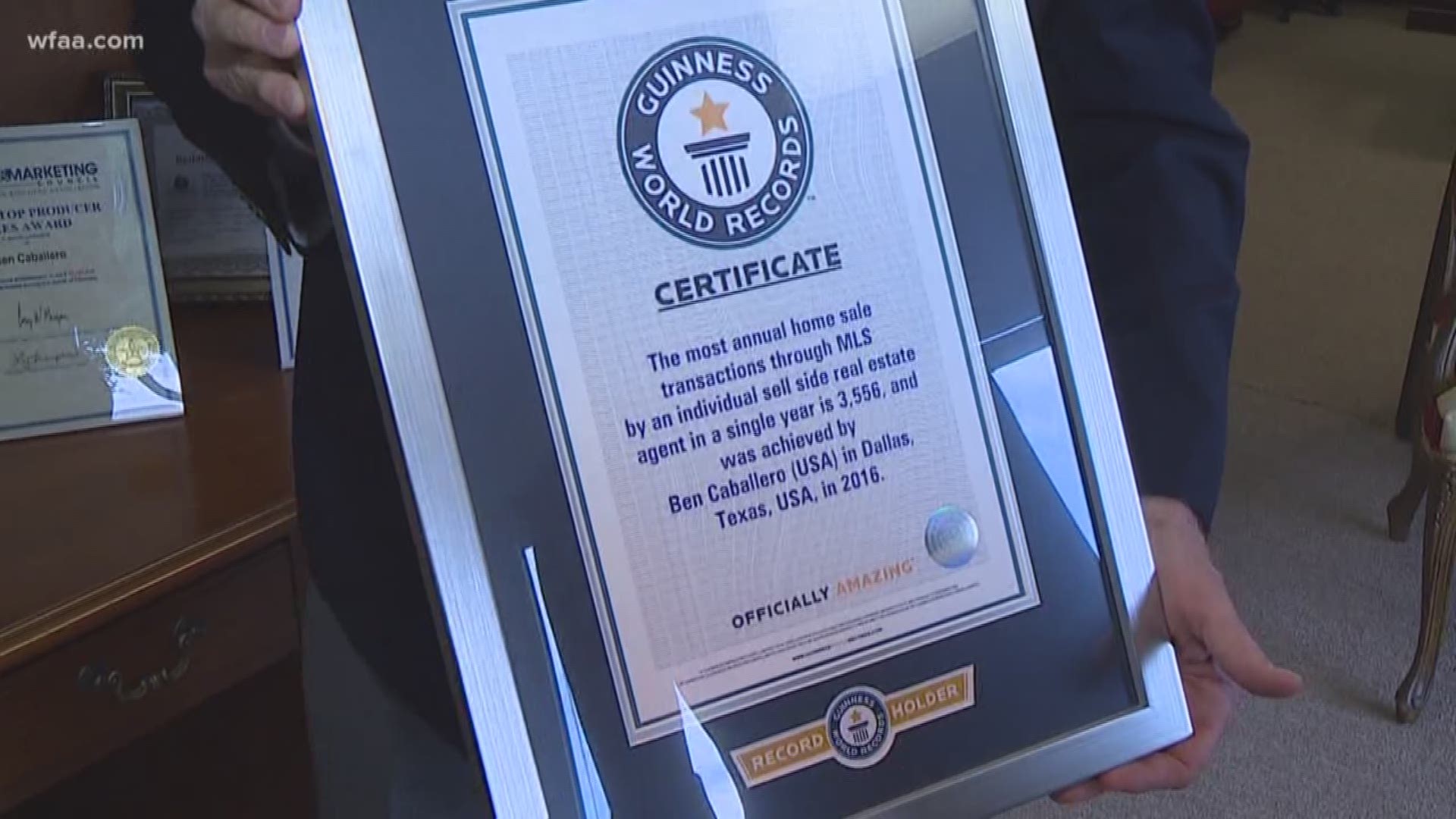 In fact, Ben Caballero has sold billions of dollars in homes. So many, in fact, that he is the first realtor to enter the Guiness Book of World Records for most homes sold in a single year.

"It's a very distinct honor," he said.

He said he's already on track to break his own record.

You'd never know it from his modest Addison office. He has just 21 employees, about half of whom work onsite.

So how does he get so many sales? He says his success is tied to DFW's.

"I couldn't have done what I've done any other place," he said. "We're in one of the fastest growing areas in the country, what was it, 140,000 people moved into DFW last year."

All of those people need a place to live. Ben has partnered with 65 major builders throughout Texas, who need large volumes of homes listed quickly. Caballero said he developed technology in 2007 to do so, through his website called USAHomes.com. The majority of his sales, he said, are in DFW.

"It makes you feel like you've accomplished something, you know," said Caballero. "I could not do what I do without technology in any way. Of course, I couldn't do it if I weren't in Texas either"

There's no sign that Ben, or DFW, are slowing down.

Caballero has been in business since the 1960s, and said he is not planning to retire anytime soon. Instead, he's looking to expand to other states as well.