A Senate committee passed a bill in the hours after police raided the Diocese of Dallas. 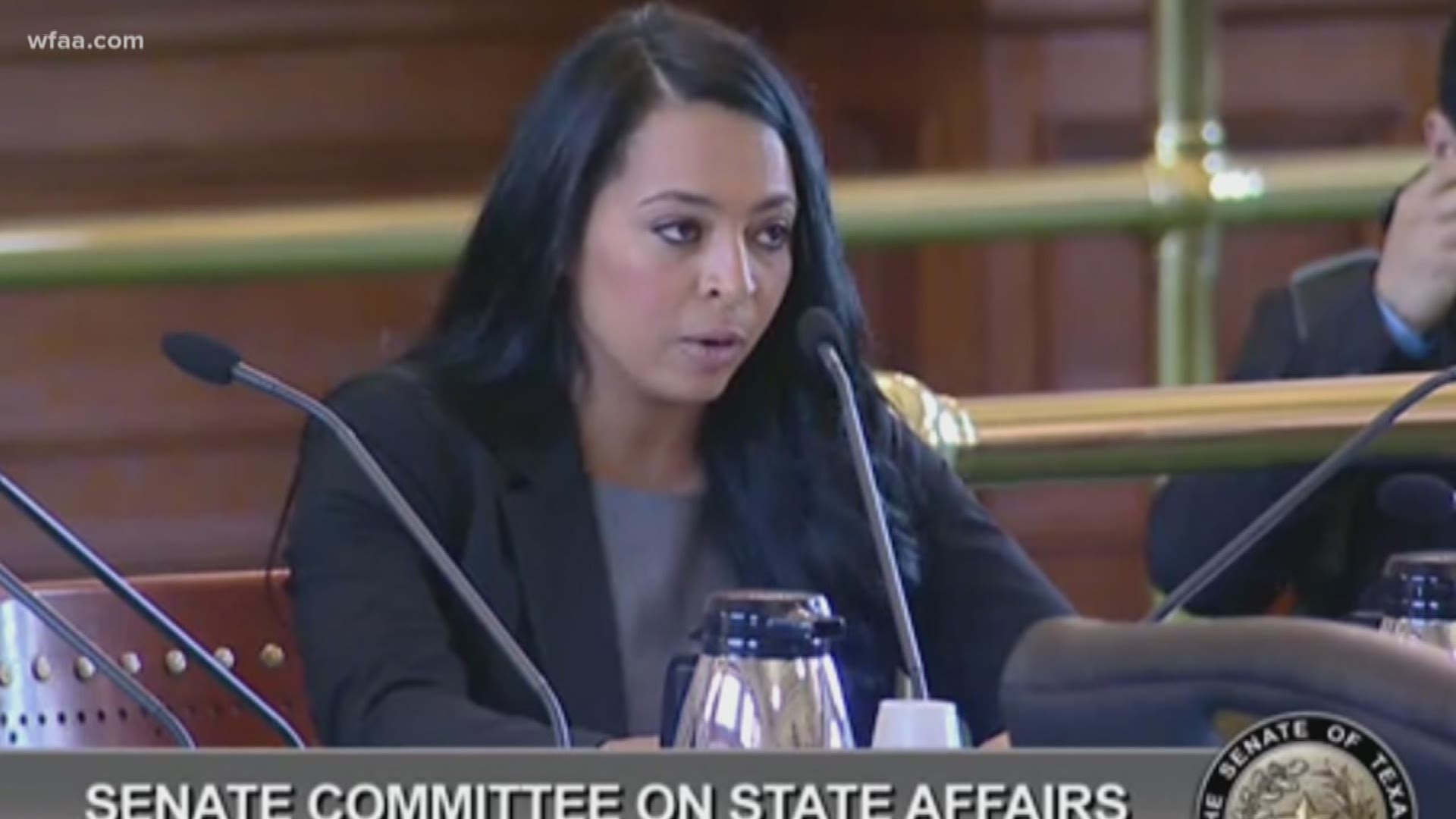 DALLAS, Texas — Alyssa Baumann’s voice trembled as she testified in the Texas State Senate chamber in Austin on Monday.

Baumann is a world champion gymnast from Plano.

“I was abused so many times by [Larry] Nasser in the state of Texas that it’s hard to calculate,” Baumann told a room full of lawmakers.

Larry Nasser is accused of abusing hundreds of gymnasts like Baumann during his time as a trainer for USA Gymnastics. He is now in prison.

Baumann sat beside fellow gymnasts Tasha and Jordan Swikert, sisters who explained how they were scarred for life.

“We all know that Larry is a child predator, and he has finally had to face the repercussions of his crime, but why was Larry allowed to abuse so many children for so long?” Tasha Swikert said.

Then she offered an answer.

“That blame lies at the feet of USA Gymnastics. They were the enablers.”

“An organization should reasonably know when a grown man enters a little girl’s dorm room,” she said.

Baumann and the Swikerts went to Austin to explain why they did not support a bill the Texas House of Representatives had passed.

The original intent of House Bill 3809, sponsored by state Rep. Craig Goldman, R-Fort Worth, was to double the statute of limitations in the state of Texas, giving child sex abuse victims up to 30 years after their 18th birthday to sue their molester and the institution they believe is responsible for the abuse.

But the bill's language changed in a house committee. The bill that passed the full house extended the statute of limitations for lawsuits against abusers but not institutions.

So victims like Baumann or the Swikerts could sue Nasser for up to 30 years, but not USA Gymnastics. And victims of clergy abuse could sue a priest, but not the Catholic church.

“The reason that stood out to me that was a real problem is that a lot of times the abuser is dead, or they’re in prison. And they have nothing that could compensate a survivor, or give them answers as to why didn’t someone protect them? Or why didn’t someone tell?” said Dallas attorney Michelle Simpson Teugel, who represents hundreds of victims of childhood sexual abuse across the country.

She says her experience has shown that courts are often the only place victims can find validation and truth.

“The information that the Catholic church and so many of these institutions so badly want to keep behind closed doors - when you pull that into the light, that’s the only way you start to fix it,” Simpson Teugel said. “Just like they say it takes a village to raise a child, it often takes a village to fail a child.”

Simpson Teugel joined with other state advocates to raise awareness about the bill and try to convince the Senate to restore the original language.

State Sen. Kirk Watson, D-Austin, took on the cause and on Thursday the Senate's committee on state affairs passed a revised bill, allowing the extended statute of limitations to apply to molesters and institutions alike.

"It's so much more than an individual abuser in these cases," Simpson Teugel said. "For someone like Larry Nasser to be able to abuse hundreds of women over decades, people had to turn a blind eye and those institutions that do that have to be held accountable."

The bill must now go before the full Senate and back to the house, but Goldman’s office believes the bill has widespread support.