Verify: Is it rare for police to raid a Catholic diocese?

New details show law enforcement jurisdictions are working together, seeking advice as they investigate local Catholic dioceses around the country 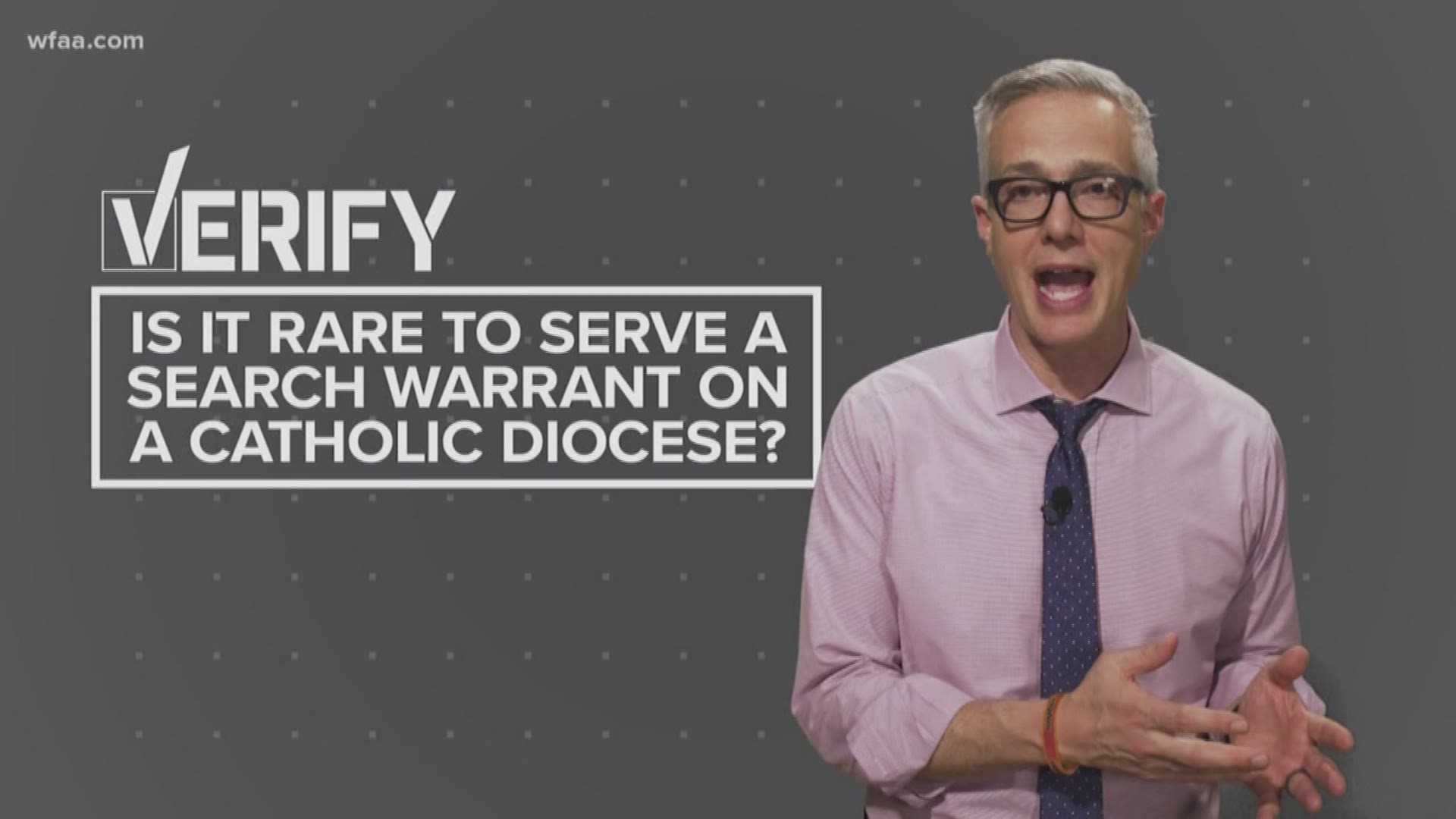 DALLAS — When Dallas police executed a criminal search warrant against the Catholic Diocese of Dallas on Wednesday morning, we wondered if it was a rare occurrence.

For some context, I created a list of search warrants executed against other catholic dioceses in sexual abuse investigations. What I found is that this has happened at least seven times in the last 15 months.

Let's start with the warrant served in Saginaw, Michigan on March of 2018. The District Attorney there said it was in response to the diocese "lack of cooperation" in an ongoing investigation.

Then, in June, Police raided the Catholic Diocese in Santiago, Chile.

November was the most active month.

On November 4th, the Michigan Attorney General's Office executed search warrants on all seven of the state's dioceses.

On November 28th, at the Archdiocese of Galveston-Houston Diocese, more than 50 armed agents arrived unannounced, leaving with boxes of documents.

The next day, in Santa Fe, agents from the New Mexico Attorney General's office executed a search in its investigation of two priests accused of child abuse.

This year, police raided church offices in Costa Rica and now Dallas, where the warrant was executed Wednesday morning.

And based on the narrative in this new warrant, on paragraph 33, it appears law enforcement jurisdictions are working together.

The detective in the Dallas case wrote, in the course of his investigation, he communicated with investigators in both Santa Fe and Montgomery County, Texas in suburban Houston.

The Pennsylvania Attorney General, who's landmark grand jury investigation led to many of these new cases, has said law enforcement officials in 45 states have contacted him, in support of their investigations.

So, is it rare to serve a search warrant on a Catholic Diocese? The answer is no.

Got something you want verified? Send me an email to david@verifytv.com.