The Mansfield High School Black Student Association expected a few dozen people to march alongside them. The support was a lot more than they expected. 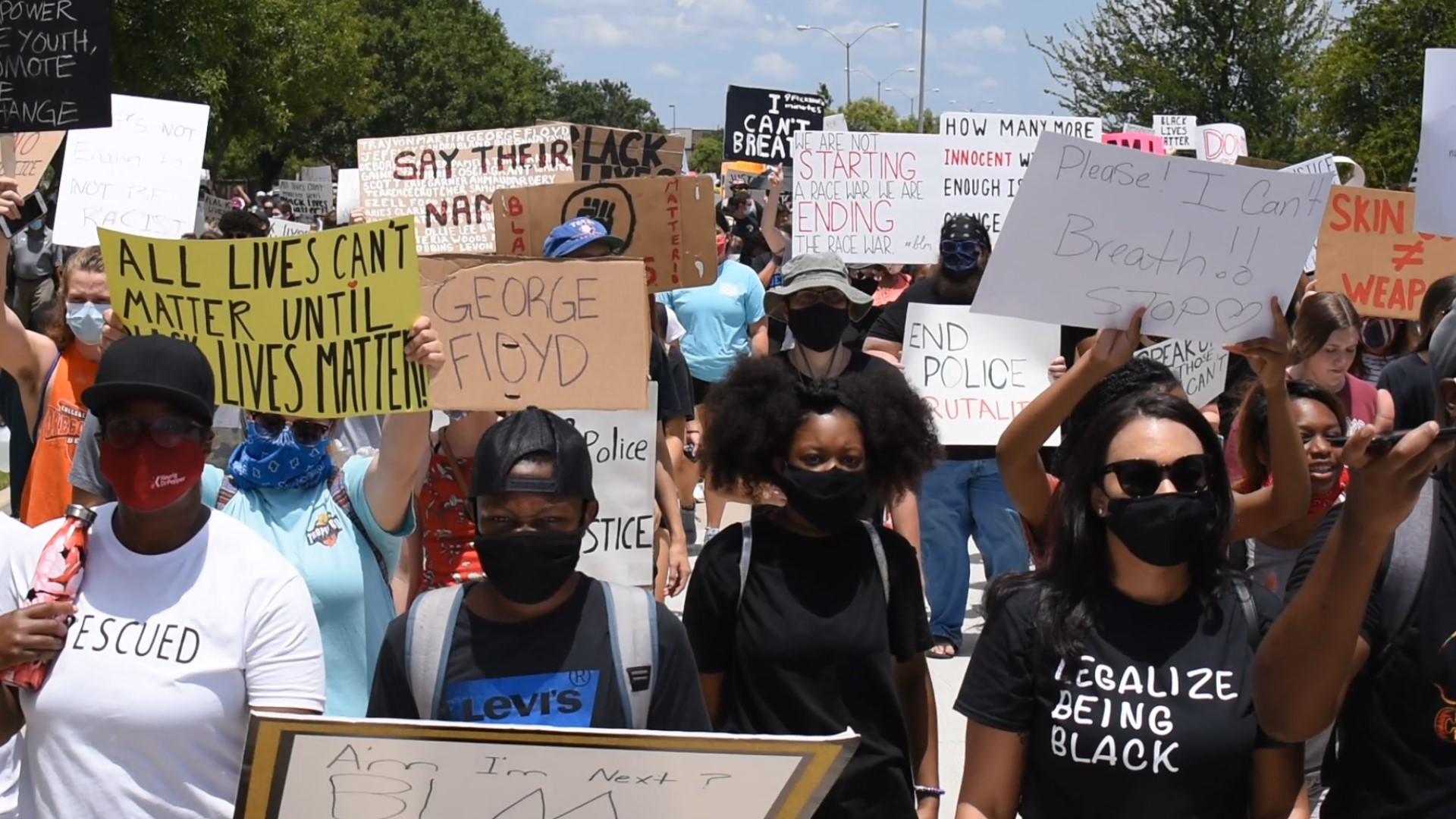 MANSFIELD, Texas — The Mansfield High School Black Student Association expected a few dozen friends, family and classmates to join its march from the school to city hall Friday. The group was surprised when the protest kicked off with hundreds walking and chanting behind them.

“I couldn’t thank everyone enough,” said Samone Jones, 16, vice president of the high school’s black student association. “There’s not enough words in the world to say how amazed I am and how grateful I am for this opportunity right here.”

It’s difficult to say exactly how many people showed up, but one Mansfield police officer estimated between 1,000 and 2,000.

The students who organized it said despite the heat, and without knowing how many people it would draw, the march was something they had to do.

“We thought it was so important to get out here, especially during this time of injustice with Breonna Taylor and George Floyd,” Jones said. “We felt like it was our duty to get out here and make sure our voices were heard.”

Mansfield police blocked traffic to keep the protesters safe, while teams stationed along the way provided masks, water and sunscreen.

The march concluded at city hall where in addition to chanting and holding signs, the students organized a voting registration drive.