Ellis County Republicans have joined the call for Rep. Joe Barton to not seek reelection as new messages revealed conversations of a sexual nature between the congressman and a Facebook user. 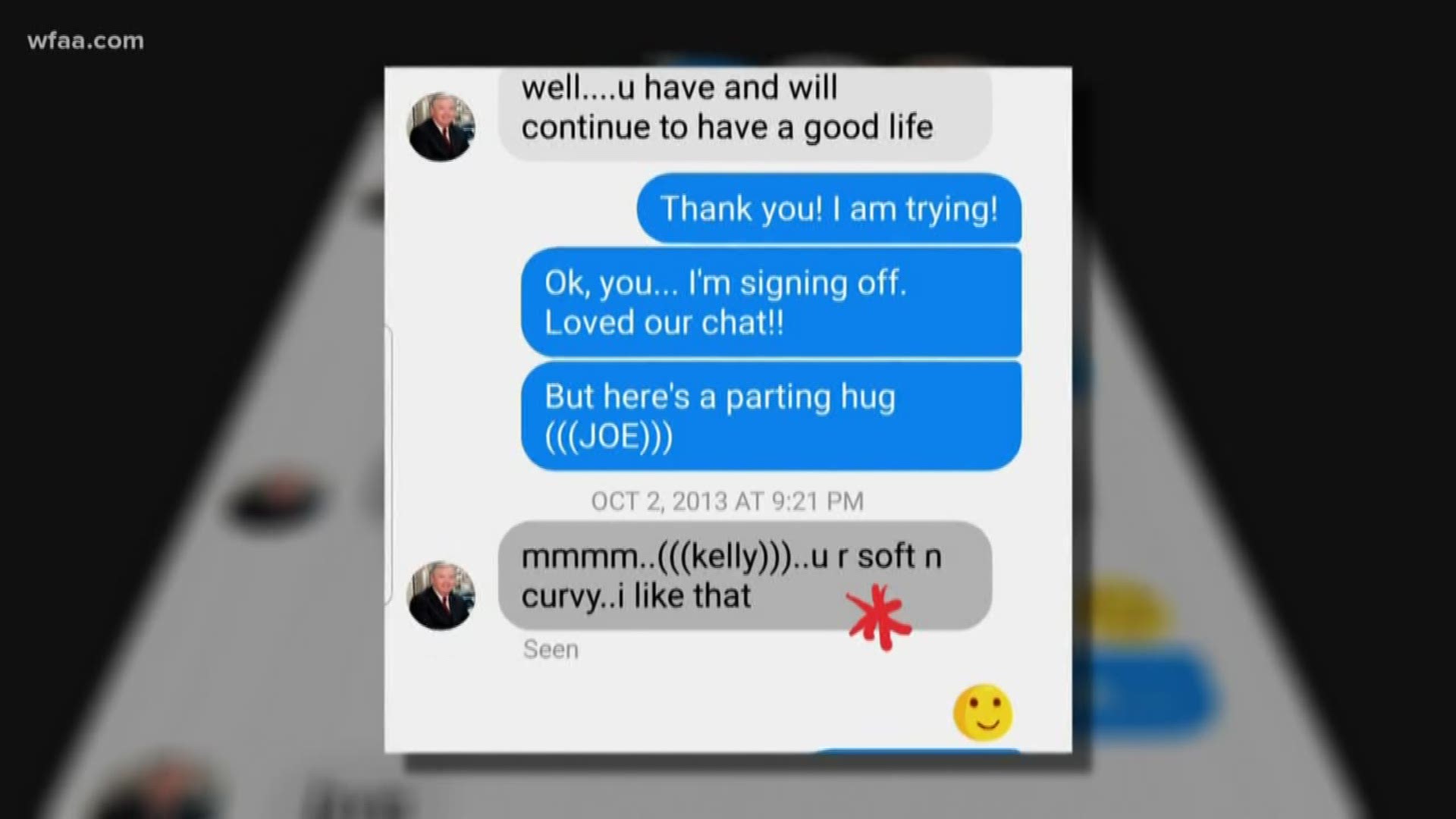 Ellis County Republicans have joined the call for Rep. Joe Barton to not seek reelection as new messages revealed conversations of a sexual nature between the congressman and a Facebook user.

A week after Barton apologized for texting a nude photo of himself to a woman, a Star-Telegram report revealed a series of private messages in which he asked a woman if she was “wearing a tank top only ... and no panties.”

Barton and the woman exchanged the Facebook messages in 2012 and 2013 while Barton was still married to his second wife, Terri.

The woman involved in the exchange, Kelly Canon, said she and Barton had been exchanging messages on Facebook Messenger for several years, mostly discussing politics.

“He took it a step too far on rare occasions,” said Canon, who is active in the Republican party. “He was very fascinated with my attire, to the point of being inappropriate.”

Barton, a 68-year-old Republican from Ennis, on Wednesday confirmed to the Star-Telegram that the message exchange took place.

His office didn't respond to additional requests for comment.

In a statement released Wednesday, the Ellis County Republicans said they're "deeply grieved and embarrassed by the conduct of Congressman Joe Bartons."

"It shows a lack of attention and devotion to his family, constituents and country," said Randy Bellomy, the chairman of the Ellis County Republican Party, in the statement. "His lifestyle is inconsistent with Republican ideals, and he has brought disgrace not ony to Ellis County and the 6th Congressional District, but also to the people of Texas and this great nation."

Tuesday, Jake Ellzey, a retired U.S. Navy fighter pilot who did tours in Afghanistan and Iraq, became the first Republican to file to run against Barton in the upcoming March primary.

"All elected officials should be role models," he said. "They should be held to a very high standard."

State Senator Konni Burton, a Republican, called on Barton to not seek re-election in a statement of her own on Wednesday.

"We must hold public officials to a high standard and recent publicized incidents demonstrate those standards were not met. With only weeks left for primary filing, I am asking Joe Barton not to seek re-election so that Tarrant County can move forward in making sure we send a strong conservative to Congress from District 6," said Burton.