A North Texas family thought the deal they made online to rent a property in Florida was legitimate. Instead, they lost $1,250. 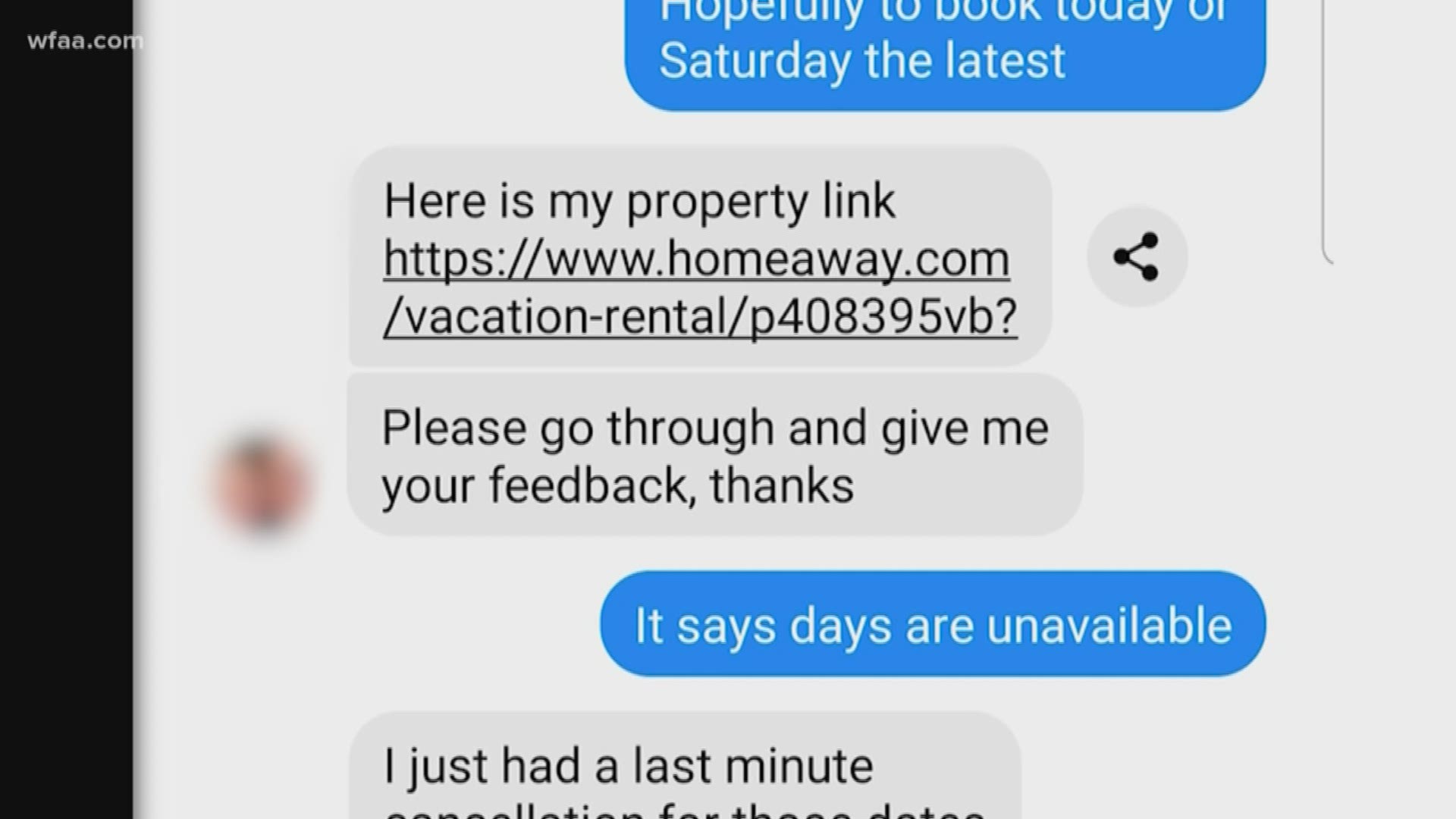 DALLAS — Liz Luna is a business owner, wife and mother. She never once thought she could be scammed.

After a long summer, she and her family decided to take an impromptu summer trip to Florida.

Her sister Alicia Borboa dropped into the Destin Florida Vacation Rentals Facebook group that has thousands of members and she asked for open listings.

"The reason we got on there was because it was quick and easy – I thought," Borboa said.

It sure seemed easy when minutes after Borboa's post asking for openings, a woman said she had a space that fit their needs. That woman then sent them the property listing from a legitimate rental site, HomeAway.

"They forwarded the link from HomeAway, I looked at everything, and there was no reason for me to think it was a scam," Luna said.

The woman said the family could book through HomeAway, but they would avoid surcharges and book immediately by sending money through the app Venmo.

Two weeks and an 11-hour drive later, they showed up to their condo building on the beach with a door code that didn’t work.

"I was embarrassed at first, and then I was pissed off," Borboa said.

Their family of nine was stranded on a sold-out weekend in Destin, and they were forced to make a new plan. They recognize not everyone would be financially able to.

"We’re fortunate that we could drive to Orlando and had a way to make it work, but I know a lot of families who save their money all year and you go on vacation and there’s nowhere to stay," Luna said. "What do you do?"

There’s not much you can do, so it’s important to be careful when booking.

HomeAway says travelers should look for red flags, such as poor spelling or grammar in messages, anyone who wants to communicate outside of a reputable rental site or have you pay them personally through a third party, wire transfer, certified or cashier’s check.

"I guess we live and learn, right?" Borboa said.

These sisters did learn, and now they hope you don’t have to next time you're booking.

"I just don’t want it to happen to other people," Luna said.