They showed up ready to address critics who deny mainstream climate science and say students should “go back to class.” 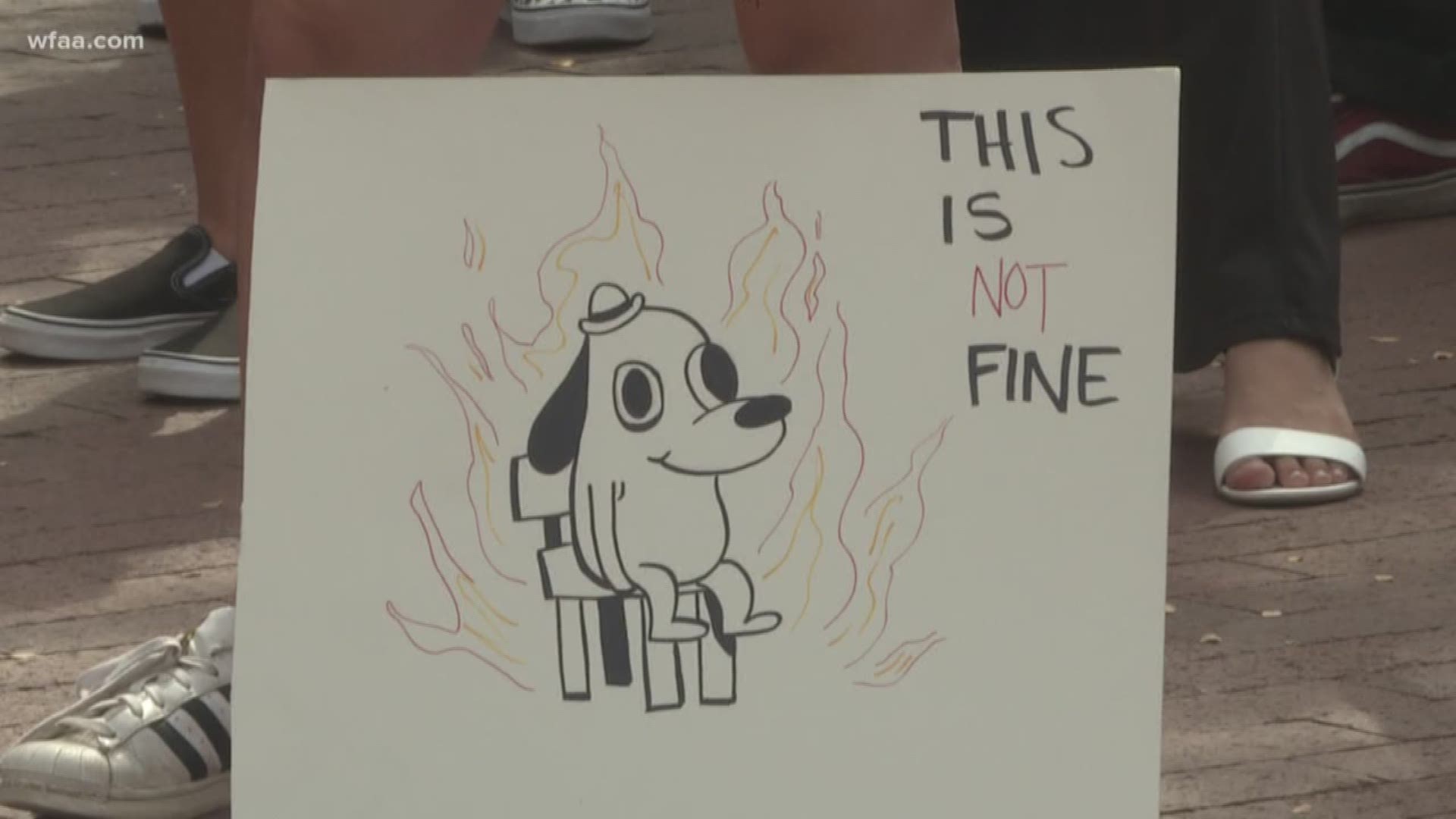 FORT WORTH, Texas — Hundreds of protesters in Denton and Fort Worth joined millions in other countries calling for governments to take climate change seriously in Friday’s Global Climate Strike.

The movement sparked protests from Antarctica to Europe and just about everywhere in between. They called on governments to end dependency on fossil fuels and transition to a world that runs on 100 percent renewable energy.

Dozens took to the streets outside city hall in Fort Worth and called city leaders to do the same.

“We are destroying this planet really fast and it’s only getting worse,” said Eric Luna, protester. “Something needs to be done.”

Hundreds of students gathered at a similar rally on the University of North Texas Campus.

Students arrived ready with signs and slogans aimed at the critics who roll their eyes and say the students should all just go back to class and those who deny mainstream climate science.

Rachel Moes held a sign that read, “Why should I go to school if you don’t listen to the educated?”

"They say, 'Focus on your education,' but then when we get out, if we become scientists, they say, 'They don’t know what they’re talking about,'" Moes said.

Protesters in Fort Worth say they aren't protesting to start an argument, but rather to save the planet, which benefits everyone.

"Everybody’s thinking that everybody out here is a bunch of hippies or something like that but that’s not true… it’s a bunch of people who are most aware of the world’s biggest crisis."