'We need profound change': Young protesters speak out at Fort Worth climate strike

As the United Nations begins a Climate Change Summit in New York, millions around the world united to demand that nations do a better job of cutting greenhouse gases 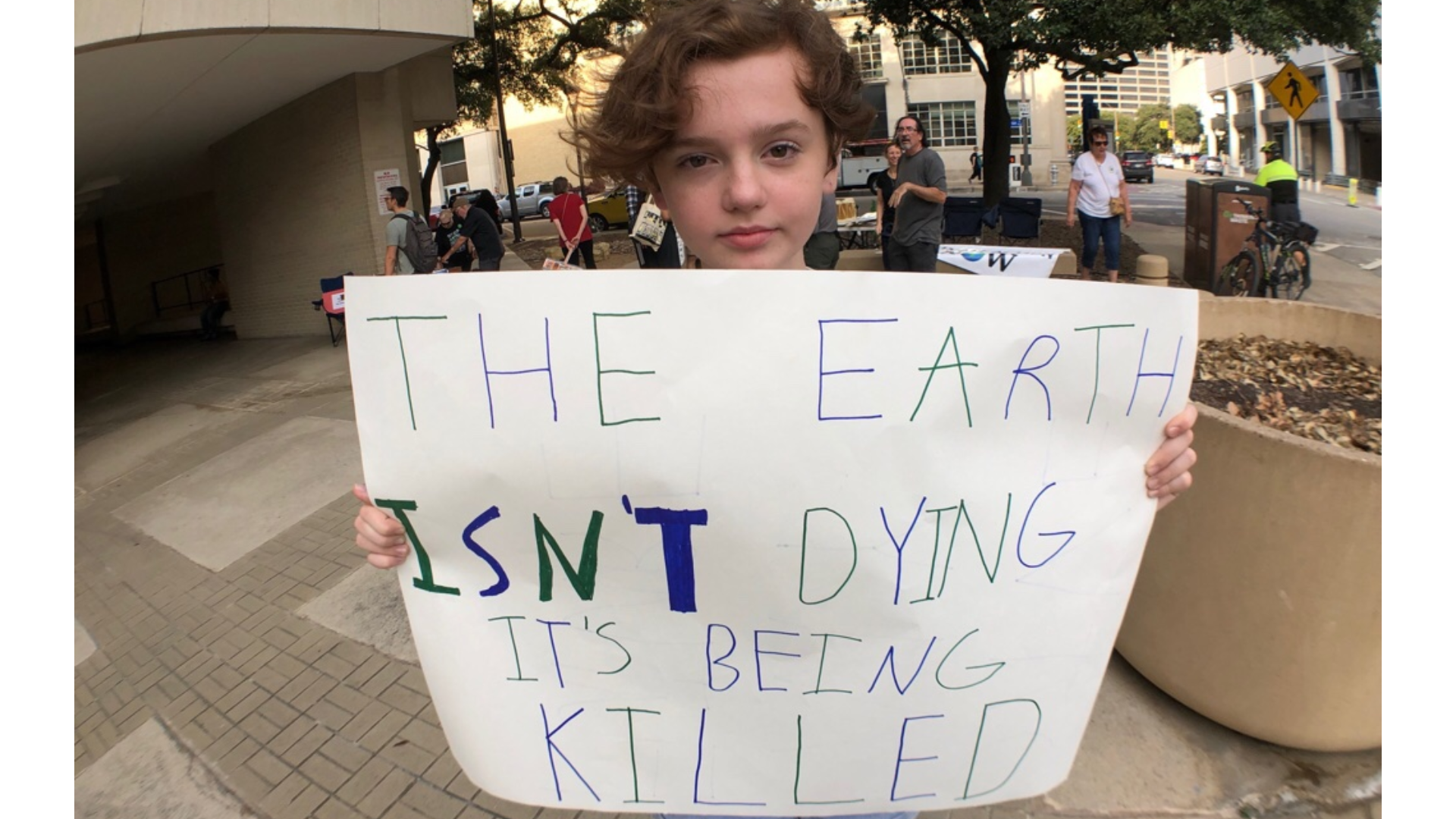 FORT WORTH, Texas — It’s Friday morning and Libby Connolly, a sophomore at Fort Worth’s Paschal High School, should be in geometry class.

Instead, she’s in the car with her dad headed to downtown Fort Worth.

“We're heading off to City Hall to start off the morning for this climate change strike," she said. "Hoping there will be a lot of people there. Hoping for a good turnout."

She skipped school and her dad was cool with it.

“I have no problem with it, at all," said Stephen Connolly. "I think this is really important."

Libby added one voice Friday to a chorus of climate strikes around the world. Kids and adults walked out of school or work to protest for climate change action.

Credit: David Schechter
Libby Connolly, a sophomore at Paschal High School, joined a group of about 200 climate activists in Fort Worth.

The movement is inspired by 16-year-old Swedish activist Greta Thunberg.

Chances are, the kids in your life are much more worried about climate change than you are.

“I don't think [climate change] is the end of life but it will definitely decrease the standard of living, the quality of life of everyone us,” said Madeleine Jones, a senior from Richardson participating in the Fort Worth protest.

“Look at the environment and how it's changing so quickly,” said Michelle Saah, also a senior from Richardson. "And I think that us making a change here is going to bring more people to be aware of this and bring people to act on this. And not just people, but authority figures."

The global protests are timed to draw attention to the United Nation's climate change summit on Monday in New York.

“The general public can mobilize," said Antonio Guterres, the UN's general secretary, in an interview for a global consortium of media outlets called Covering Climate Now. "We have seen the youth with fantastic leadership in this regard."

Guterres is calling on the nations of the world to honor the landmark Paris Climate Agreement, an agreement to limit human-caused global warming to 2.7 degrees Fahrenheit by drastically cutting greenhouse gas emissions.

Since 2016, when the ambitious agreement was signed, global CO2 emissions have continued to rise and the United States has withdrawn from the accord.

Back in Fort Worth, an estimated 200 people turned out for the local climate strike.

“It’s been super breathtaking how many people have shown up to this," Connolly said. "How many truly care about our world, our earth, what's happening. So, it's really amazing."

One voice among millions around the earth.