Permitless carry bill passes in Texas Senate. Now it goes back to the House

There were multiple changes made to the bill, including enhancing penalties for felons caught with guns. 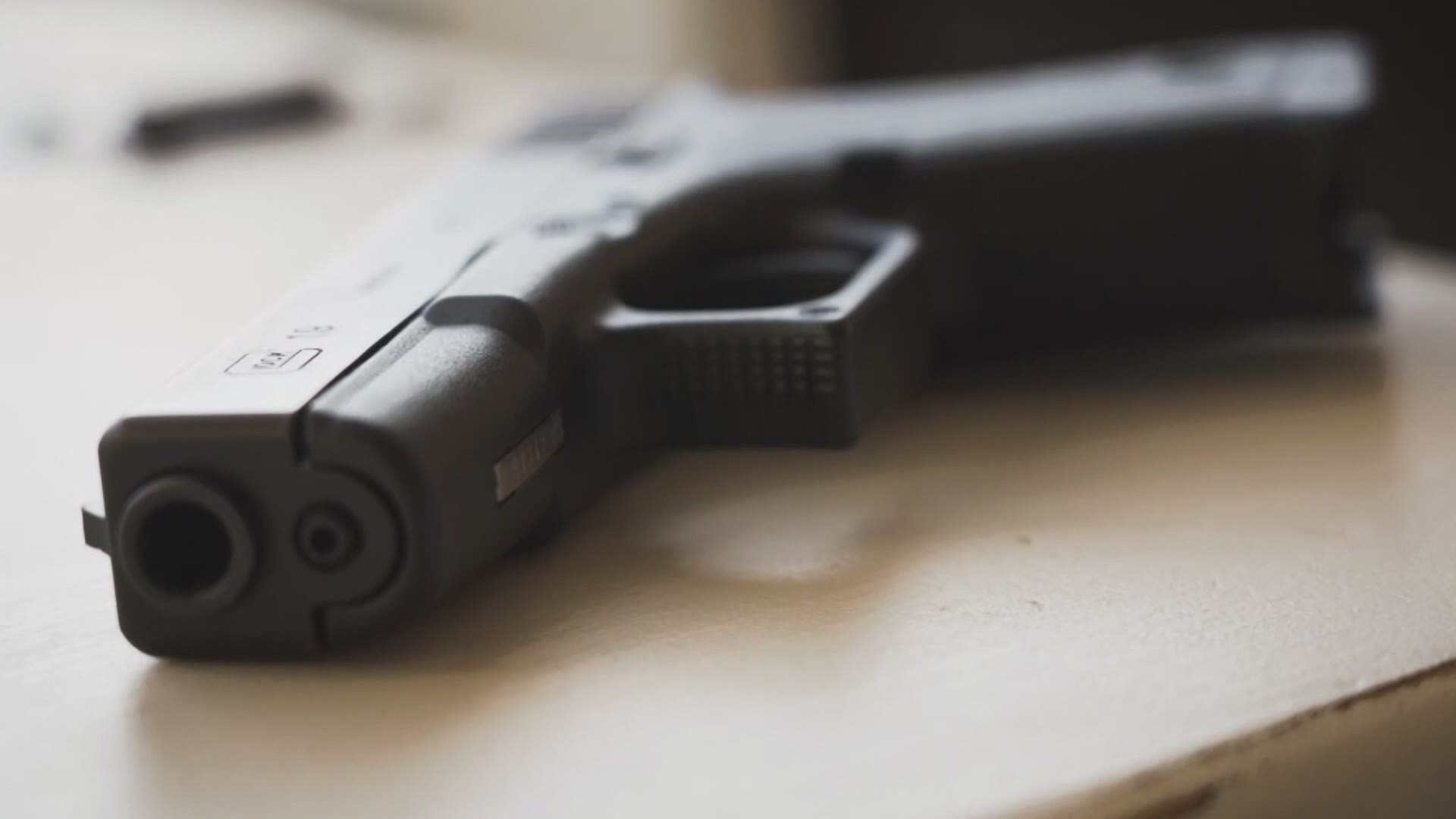 AUSTIN, Texas — Updated at 6:44 p.m. with details about the process in the Senate.

A bill that would allow the permitless carrying of guns took another step forward to becoming law on the state Senate floor Wednesday afternoon.

Senators passed House Bill 1927 with 18 for and 13 against. The bill, if approved again by the House and Gov. Greg Abbott, would let anyone carry a gun in Texas without training or a permit. The only people who would be prohibited from permitless carry are people who have felony or family violence convictions.

Those convicted within the past 5 years of a terroristic threat, deadly conduct, assault causing bodily injury, and disorderly conduct with a firearm were added to that prohibitive group as an amendment Wednesday.

There were multiple changes made to the bill, including enhancing penalties for felons caught carrying from a 3rd to 2nd-degree felony charge. Now that the Senate has passed the bill, it goes back to the House for final approval with the added amendments, because the bills out of both chambers must match before they go to the governor for his signature.

Abbott has said that he will sign the bill if it makes it to his desk.

Last month, Lt. Gov. Dan Patrick said the Senate did not have the votes for the legislation, but he was trying to find a way to move it through the process, according to the Texas Tribune.

In a poll from the University of Texas and the Texas Tribune, overall 59% opposed permitless carry.

It's been a decades-long push by gun rights supporters to remove much of the licensing requirements to legally carry a handgun in Texas.

Current Texas law requires that in order to receive a permit for concealed or open carry of a handgun, a person must be at least 21 years old, pass a fingerprinted background check, complete four to six hours of classroom or online training, pass a written exam, and pass a shooting safety and proficiency test.

“The bill is to allow an individual to protect him, and his family in these troubling times, by allowing these law-abiding citizens to carry a permit-less manner handgun," Schwertner said.

Republicans have labeled the law "constitutional carry," saying that people should have a right to carry a gun without a license.

"Why is it that we have to have a permit for our second amendment rights," said Texas GOP Chairman Allen West, in a news conference in April.

On April 13, sheriffs and police chiefs from across Texas, including Dallas Police Chief Eddie Garcia, gathered in Austin to voice their opposition to the "constitutional carry" of handguns in the state.

"A minimum level of training is not asking too much for carrying a firearm and it is consistent with the second amendment," said Garcia.

He cited a fatal shooting of an 11-year-old by a 9-year-old boy in a vehicle in a Dallas-area parking lot as evidence of needed education on gun safety and storage. He also said the inability of officers to tell a "good guy with a gun from a bad guy with a gun" makes their jobs more difficult.

“Can you list any provisions that will make the job safer for law enforcement,” asked Sen. Royce West, (D-District 23).

Across the country, 21 states have some form of constitutional or "permitless" carry of handguns.

Under HB 1927, handguns are still be prohibited inside certain places, including:

Reporters Teresa Woodard and Malini Basu contributed to this story.