The Texas GOP Chairman Allen West countered by asking, "But why is it that we have to have a permit for our second amendment rights." 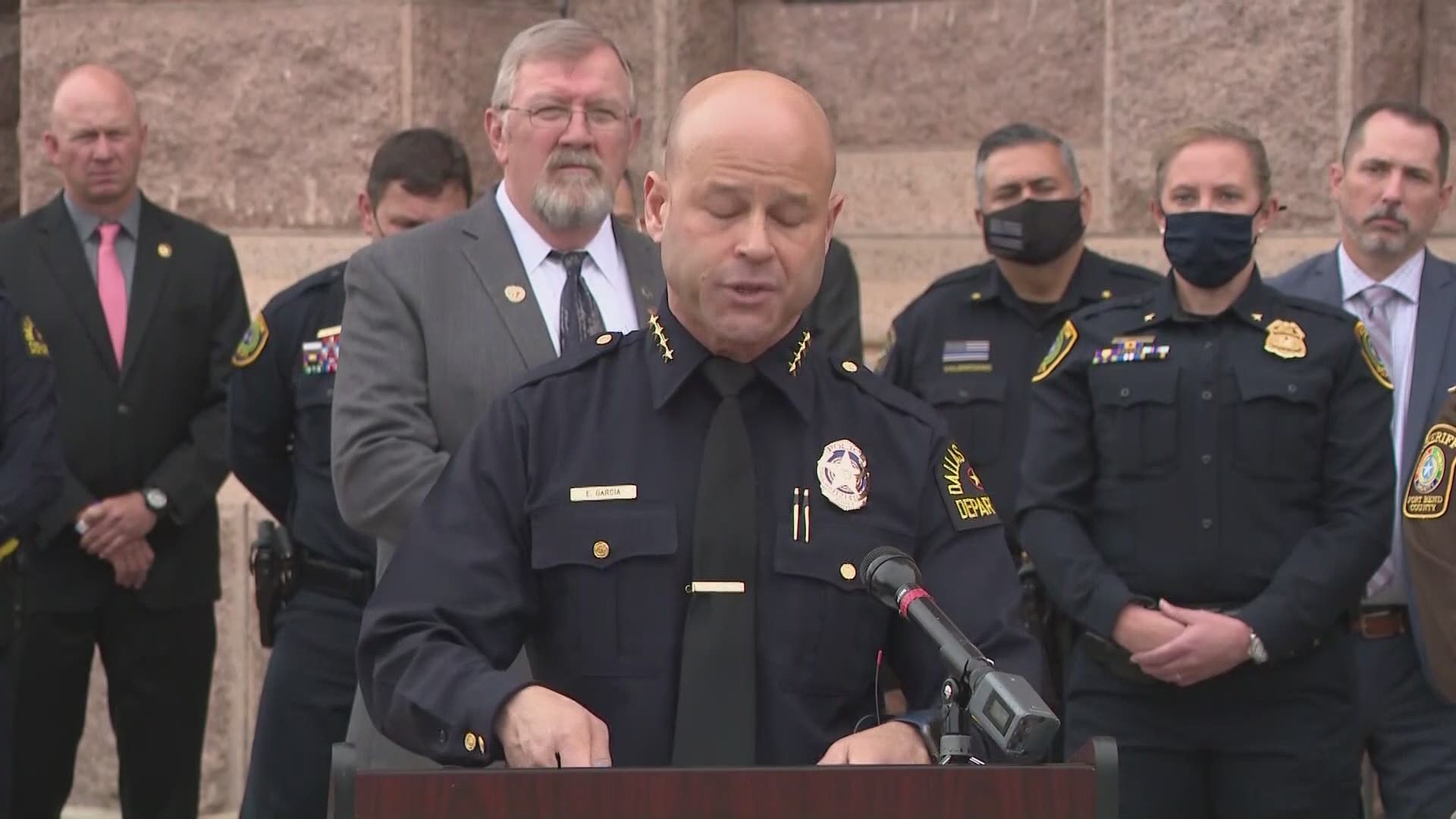 Law enforcement leaders from across Texas, including Dallas Police Chief Eddie Garcia, gathered in Austin Tuesday morning to voice their opposition to the "constitutional carry" of handguns in the state.

This comes in response to proposed legislation and a decade-long push by gun rights supporters to remove much of the licensing requirements to legally carry a handgun in Texas.

Current law in Texas requires that to receive a permit for concealed or open carry of a handgun, an individual must be at least 21 years old, pass a fingerprinted background check, complete four to six hours of classroom or online training, pass a written exam, and pass a shooting safety and proficiency test.

"Why is it that we have to have a permit for our second amendment rights," said Texas GOP Chairman Allen West, in a news conference conducted on the sales floor of the Texas Gun Experience in Grapevine.

An advocate for House Bill 1911, West said the time has come for "constitutional carry" in Texas, that other than passing a criminal background check someone should be able to carry a gun without a state-issued permit.

"But if you pass that background check then that firearm is yours," West said. "And here in the state of Texas we should not have to ask for a permit to carry the firearm that we are legally able to have because of our constitutional right."

Garcia joined other police chiefs and sheriffs from across Texas to speak out on the issue.

"A minimum level of training is not asking too much for carrying a firearm and it is consistent with the second amendment," said Garcia.

He cited the recent fatal shooting of an 11-year-old by a 9-year-old boy in a vehicle in a Dallas-area parking lot as evidence of needed education on gun safety and storage. He also said the inability of officers to tell a "good guy with a gun from a bad guy with a gun" makes their jobs more difficult.

"It makes our job, the job of our men and women, more dangerous," Garcia said. "Gun owners have a duty to insure that their firearms are handled safely and a duty to know applicable laws. The licensing process is the best way to make sure this message is conveyed."

"This is a bipartisan issue," added Doug Griffith, of the Houston Police Officers' Union. "This is a safety issue. We believe that anyone who can take that class, legally, should. And have the right to carry."

Across the country, 21 states have some form of constitutional or "permit-less" carry of handguns. It is unclear if there are enough votes to advance two measures in Austin this session that would do the same in Texas.