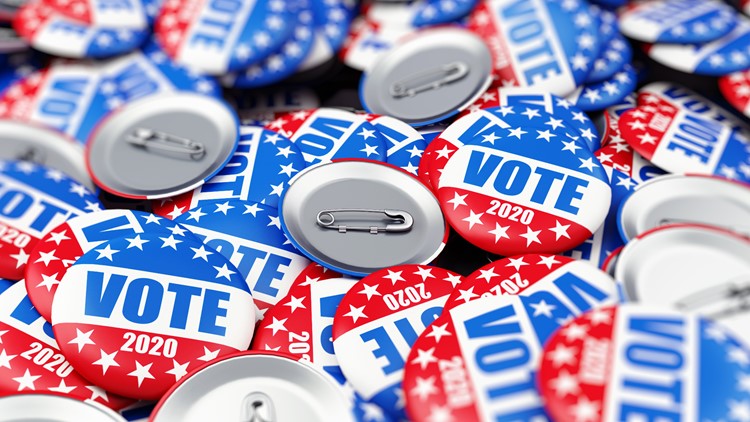 Meet the Texas Democrats running for US Senate

There are 12 Democrats running during the primary for the U.S. Senate seat currently held by John Cornyn.

WFAA sent questionnaires to each of the candidates ahead of early voting and the March 3 primary, best known as Super Tuesday.

Here is how each candidate responded:

I am running for the U.S. Senate to ensure that Texans can get the results that they deserve. We have seen too many politicians come into communities, over-promise and then under-deliver. You must have effective servant leaders in office with a focus on people and an ability to deliver results for them.

The driving factor in my decision to run for office was determining what I could offer my state as a US Senator. After careful examination, I believe that my experience and work on behalf of Texans to do things like secure a teacher pay raise, pass body camera legislation, make much-needed changes to the foster care system, and more, shows that I am the best and most appropriately qualified candidate for this race. I'm running for US Senate because Texas needs an experienced leader who knows how to work with and build diverse coalitions to accomplish important goals. I've done that for more than two decades in the Texas Senate and I will do the same for Texas in Washington.

Harris did not return a questionnaire. His campaign site is victorfortexas.com.

We can think of our political landscape in three distinct facets: 1) the traditional issues we face: climate, healthcare, economy, etc.; 2) the internal functioning of law-making: how the inside game of Washington is played; 3) public will: how the rest of us are selecting candidates to play the inside game to impact the issues. I think we complain a lot about 2 & 1 being broken and when we talk about 3 being broken, we like to focus on voting access or the electoral college, etc. I am running to impact all three facets of our political landscape. The difficulty of my candidacy is that impacting facet 3 is exceedingly difficult, given the polarization of our current two-party system. Facet 2 may be impacted more easily, and it requires establishing penalties for Congress not engaging in sober constructive policymaking, regardless of their specific political identity. Adopting more policy allows for data to be gathered, which moves us past theory. Most candidates and constituents want an ultimate impact to facet 1 (issues), but we need to have a clearer understanding of why making change in this area is dramatically hampered by the other facets.

RELATED: Meet Adrian Ocegueda, a candidate for US Senate race

I am running because, in the richest country in the history of the world, life should not be this hard. 2016 was a wake-up call to me, and I am running because we are running out of time. Finally, I am running because I know that John Cornyn can be beaten, but it is going to take someone operating from a different playbook, with the moral clarity, the political courage and the work ethic to get it done.

I am not a career politician but I have served in Congress and I believe that is where I can do the most good for the most people. I want to be part of a wave that that returns our country to its core values.

RELATED: Meet Chris Bell, a candidate for US Senate race

I’m running for Senate because when I imagine the world my son is going to inherit, I want him to be proud of what we stood up for together. I want him to know that in a moment where 1 in 6 Texans didn't have access to healthcare and millions were struggling to make ends meet when communities were being pitted against one another, and our world was experiencing a climate crisis, we came together and worked as hard as we could to address these challenges and make government work for working people.

To give teachers pay raises. Reform the education system. To fix and repair the Affordable Care Act. I desire to bring in Universal background checks for gun owners. I desire to reform the Criminal Justice System and establish a Bail Reform program that gives disadvantaged youth a chance.

RELATED: Meet Michael Cooper, a candidate for US Senate race

Hunter did not return a questionnaire.

I have been an activist and community advocate for most of my adult life. During that time, none of our elected representatives have acted on issues of healthcare, environment, systemic racism, systemic poverty, and ending the war economy. I want the policies that I represent to positively impact the people of Texas and the United States. I am committing at least six (6) years of my life to serving in Congress to accomplish these goals.

RELATED: Meet Sema Hernandez, a candidate for US Senate race

I am running for the U.S. Senate, because I know there is "A Better Way", and I intuitively know my economic model, The Cycle of Return-Incentives for Texas Counties, is applicable to all 3,142 counties, county equivalents, and the District of Columbia. My main concern is the 254 counties in Texas.

As a rescue helicopter pilot flying wildfire suppression missions, I was trained to find the biggest bucket of water and use it to put out the biggest fire I could find. I got into this race because that fire is in the US Senate, where all progress on critical issues impacting everyday Texans and the future we are leaving my boys is being halted.

When I look at DC, I don't see the Texas values of courage, independence, and service represented, and it's time we sent them an ass-kicking Texas woman to deliver a dose of those values. As someone outside the political system with a proven record of taking on tough fights, I'm best positioned to defeat Senator Cornyn and get our government working for Texans.