The Republican senator said in a statement that he had flown down with his daughters and was flying back to Texas on Thursday. 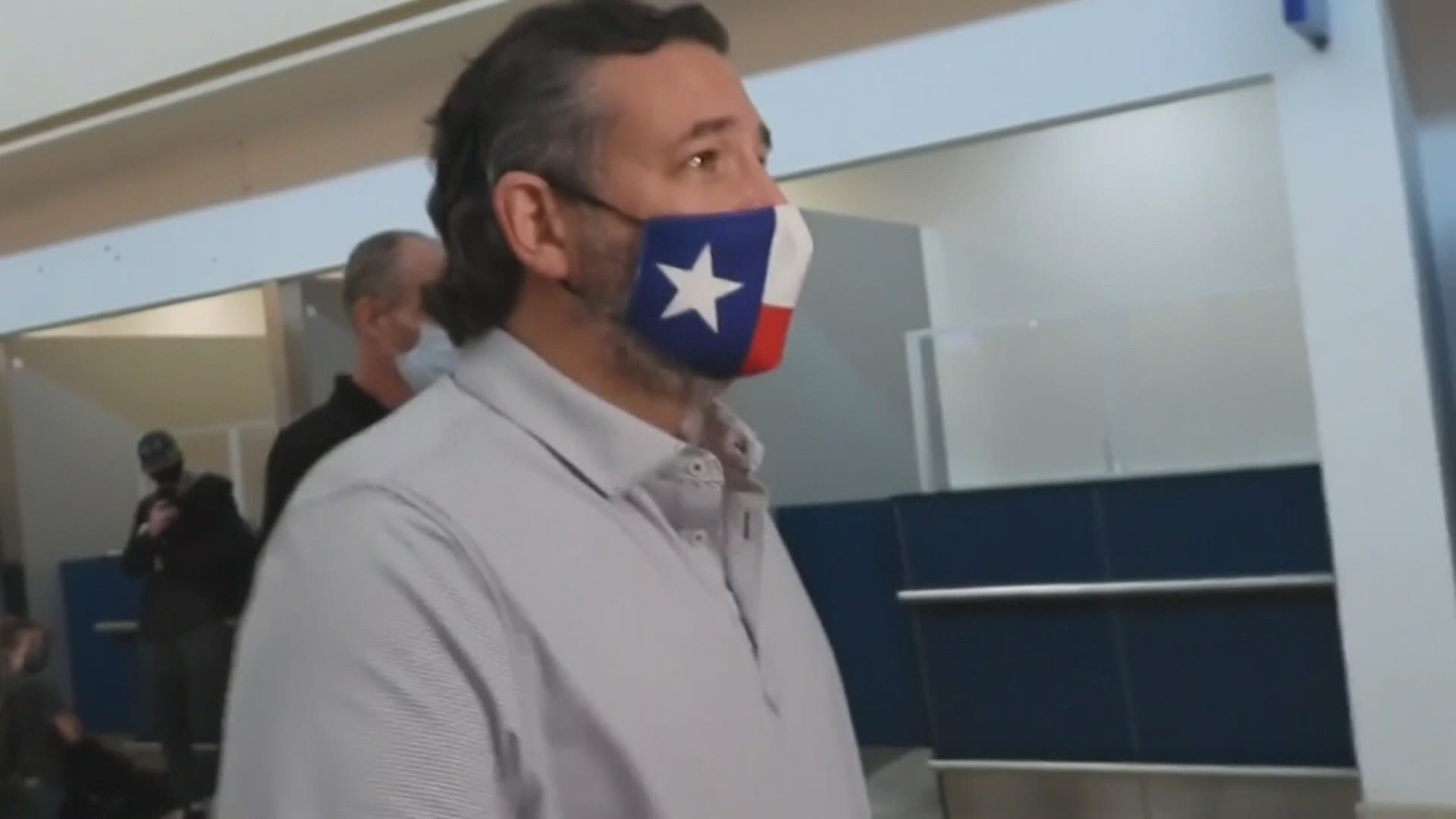 Earlier in the day, Cruz confirmed in a statement that he had flown to Mexico with his daughters and was flying back on Thursday. The trip came as his home state grapples with winter weather that left millions of residents without power or safe drinking water.

"With school cancelled for the week, our girls asked to take a trip with friends. Wanting to be a good dad, I flew down with them last night and am flying back this afternoon," a statement from Cruz read, in part.

It's not clear when Cruz's return flight was booked.

The Houston Police Department confirmed that a member of Cruz's staff requested assistance for the senator at George Bush Intercontinental Airport on Wednesday.

Cruz said in his statement that his family had also lost heat and power.

"My staff and I are in constant communication with state and local leaders to get to the bottom of what happened in Texas," said Cruz. "We want our power back, our water on, and our homes warm. My team and I will continue using all our resources to keep Texans informed and safe.”

When asked if President Joe Biden had a reaction to Cruz’ Mexico trip, Press Secretary Jen Psaki said the White House didn’t have an update on his whereabouts.

“Our focus is on working directly with leadership in Texas and the surrounding states on addressing the winter storm and the crisis at hand,” Psaki said. “Many people across the state who are without power, without the resources they need, and we expect that would be the focus of anyone in the state or surrounding states who was elected to represent them.”

The Republican, usually an active Twitter user, has not posted since just after 6 p.m. Wednesday.

Millions of people across the state have suffered without power during bitter cold weather, followed by busted pipes and no or low water pressure.

Cruz has already faced recent criticism for his support of former President Donald Trump's election fraud claims. Now, he must also grapple with the blowback for his trip to Mexico.

The Republican senator may be contemplating the possibility of a second presidential run in 2024. The two-term senator’s current term expires in early 2025.

The Associated Press and KHOU Staff contributed to this report.