How a proposed consumption tax would eliminate property taxes in Texas 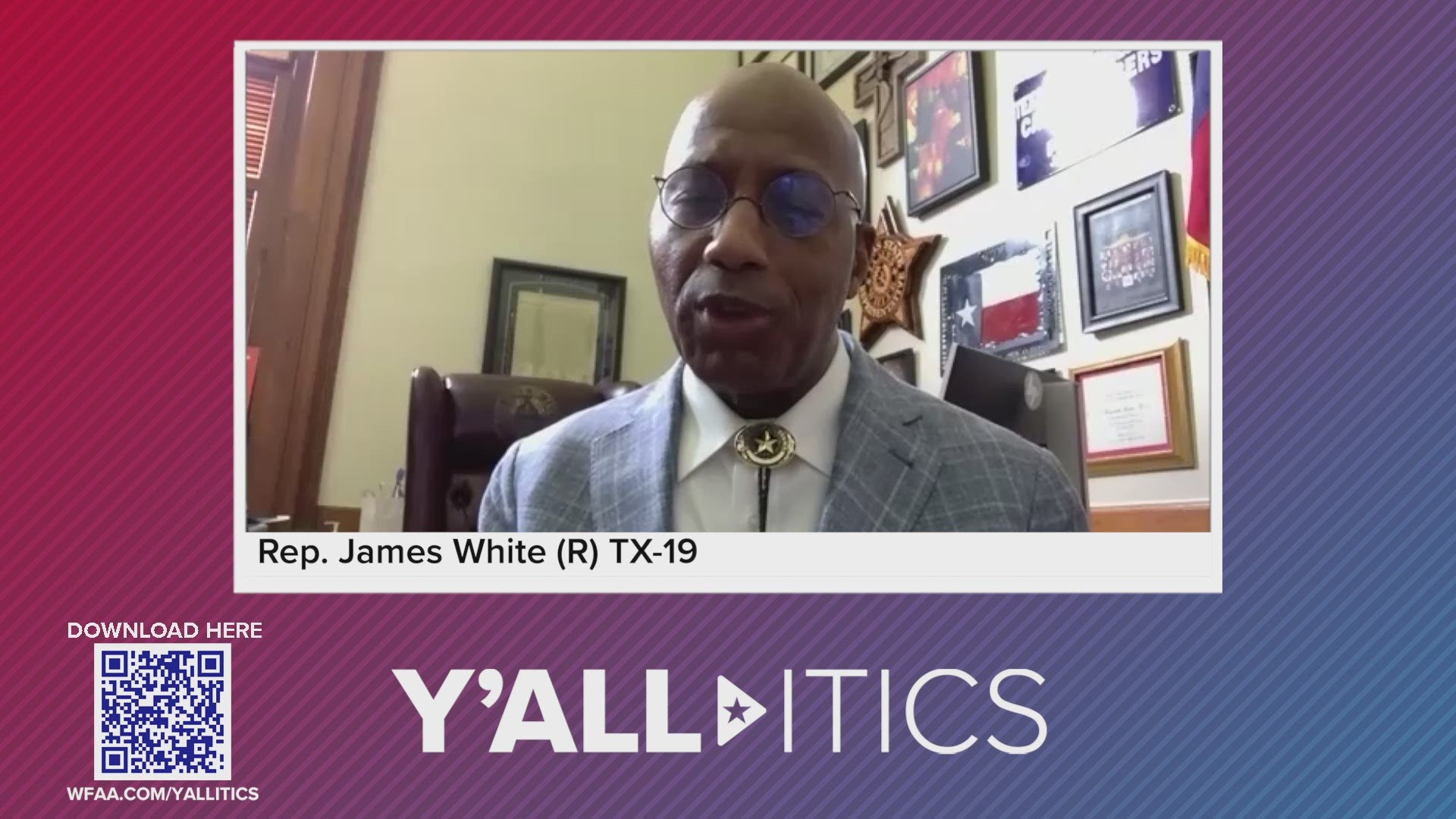 You may not know this, but Texas has a history of abolishing its property tax.

“We don’t use our property like we probably used it 150 years ago when we were growing corn or cotton. We’re not really making any revenue income from our property, so to speak,” White said on Y’all-itics. “And the way that we are funding our local governments… we have this very awkward state property tax code. We need a 21st century system.”

White said he would would eliminate the local property tax and replace it with a flat consumption tax.

He said it would be a far more transparent system than the current, confusing bureaucracy surrounding property taxes. Even the effort to protest an appraisal costs Texans time and money, White said.

“You pay it once. It’s over. And we believe it will provide the funds for our maintenance and operation of our schools," said White.

RELATED: The DIY guide to protesting your property appraisal

What is a consumption tax?

A consumption tax is, in essence, a sales tax along every point of product distribution where money changes hands.

Initially, White’s plan would only provide the funding for the maintenance and operation of public schools. But keep in mind, school taxes are currently a huge chunk of your property tax bill, so it would have the potential to dramatically reduce the dollars you spend.

White also thinks it might be a good idea for the state to set a deadline to completely rid itself of the property tax system, forcing lawmakers to work towards that goal. Another bill -- House Bill 59 -- under consideration would set 2024 as this potential date.

Arguments against a consumption tax

Some critics of a consumption tax argue it would shift more of the tax burden over to poorer members of the community, since they have to spend more of their income on goods and services. White countered that all taxes are regressive at heart.

“When I look at my district, a lot of good, hardworking families may rent or lease a home or a place to live. Well, guess what? That property tax is embedded into that rent or least payment, okay? How much you tax is very much an issue, but how you tax is as well,” he said.

Another often heard complaint about a consumption tax is the fact that it could be susceptible to economic downturns, which the COVID-19 pandemic has made us all painfully aware of.

White said sales tax revenue did take a hit during the worst of the pandemic but has since recovered. He argued that since a consumption tax would track with population and economic growth, it might give elected officials more pause before shutting down an economy.

The East Texas Republican represents District 19, which includes Jasper, Livingston and Woodville. He said continuing on with the current system would be far worse than trying something new. In fact, he told Y’all-itics one of his constituents was recently complaining about a property that had just increased in value by nearly 1,600%.

The representative’s bill is currently stuck in committee. White said he’ll keep fighting to get it heard.

He said he’s also recently talked to Speaker Dade Phelan about addressing the property tax issue during a special session this summer, and also plans to talk with Lt. Gov. Dan Patrick, who presides over the Texas Senate.

White said he’s not the only lawmaker hearing from constituents complaining – often loudly – about property taxes.