A leader expert on protesting appraisals says homeowners can go on offense or defense. 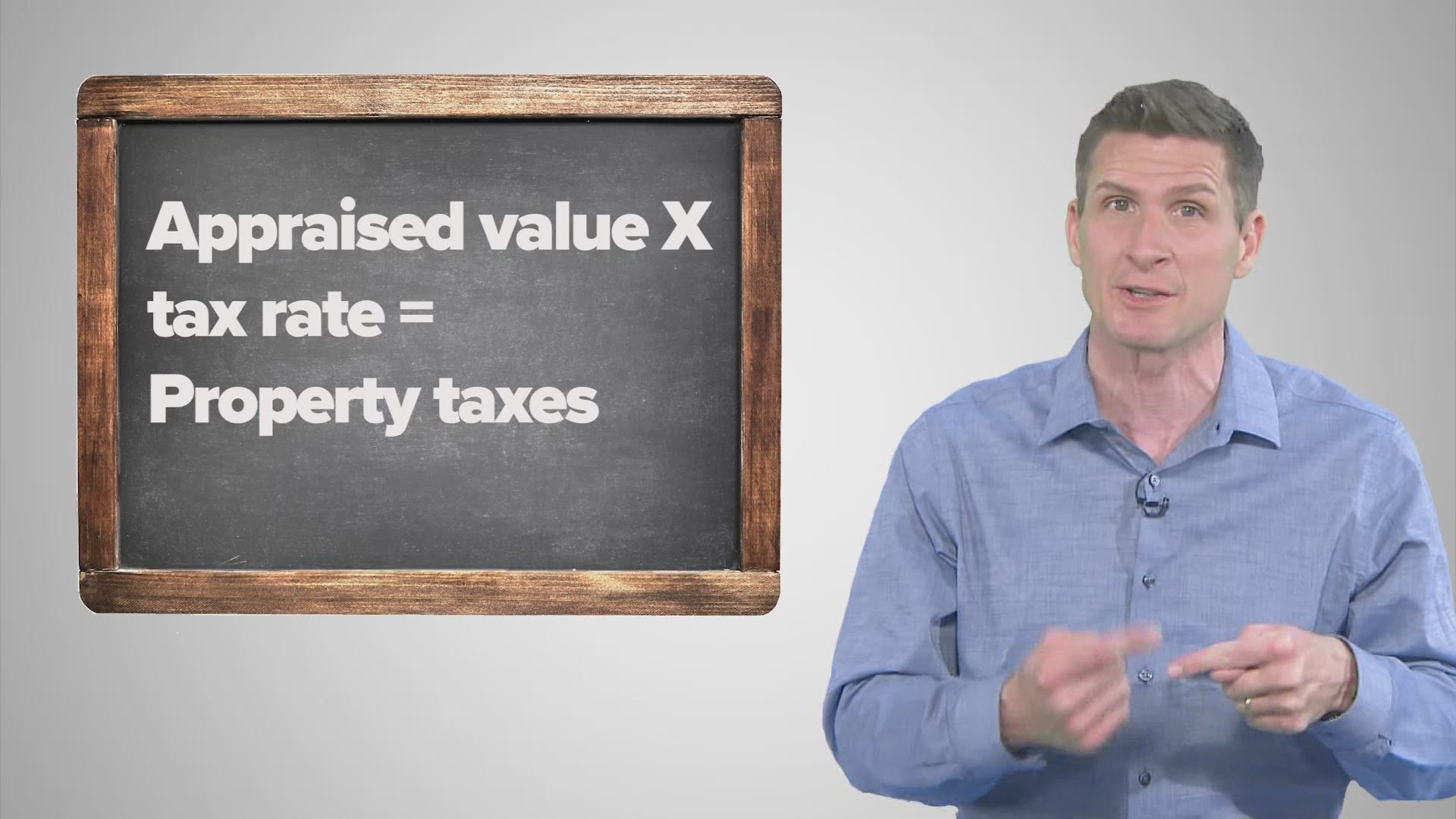 DALLAS — ‘Tis “the season” again… that magical time of year when Texans walk to the mailbox with a mix of resentment and trepidation, take a deep breath, and then dare to look at their property appraisal.

And this year, there’s been a lot of emotion as homeowners open their envelopes.

“We get people… calling on the phone crying. I mean, they have no answers. They have no idea,” Tarrant County realtor Chandler Crouch said on Y’all-itics. “They know they’re going to get stuck with a huge tax bill. And they know they can’t afford it, because they’re paying the maximum that they could pay right now.”

Listen to the podcast to also learn why you should take a Homestead Exemption if you haven’t already; why you should show up to city and school board budget meetings; and what other options might exist to replace property taxes.

Subscribe to Y'all-itics wherever you get your podcasts: Apple Podcasts | Google Play | Spotify | Stitcher | Amazon Music

Chandler Crouch is not only a realtor. He’s also one of the foremost experts on how to protest your taxes successfully. Last year alone, he said he helped 20,000 residents protest.

An offensive vs. defensive approach

If you disagree with your appraisal, don’t get mad. Get educated. Crouch said there is a defensive and offensive approach you can take.

“The defensive side is to ask the appraisal district for the evidence that they’re going to use against you,” he told the Jasons. “And you get that evidence in advance. You can see which properties they’re comparing against yours. You can drive around and go look at those properties, take pictures of them and bring reasoning to the table.”

Should you decide to go on offense, then Crouch said the goal is to argue that the condition of your property isn’t what the appraisal district says it is.

“Document condition issues with photos or get estimates from contractors showing that your house is in need of repair,” Crouch advised. “And also get comparable sales from a realtor just showing what other types of sales there that you would suggest they use as evidence to support a lower valuation for your home.”

The timetable is important. Crouch said the value notice you receive is based on home sales all the way back to the first day of the previous year. So, he says the appraisals that just came out are based on sales from January 1, 2020 through around March 31, 2021, meaning you should ask for comps over a lengthy period of time.

Another expert tip: Crouch said there is a chance you could deduct some value from your home if you suffered damage from a natural disaster, such as the February power catastrophe in Texas.

The only catch? You’d have to be in a pretty bad situation to qualify, because the damage has to total 15% or more of your value.

A system in crisis

Crouch said there’s a reason he’s been so busy helping people protest… he thinks the property tax system in Texas is in crisis. But he also admits there are no easy or quick solutions.

Many homeowners are seeing their values jump dramatically simply because their neighbor sold their house for a much higher figure than they paid for theirs.

And the intensely hot housing market also means there’s a supply issue – there just aren’t enough houses to keep up with demand.

Mirroring trends nationwide, the median house price in D-FW is up 12% this year over the same time last year, according to data compiled by Realtor.com. The number of houses available, however, is down 69%.

“We all want to see our neighborhoods increase in value. We want to have great schools. We want to have all the good things that come with living in a nice area. We just want to be able to afford the house we bought and not get forced out of it by taxes.”

Crouch recently testified before lawmakers in Austin in support of House Bill 2311. That legislation would limit the amount an appraisal could jump in a year to 5% if you have a Homestead Exemption. Without one, the cap would be 10%. But the bill is currently stuck in committee.

Crouch said he’s talked to a number of experts since that testimony who say even 5% is too high.

“We should shoot for 3% or 2% or zero. I mean zero would be ideal, but we’re still going to have to pay taxes," said Crouch. "That tax revenue doesn’t just disappear. There’s a need for it that has to be fulfilled and it’s going to come out of your pocket.”