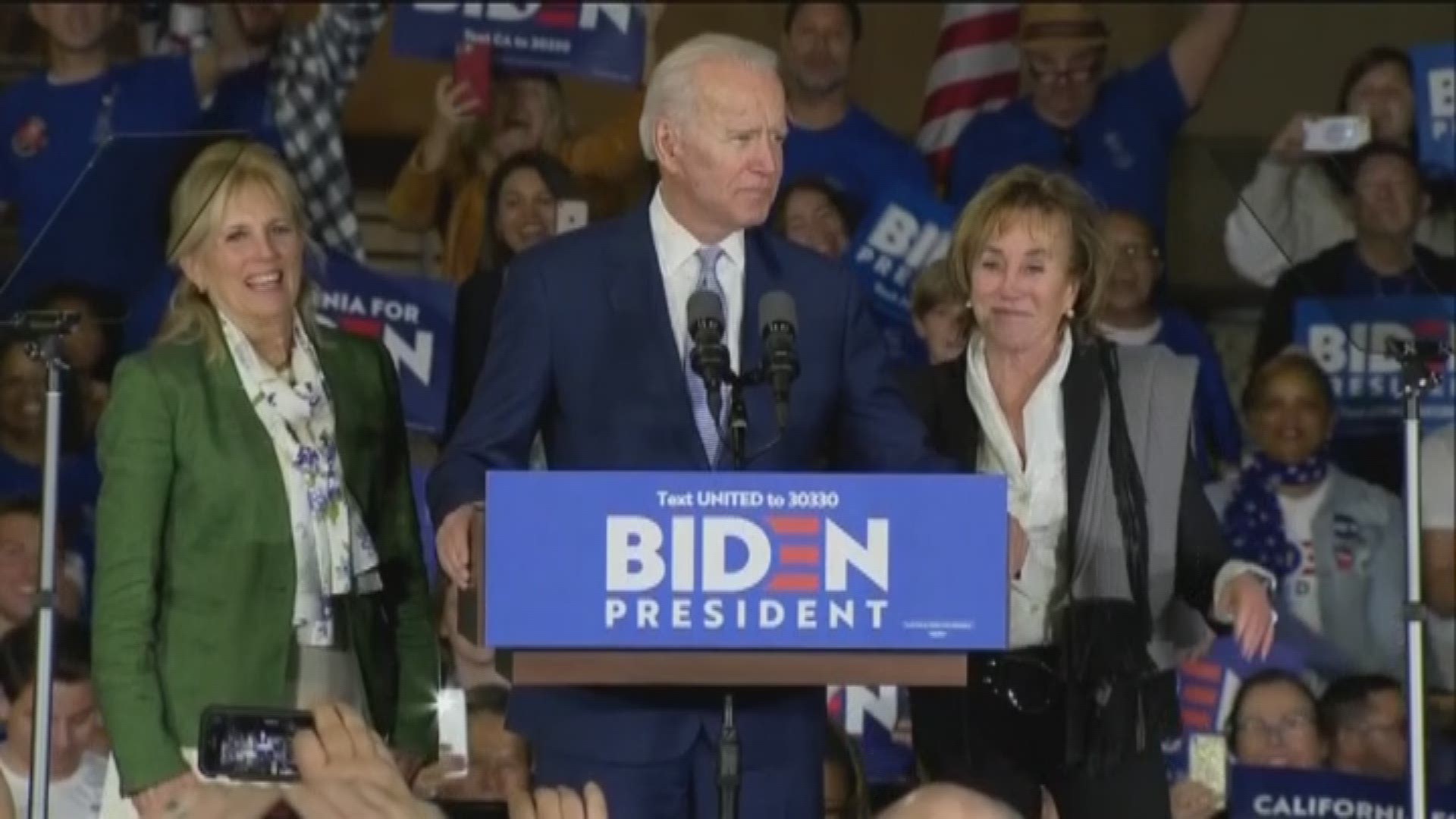 Biden was down to Sen. Bernie Sanders early in the night, but slowly fought back to take the lead as more results came in.

Sanders seized the biggest prize of the night with a win in California that ensured the fight for the Democratic nomination would continue for the foreseeable future.

Biden's Twitter account paid homage to Whataburger, the beloved Texas burger chain where he ate following his rally in Dallas, as a victory declaration of sorts shortly before 1 a.m. CST.

RELATED: 14 states voted on Super Tuesday. Here are the results so far.

13 other states and one U.S. territory also held their primary elections on Tuesday, marking the most significant day of voting in the party’s 2020 presidential nomination fight.

A resurgent Joe Biden scored sweeping victories across the rest of country, revitalizing a presidential bid that was teetering towards its end just days earlier.

Maine is still too close to call.

Five Democrats remained in the race for the party's presidential nomination headed into Super Tuesday, but it became quickly apparent that it had turned into a two-man race.

Buttigieg and Klobuchar both endorsed Biden in Dallas on Monday night, with Klobuchar joining him onstage at a rally along with fellow former presidential candidate Beto O'Rourke.

More than 2 million people had already voted in Texas before polls even opened on Tuesday. The state, which has long been reliably Republican, is growing increasingly blue amid changing demographics.

The question moving forward now will be which party can clinch the state in the general election come November.