U.S. Secretary of Education addresses whether children under 12 should keep their face masks for the fall

Secretary Cardona appeared on the statewide television program to discuss how the American Rescue Plan is infusing $12.4 billion dollars into Texas school districts. 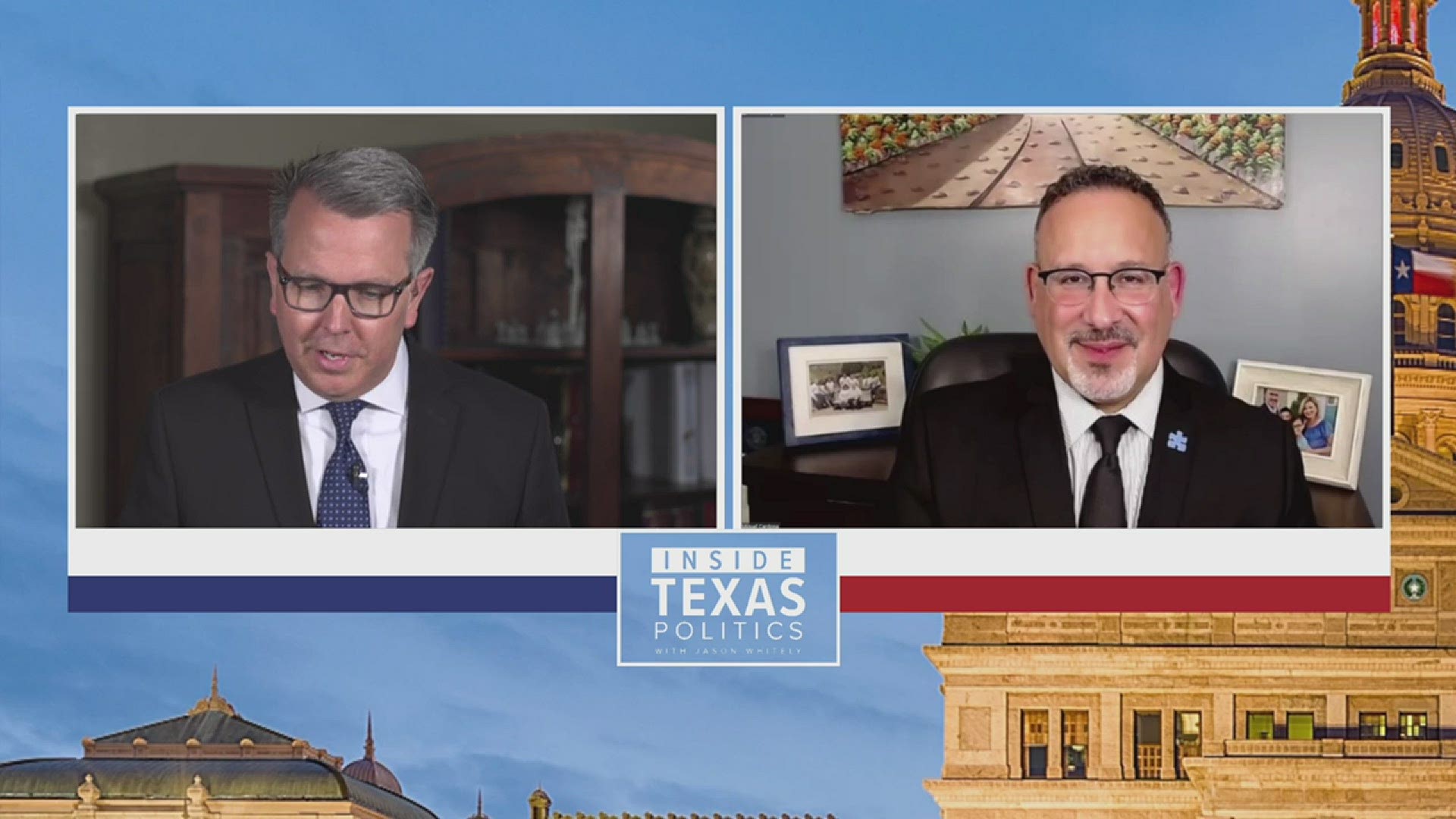 DALLAS — Cases of COVID-19 are falling across the state but, there's no vaccine yet for children under the age of 12. But as educators and families prepare for summer break, a question looms over next school year: Will they need to wear masks?

The U.S. Secretary of Education Dr. Miguel Cardona addressed whether younger students should keep their face masks for the fall semester on Inside Texas Politics.

“I’m going to lean on the updated CDC guidance, and right now it said we should be wearing protective gear and for the staff,” Cardona said.

The secretary acknowledged that masks and and other mitigation strategies helped keep spread low in schools over the past year.

“Thankfully we didn’t have spread in schools," he said. "In fact, the transmission rate in schools was less than the community, because we knew that when children were in schools, they were following those mitigation strategies. It is critically important that adults follow the science and make sure that we’re listening to what the CDC is saying.”

Cardona also appeared on the statewide television program to discuss how the American Rescue Plan is infusing billions of dollars into school districts across the country. Texas school districts will receive $12.4 billion dollars of that funding.

The education secretary said when they were deciding who gets what, states had to agree to distribute the money equitably, with a focus on those districts and school campuses that were impacted more than others during the pandemic.

“We want to make sure that these funds are used to equalize the playing field, if you will, and provide support for those students that were hit the hardest. So, that's number one,” Cardona explained.

But community engagement was an important aspect as well.

“Number two is stakeholder engagement. We expect all communities to bring into the conversation the perspectives of the various stakeholders, including families and students, to make sure that the money is going toward not only the students that got hit the hardest, but in ways that they need help,” he said.

A parent himself, Cardona believes part of this funding should be used to not only create a safer environment, but one in which students can succeed after more than a year of isolation, remote learning and classroom disruption.  He said this should include programs that help support students socially and emotionally as they begin to re-engage with one another in a classroom.

Cardona said districts should also use the funding to shore up any learning loss students may have experienced and double down on efforts allowing those students to catch up.