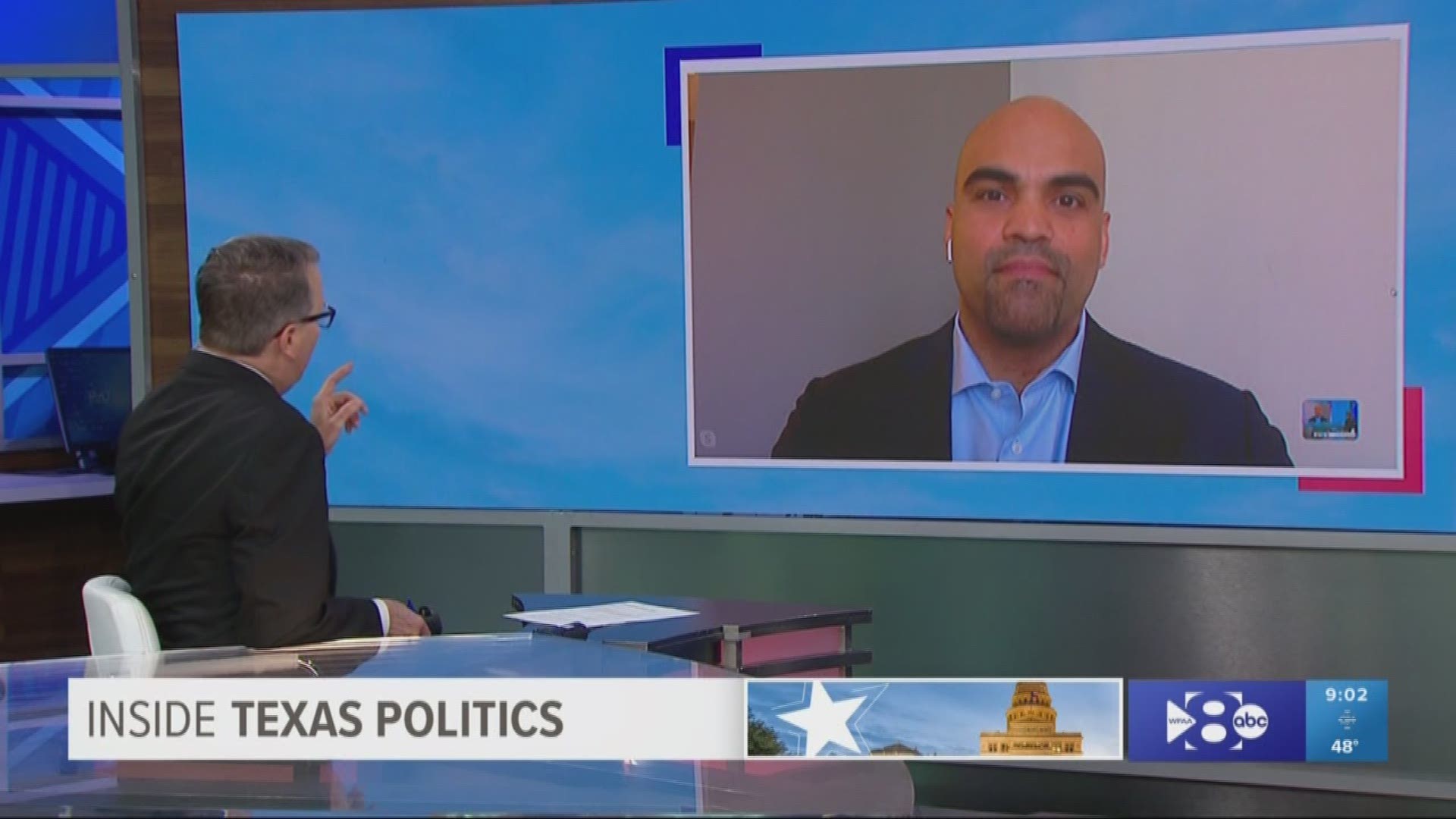 Bank of America executives have said they will prioritize businesses that currently have loans with the bank for the Paycheck Protection Loan Program.

Allred, D-Dallas, said that is not the intent of the federal stimulus program in response to the COVID-19 pandemic.

The congressman said the bank practice penalizes small businesses that don’t already have debt with Bank of America.

The loan program is part of the CARES Act that Congress passed last week and President Donald Trump signed into law.

Allred said Congress is already discussing another stimulus package to give more direct payments to individuals, help small businesses and assist towns with populations under 500,000.

He said elected officials are starting to talk about how the economy can recover from the coronavirus pandemic.

Watch this week's full episode of Inside Texas Politics below:

Jason Whitely was joined by Ross Ramsey with The Texas Tribune to discuss the impact unemployment will have on the economy and the Texas budget. Last week, 275,000 Texans filed for unemployment, up from 155,000 the week before.

Whitely and Ramsey also discussed how difficult it is for the thousands of people working from home to go virtual in Texas. Many people still have no access to broadband.

RELATED: Updated: Even more of your Texas unemployment questions answered 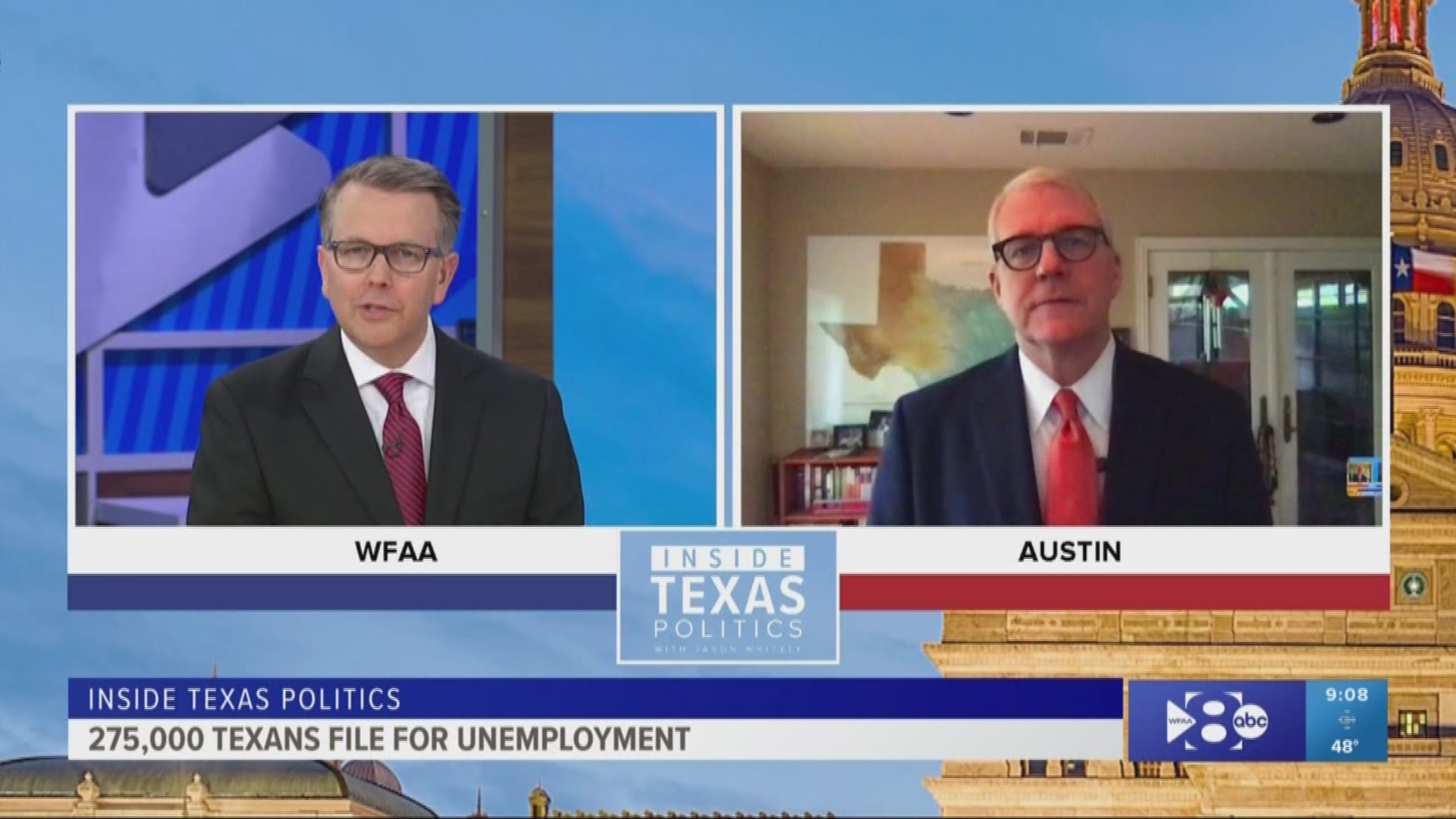 And she has issued a judicial order yet she’s not a judge – she’s an administrator.

When Hidalgo first issued Harris Count’s stay-at-home order, Bettencourt was one of many conservatives that complained that some leaders were killing the economy while trying to fight the coronavirus.

Bettencourt now maintains that when Hidalgo first had her stay-at-home order concept it was very stringent – he spoke out against it. By the time the order was issued, it had a lot of exemptions. He spoke in favor of shutting down large events like South by Southwest and the Houston Rodeo.

Texas Gov. Greg Abbott gives a timeline as to when he thinks the novel coronavirus will peak in Texas. And he says he is flexible on whether he will enact more strict stay-at-home measures.

Oil prices are collapsing in Texas. The price of oil is ruining the West Texas economy just when COVID-19 is starting to hit there. It hurts Houston, too. Are low prices at the pump good or bad for Texas?

RELATED: 'A church is hands on': Why these Texas churches aren't closing their doors