Rep. Matt Krause sent a letter to the Texas Education Agency and some school superintendents asking whether districts have any or all of around 850 book titles. 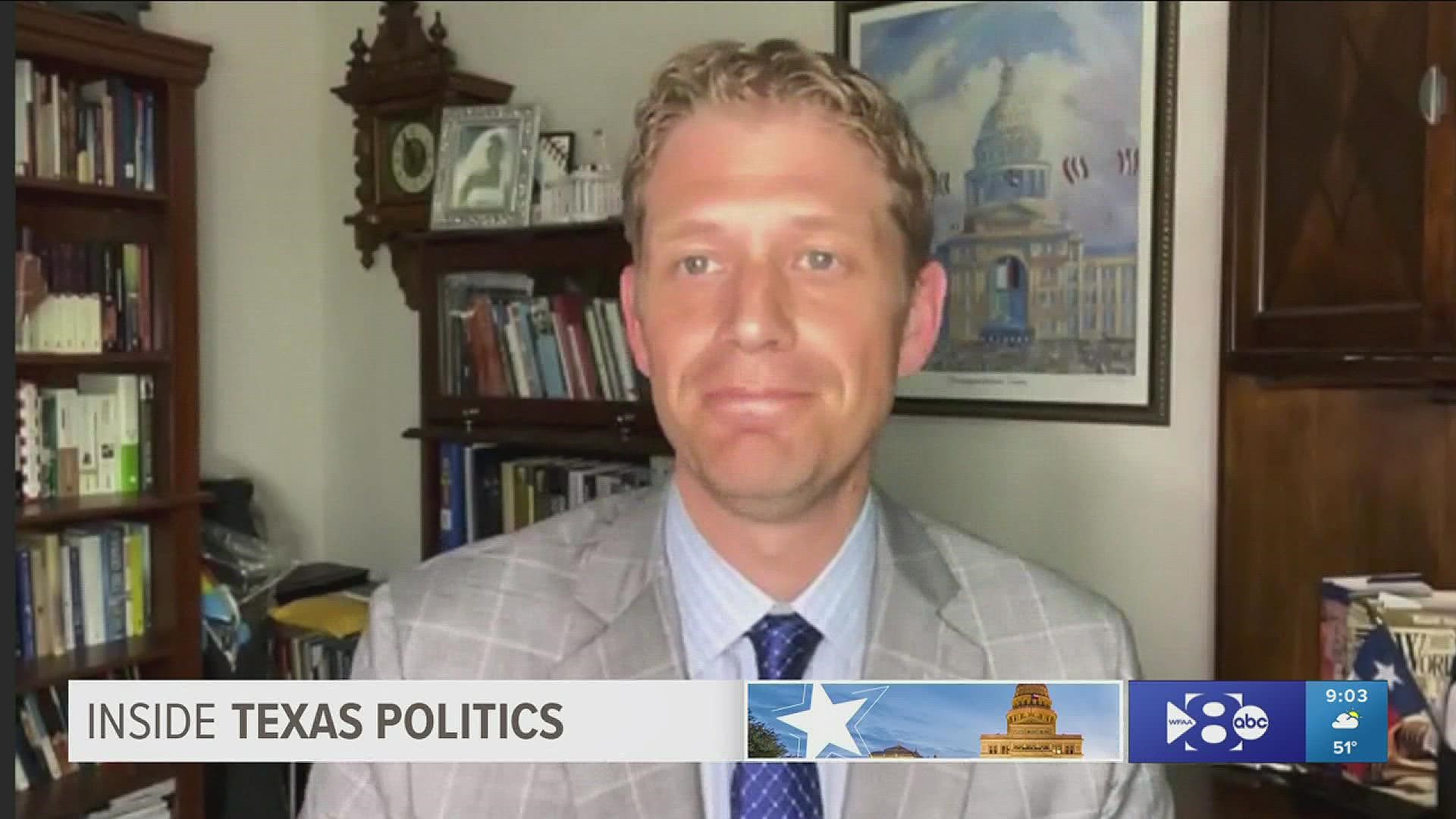 FORT WORTH, Texas — Fort Worth Republican Rep. Matt Krause says he wants to know if certain books are in school district libraries or on teachers’ shelves.

So, he sent a letter to the Texas Education Agency and some school superintendents asking whether districts have any or all of around 850 book titles.

For now, though, the chairman of the House Committee on General Investigating says this an inquiry, not an investigation.

“That’s the first step of fact gathering for the committee. So, no investigation has been launched,” Rep. Krause said only on Inside Texas Politics.

While Krause told us he won’t comment on any particulars as they go through the process, the Texas Tribune reports that the Republican is asking districts if they have any books on a 16-page list, how many copies they have and how much the books cost.

When asked if a district must respond, Krause said he thinks there’s a need for them to provide the information, but wouldn’t say if they’re obligated to do so.

“We would hope everybody would act in good faith to gather this information that we think is important,” said the Fort Worth lawmaker.

Mr. Krause also told us that he didn’t know if there’s anything in the law that allows the legislature to force a district to remove books.

The candidate for Attorney General doesn’t know when the inquiry might conclude, or even if or when it might launch into a full-scale investigation.

“But all of that, the timeline, that all depends on numerous factors,” he said.