If passed, Prop A would force the city of Austin to increase police staffing to two officers per 1,000 citizens, double annual training and increase time on patrol. 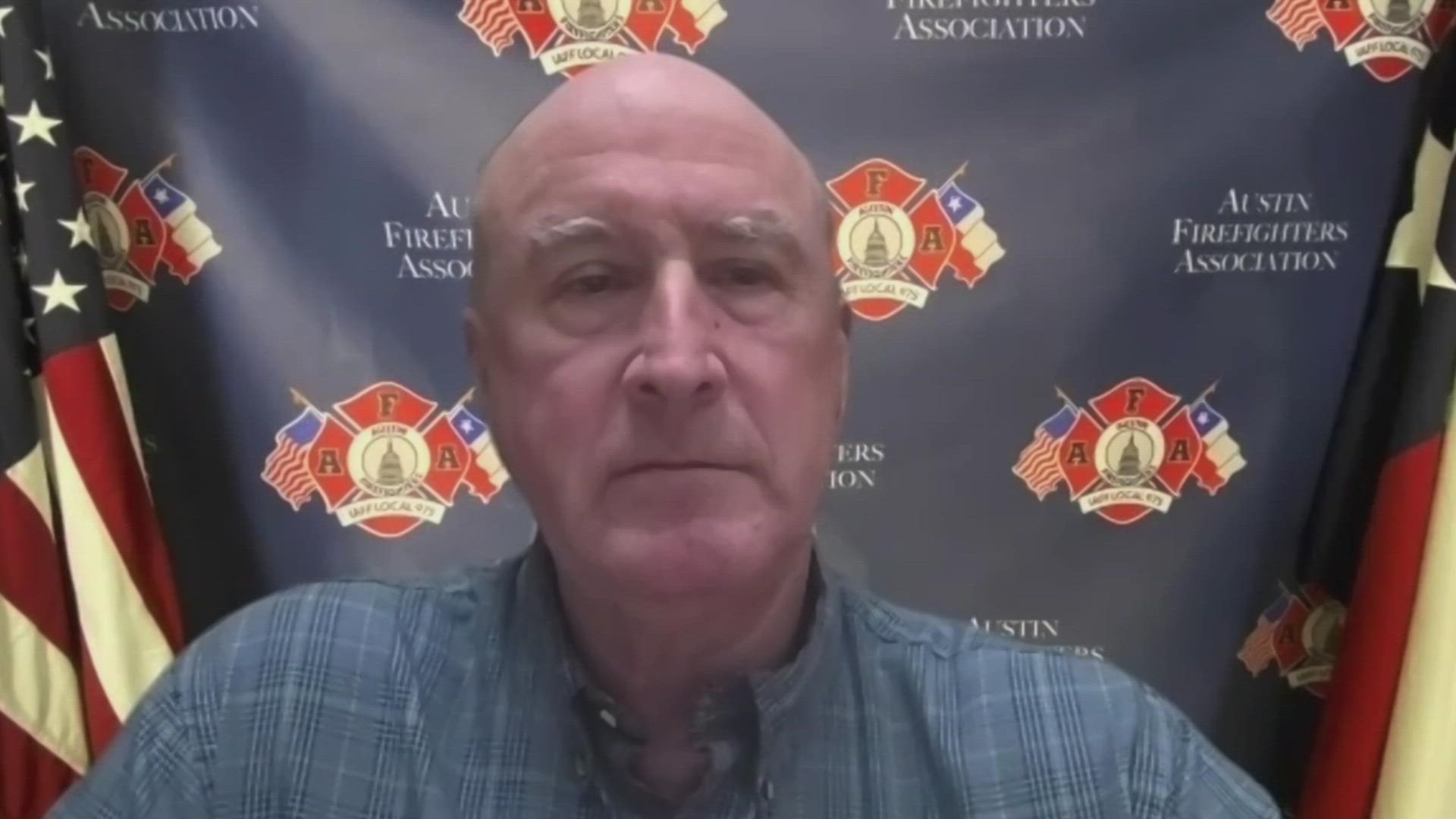 AUSTIN, Texas — Come Election Day on Nov. 2, one of the most controversial ballot measures will be found in Austin, where voters in the capital will decide the fate of Prop A.

If passed, it would force the city to increase police staffing to two officers per 1,000 citizens, double their annual training and increase time on patrol and in the community by at least 35%.

But the president of the Austin Firefighters Association says if it’s passed, there will be lots of pain shared by every other department.

“I think we need to vote this law down. And then we need to figure out the way to get the proper staffing for our police,” Bob Nicks told Inside Texas Politics. “So, it’s not about not supporting the police. It’s about opposing a poorly written law that has terrible impacts on public safety overall.”

The changes wouldn’t be cheap. Austin’s chief financial officer estimates that implementing the plan would cost between $54.3 million and $119.8 million every year for the next five years.

And that would be in addition to the department’s annual budget. And for this fiscal year, the city council approved a budget of $443 million.

Nicks says the cost of Prop A would roughly equal a 10% increase for police in the overall budget. But he says that cost is much higher for the fire department.

“I want to tell you that 10% represents almost 70% of our entire operational, overtime, personnel, salary and benefits for the fire department. It represents nearly the entire EMS department,” Nicks said. “You can’t take money away from all the other departments and put it all in police without expecting massive and very, very negative cuts to the rest of the services.”

Nicks says Prop A would force the fire department to eliminate its “five fire station, six-year program” that aims to build fire stations in five underserved neighborhoods over the next six years.

He also believes it would cut their four-person staffing, which is a national safety standard for firefighters. And Nicks says in the state of Texas, you can’t go inside a house fire unless you have two firefighters on the outside and two on the inside.

Finally, Nicks says it would likely cost 150 firefighters their jobs, either through outright cuts, attrition or leaving positions unfilled.

“So these are really serious impacts on the public that would occur with no proof that adding more police officers to the level they’re talking about would actually make a difference on crime,” Nicks said.