Interested in curbside voting? Here's how it works in North Texas

Anyone who is "physically unable to enter the polling place without personal assistance or likelihood of injuring the voter's health" can vote curbside in Texas. 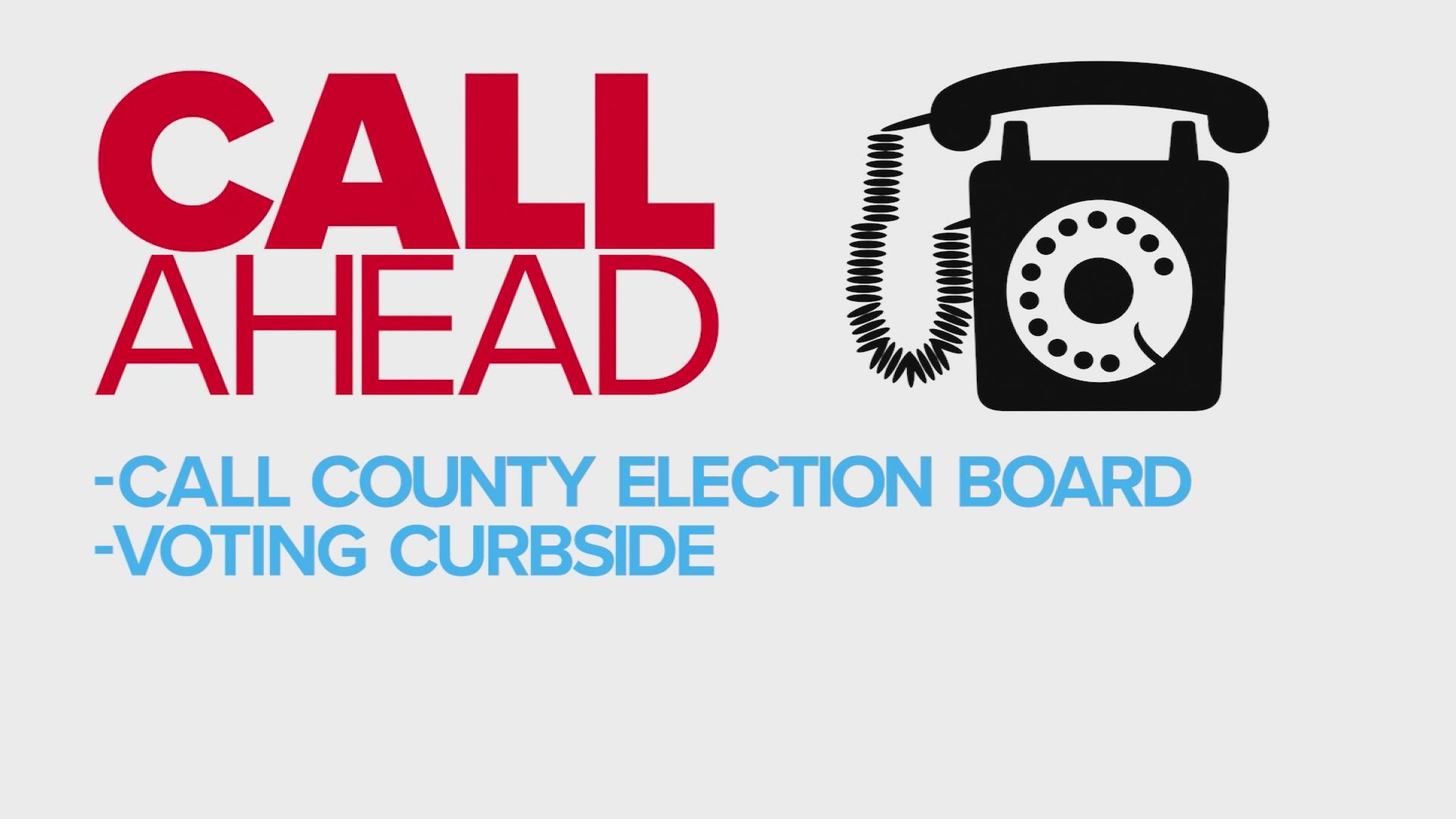 As long lines, mail-in ballots and COVID-19 concerns encircle the 2020 general election, many are considering using curbside voting for the first time.

Curbside voting should be an option available to voters who need it at all polling locations during early voting and come Election Day, multiple North Texas elections officials said. It's a requirement of Texas law.

What is curbside voting?

Voters can park at the curb of polling locations or in curbside voting spaces, depending on the polling place.

In some counties, voters can arrange their voting time with election officials ahead of their arrival to give them a heads up, but all counties list a number for voters to call when they arrive at the polling place. Some locations will have an election worker stationed at the curbside voting space as well.

Once they're notified, an election worker will bring out ballot materials to the voter's car, which vary somewhat from county to county, and the voter will fill out their selections.

In Dallas and Collin counties, voters will be given a portable voting machine with a touch screen to make their selections. For Dallas voters, they will also be given a secrecy envelope in which to place their ballot afterwards. The Collin County machines are considered a "direct record."

In Denton County, Elections Administrator Frank Phillips said poll workers will print out the voter's ballot after checking them in at their car and give them the physical ballot. Once it is filled out, it will be placed into a privacy folder and the poll worker will go into the polling location to insert the ballot into the scanning machine.

The number to call when voters arrive at the polling location:

Collin County: Call the number listed on the large sign that is marking the curbside voting space or 972-547-1900. Many polling places will also have a clerk stationed at curbside voting to offer a faster response, Elections Administrator Bruce Sherbet said.

Who is eligible to use curbside voting?

Per state law, anyone who is "physically unable to enter the polling place without personal assistance or likelihood of injuring the voter's health" may utilize curbside voting.

That includes people who may have trouble standing for a period of time, Denton County Elections Administrator Frank Phillips said.

Tarrant County says on its website those who have difficulty walking also qualify.

What should voters know about curbside voting?

Election workers will still verify the voter's identity in a similar manner to the way they would do so inside, so voters will still need to bring the same identification materials, multiple officials said.

That process could also take some time between the poll worker going inside and out of the location, in addition to preparing the ballot, Sherbet said.

Dallas County Elections Administrator Toni Pippins-Poole advised voters to ask the poll worker for instructions if this was their first time using curbside voting. She also said voters in her county should use the stylus that is provided and be sure to review the ballot before printing it out.

If there are any mistakes on the printed ballot, Pippins-Poole said voters should ask the poll worker for another to correct the mistake before placing the ballot into the provided secrecy envelope.

And one last thing, Pippins-Poole added: don't forget to get your "I Voted" sticker.

WFAA reached out to the Tarrant County Elections Department but had not heard back at the time of publication. They do, however, have information about curbside voting on their website.