Activists, organizers, and a rapper spread 'Get Out To Vote' message across southern Dallas on Election Day

Rapper Yella Beezy among voting advocates who showed up to greet voters at polling sites across Southern Dallas on Tuesday. 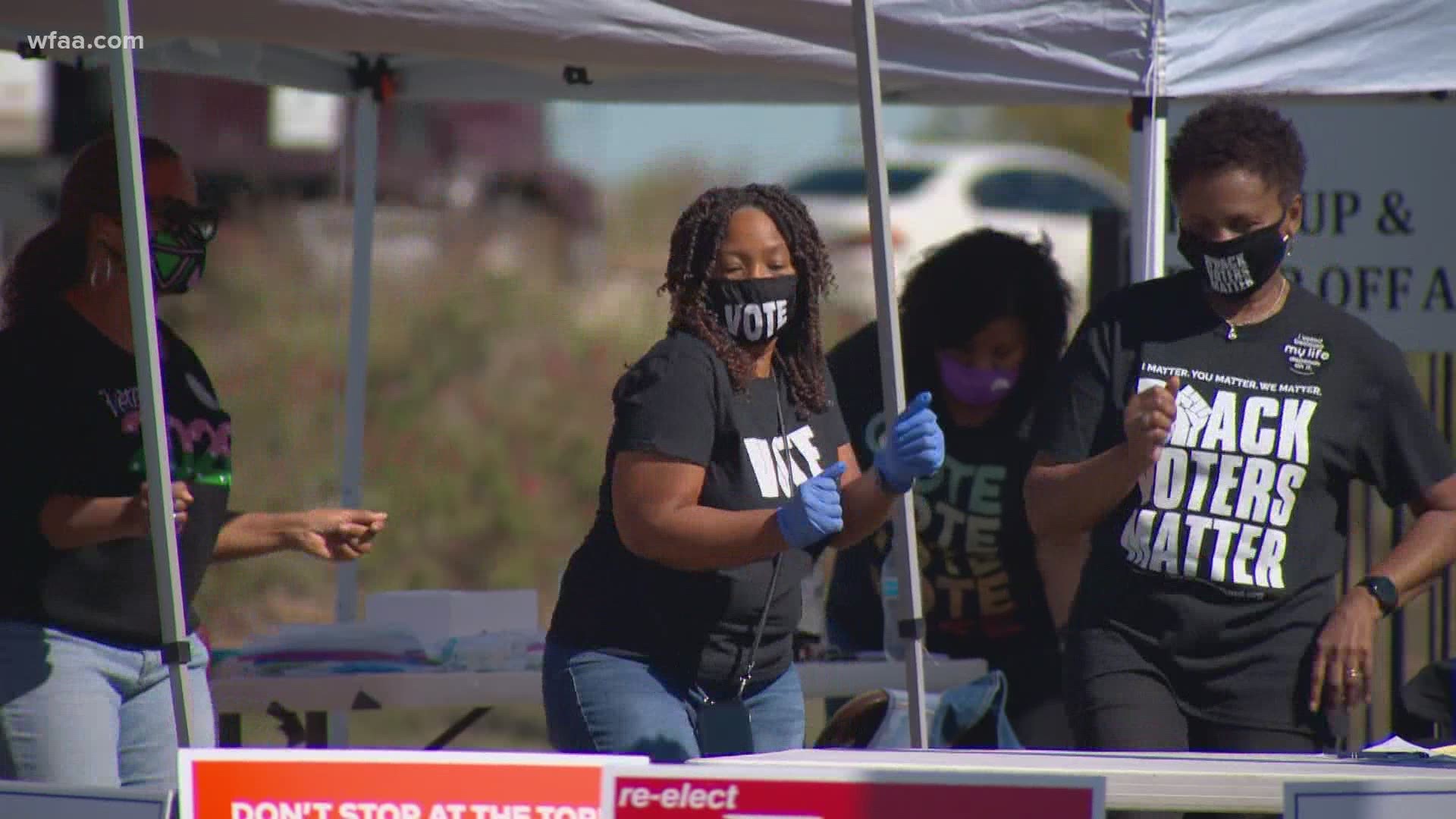 DALLAS — Election Day crowds were slow and steady at polling sites across southern Dallas on Tuesday. However, the efforts to get people out to vote were energetic.

There was a party on the pathway to the polls at St. Luke Community United Methodist Church in southeast Dallas on Tuesday. Members of the church’s Political Social Action Ministry welcomed voters with music, grab bags, and personal protection equipment that was donated by a Young Black Attorneys group.

”We’re just making sure that people are excited and give energy and enthusiasm around exercising this right to vote,” said Pastor Richie Butler.

Nearby in South Dallas, volunteers with Miles of Freedom were among community groups picking up seniors and other voters who needed rides to polling sites.

"Just to give people an opportunity and a way, you know, because they wouldn’t have had a way, not knowing that we were giving free rides,” explained driver Robbie Frazier as she dropped off passengers at the Martin Luther King, Jr. Community Center polling site.

There’s been a surge in registered voters in both the Dallas County Democratic and Republican parties.

Local activists and organizers played a big part in those efforts over the past few months, following the death of George Floyd.

Members of the Next Generation Action Network spent Election Day rallying at intersections in Oak Cliff and South Dallas.

”We know the zip codes that are behind…75216, 75215, 75217. So we strategically go into these zip codes and make sure that we get out to vote,” explained N.G.A.N. founder and activist Minister Dominique Alexander.

The Dallas County Democratic Party and Dallas County Republican Party have reported seeing a lot of first-time voters during this election.

Rapper Yella Beezy showed up to the voting super center at Friendship West Baptist Church to send a message to younger voters.

”You’ve got to come speak about it, you know. A lot of things have to change. And the only way we can is to get out and vote,” Yella Beezy told the crowd.

Voting advocates say they are inspired by the energy and turnout they’ve been seeing this election season.

”There’s some anxiety, but for the most part, we have a tremendous sense of expectation that something special is going to happen,” Dr. Frederick Haynes, III said.

Polling sites across Dallas County closed at 7 p.m. Many groups and organizations held virtual watch parties to monitor the results.