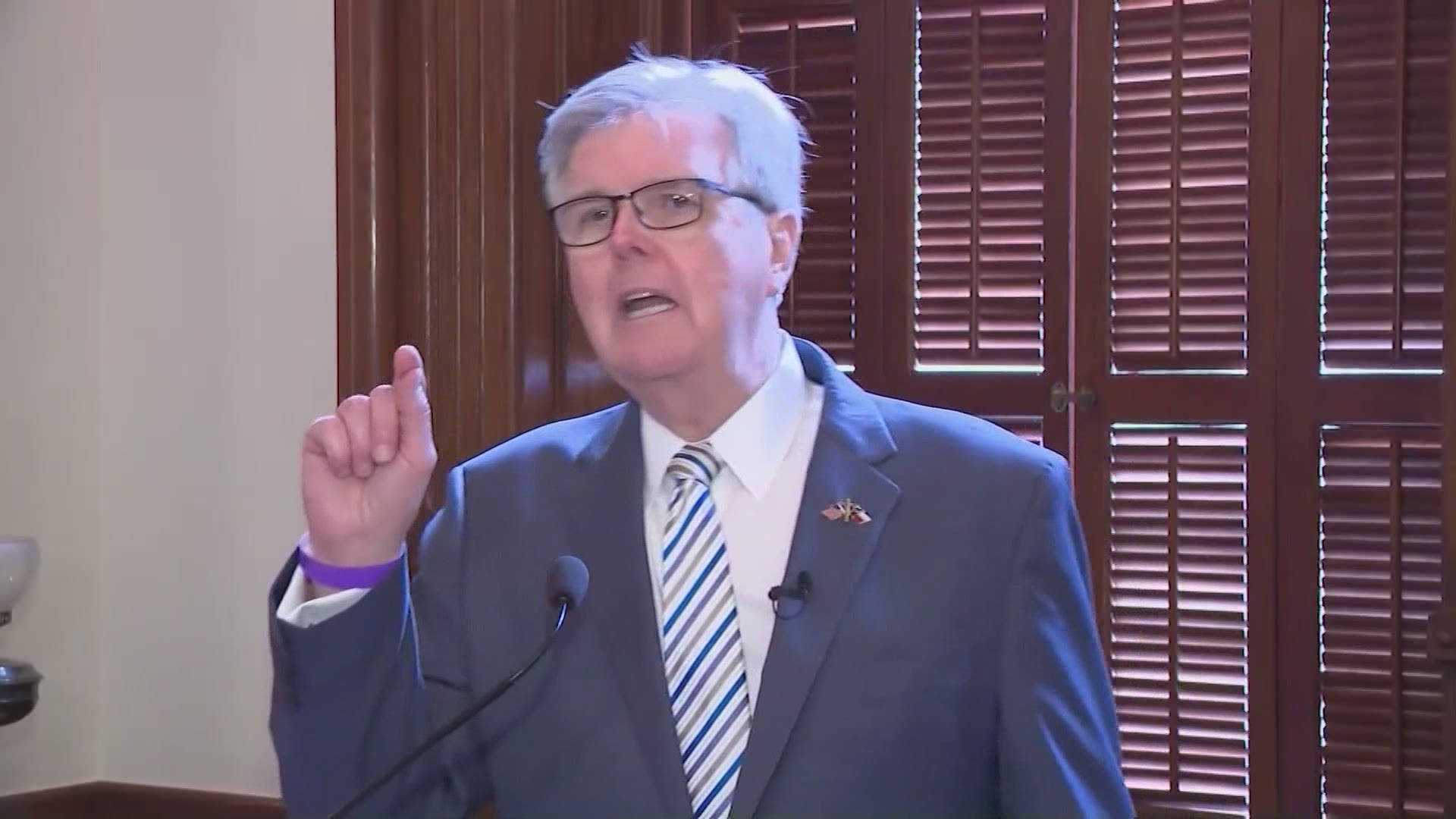 AUSTIN, Texas — Two proposed bills in Austin, Senate Bill 7 and House Bill 6, aim to change the way Texans can vote. Proponents say the measures included in the bills would tighten election security, but some are calling the measures voter suppression.

"This is the single greatest attack on democracy, on the ability to vote in Texas, in more than a decade," former U.S. Congressman Beto O'Rourke said Tuesday during an online press conference held by MOVE Texas.

RELATED: The right to vote or the fight to vote? Progress Texas says proposed election bills would suppress votes in state

O'Rourke was joined in the press conference by former HUD Secretary Julian Castro and others who denounced the bills.

Castro and others urged other major Texas-based corporations to take a stand against the bills.

Lt. Governor Dan Patrick, who held a press conference at the same time, said it's all about upholding election integrity.

"I've been asked, why is this bill needed? Very simple. The bill is needed because Americans no longer trust the system. And a country where voters don't trust the system is a country in peril," Patrick said Tuesday.

He called out corporations that are publicly taking stands against the bills.

"When you suggest we're trying to suppress the vote, you're in essence, between the lines, calling us racist and that will not stand," he said, and he reiterated his stance on the proposed law.

"SB7 is not voter suppression," Patrick said. "It's voter security."

"These bills would criminalize efforts to make voting more accessible and disproportionately impact Black and Latino voters. This would constitute a significant backwards step in the march towards a fuller more inclusive Texas. A Texas for all of us," said Branch.