Police need to do a better job turning over evidence, Dallas DA says

Dallas County District Attorney John Creuzot is backing a bill that requires officers to turn over all evidence. 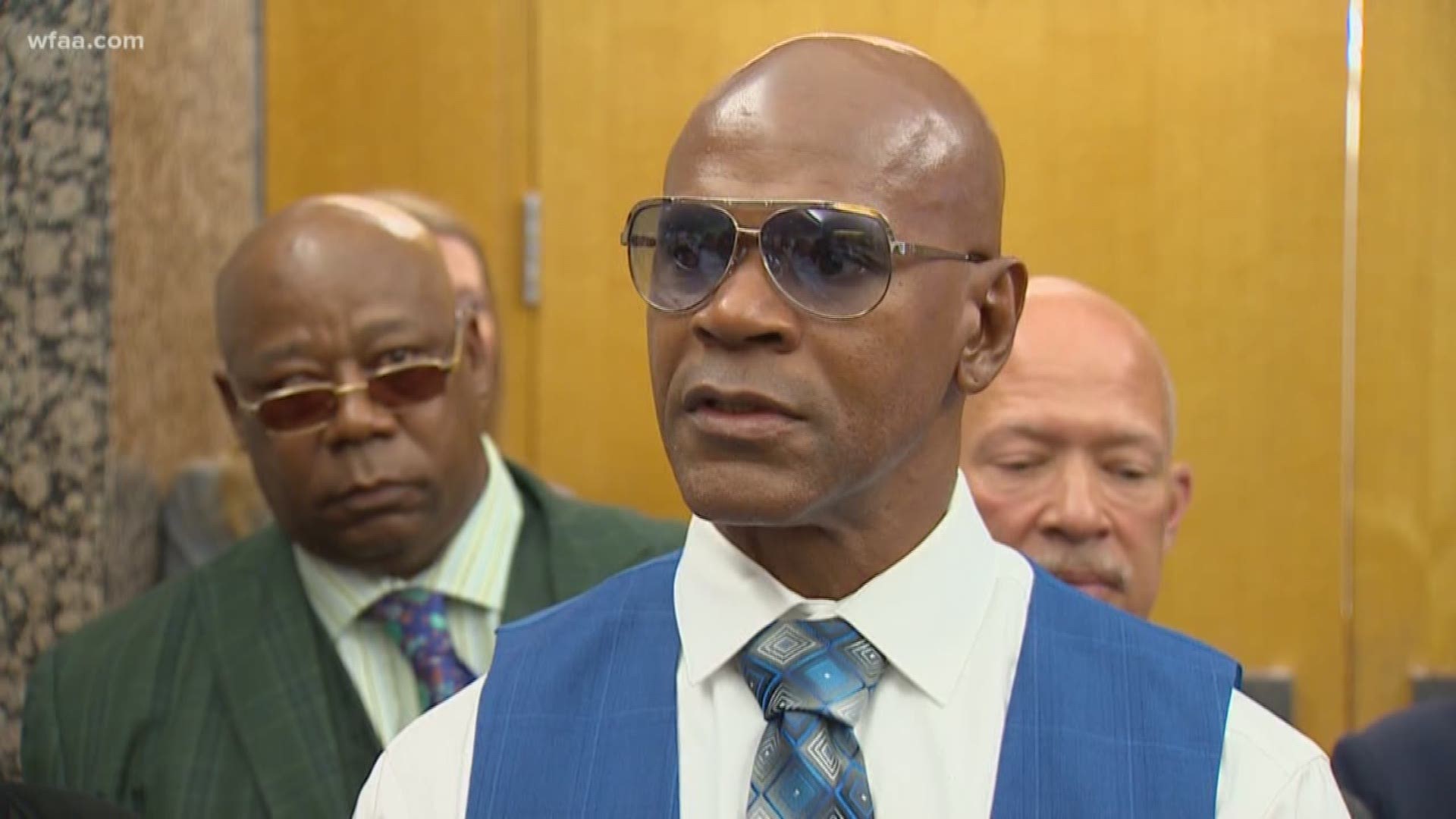 DALLAS — Dallas County District Attorney John Creuzot is backing a bill that requires police officers to turn over all evidence and information that could prove someone’s innocence.

The bill, which was sponsored by Sen. Royce West, has passed the state Senate.

Not turning over all the evidence could lead to delays in trials, cases being overturned and — in worst case scenarios — wrongful convictions.

The district attorney hopes the new bill is passed into law as part of criminal justice reform that keeps innocent people out of prison.

There have been 40 exonerations in Dallas County since 2001, including two Friday.

Stanley Mozee and Dennis Allen spent 14 years in prison for a murder they did not commit. They were sentenced to life in prison in 2000.

They were released several years ago, but they were declared "actually innocent" Friday in a Dallas County court.

DNA evidence excluded Mozee and Allen from evidence found at the crime scene.

"It's something you never get back. My experience in prison was like being kidnapped and held hostage and today is like being released from hostage,” Allen said.

"So the crazy thing is I spent 15 years in prison for a crime I didn't commit. That was bad. And I was ripped away from my family, and that was bad,” Miles said.

In all of their cases there was evidence that was never turned over by police or prosecutors to their defense attorneys -- evidence that would have cleared them.

Miles actually testified before the state Senate in favor of the exculpatory evidence bill.

“This type of legislation will at least create that trust factor and that transparency and that accountability that is needed,” Miles said.

While the men were serving time in prison for crimes they didn't commit, police weren't catching the real killers, the exoneree said.

“When you send the wrong person to prison, you do have the guilty person that is still out there, and the victims’ families are reliving the horrendous act that happened to them years ago,” Miles said.

Not turning over all the evidence is a problem to this day, the DA said.

“And too often there is a lag between when they have it and when we get it and sometimes it can be up to years,” Creuzot said of investigators turning over evidence to prosecutors.

Creuzot says his office has seen multiple cases where police are not turning over all of the evidence so he has warned them.

"We said, 'If you don't get it to us, we are going to get a grand jury subpoena and take it,' and when we told them that, they brought it right over."