Some Dallas-area officers have been given the authority to stop people to make sure they are essential workers and not people just out and about.

They are being asked to protect and serve in ways they never imagined.

Law enforcement is tasked with making people comply with the shelter in place orders across North Texas.

"We have to do what we have to do to make sacrifices in order to stop the spread of this virus,” said Sgt. Sheldon Smith, National Black Police Officers’ Association President.

Officers have the authority to stop people to make sure they are essential workers and not people just out and about. Dallas County was the first to issue a “shelter in place” order that began at midnight Tuesday.

“We did hear some complaints today of people being stopped going to work. Let me be clear, that is perfectly legal from our officers' perspective,” said Pete Schulte of the DeSoto Police Department.

Offices across the region are trying to not fill up the jails with people committing nonviolent or misdemeanor crimes.

“Just because we are not making arrest, doesn’t mean people are not going to be punished for the crimes they are committing during this period,” said Schulte.

Police said they will enhance crimes committed during this period.

For example, if you are arrested for shoplifting, the charge will automatically be enhanced. The cases will be filed at large and you will face more jail time and higher fines.

“You may not go to jail today, but you will be held accountable and there will be stiffer penalties for not following what you are supposed to be doing right now,” said Schulte.

At the same time, officers are trying to deal with call loads.

They also have to protect themselves while running warrants and doing other police work.

“We still have to go inside homes and we never know who might be sick and they can actually infect us with the virus. We are going to don masks, and put on our protective eyewear and get in and out safely," Smith said.

Dallas police received 5,000 masks from Home Depot and other departments, like DeSoto, are providing officers with full protective gear.

“We have a bag that each officer has received that stays in our patrol units, gloves and masks,” said Schulte.

“They are not for constant wear but they are for situations they deem necessary,” Smith said.

A lot of smaller agencies are concerned they may have several officers under quarantines or sick at the same time, so the governor could use the National Guard to help local agencies patrol the streets and guard places like the drive-thru testing lines. 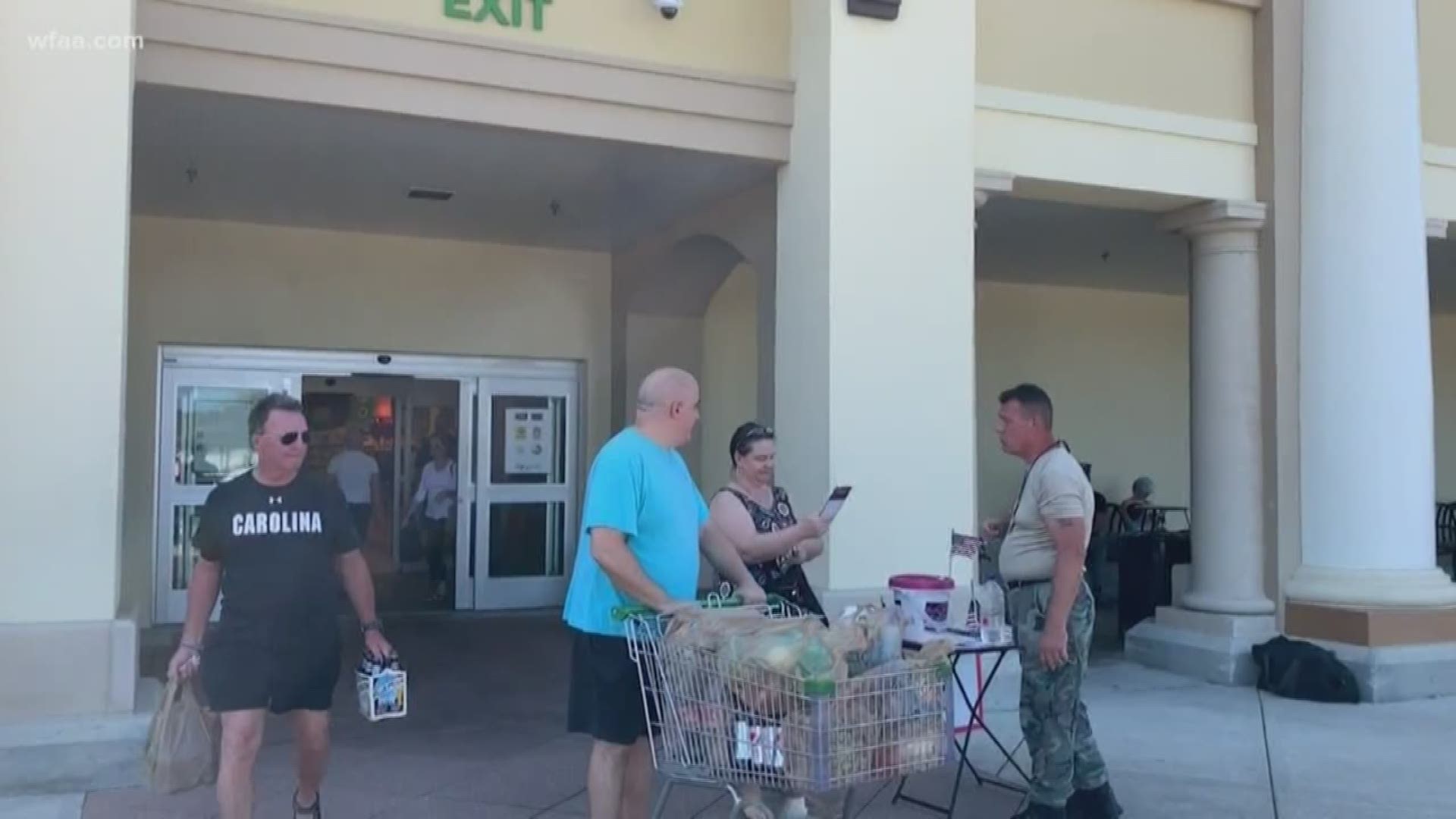