Orange Teeth. Long Tails. Check out these swamp rats that are spreading in a Fort Worth park

A sizable colony of nutrias has been seen at Krauss Baker Park for at least a year now, and wildlife specialists are asking people not to feed them. 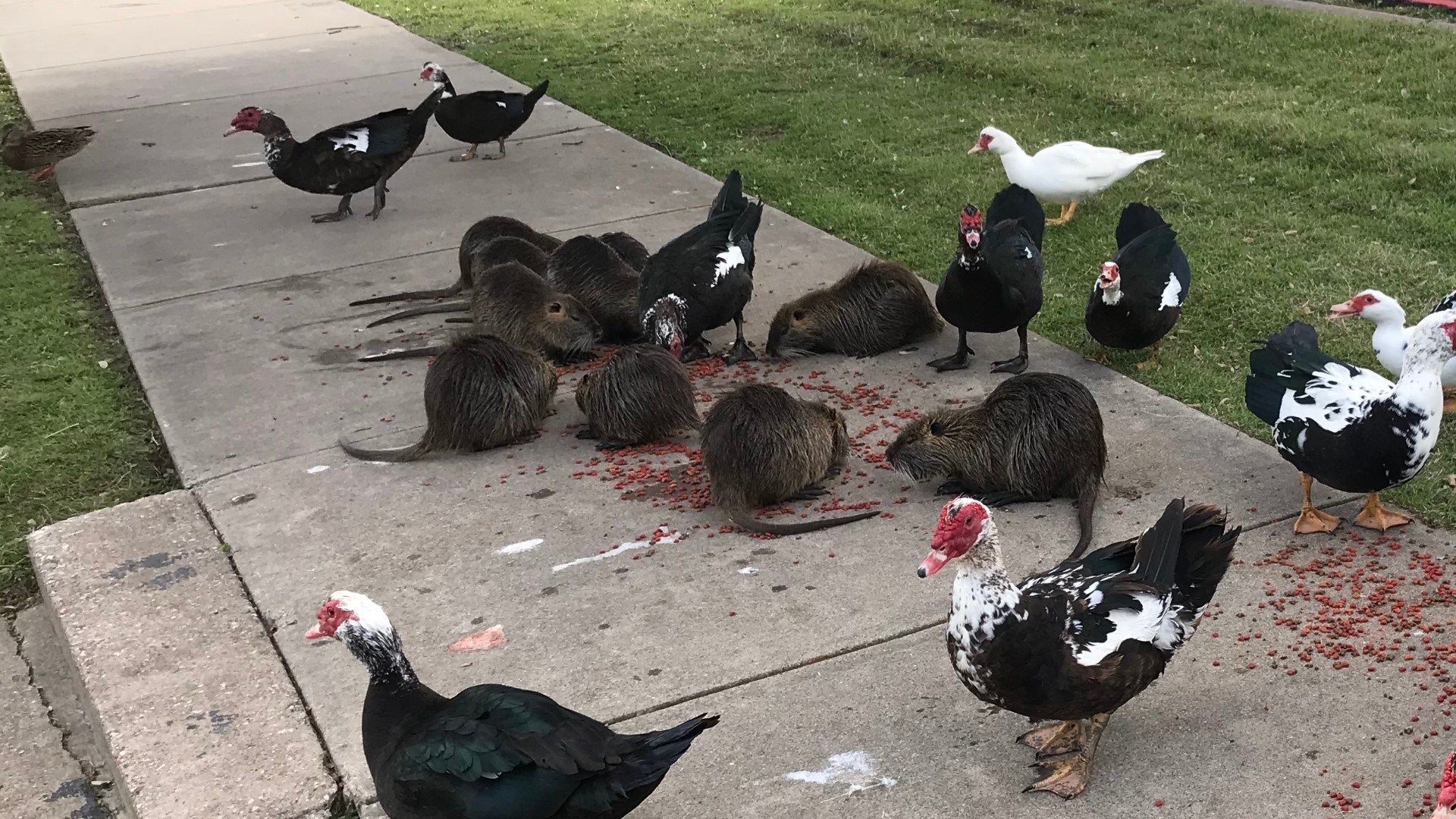 FORT WORTH, Texas — Folks in Fort Worth are getting a nice nature lesson about the invasive rodent species known as the nutria, after a photo shared to social media showed a sizable colony of the little guys moving through Krauss Baker Park.

In southwest Fort Worth, the nutria have decided now is the time to launch their takeover of the nation (pic @CowtownSeeker) pic.twitter.com/gWdclsvHBw

The nutria, which is also called a coypu or swamp rat, is not uncommon in D-FW, but to see a bunch of them in one spot is fairly unusual, according to Texas Parks and Wildlife.

The rodent is also a major enemy to California and Louisiana at the moment.

An estimated five million are believed to be in the Pelican State, where hunters are paid to kill them.

Within five years, Sen. Dianne Feinstein (D-CA) believes that agricultural losses and eradication costs surrounding the nutria may climb to be over a billion dollars in her state.

Rachel Richter, a wildlife biologist for Texas Parks and Wildlife, told WFAA that the nutria is such an issue because they can multiply and eat so much.

The rodents enjoy plants and Richter says too much of them can harm an ecosystem.

"They can eat around three pounds a day," Richter said. "If not controlled, you end up with erosion, destabilized banks, decreased water quality, and a lot less of a habitat for native plants, animals, and fish."

Richter added that a female nutria can have two or three litters a year with up to 15 offspring per litter.

So, if the swamp rats are fed a lot and no natural predators are around, they can become a nuisance.

At that time she thought there might be around 50 and said there's likely at least 20 there now.

She presumes that they stay well-fed because of patrons coming into the park.

Richter even took a video of some ducks and nutrias sharing dry pet food, which appeared to have been dumped on the ground for feeding enjoyment.

"Feeding wildlife is really something that you shouldn't do under any circumstances," Richter said. "It can cause the populations to artificially inflate, which can damage the ecosystem."

The City of Fort Worth is monitoring the situation, and Richter said the social media interest is a good thing considering most don't know what they are.

Once brought to the U.S. from South America to help benefit the fur trade in the late 1800s, the nutria has become quite a monkey wrench for preservation efforts.

"When people feed wildlife, they normally have the best intentions. But they don't realize that they could be doing harm," Richter said.