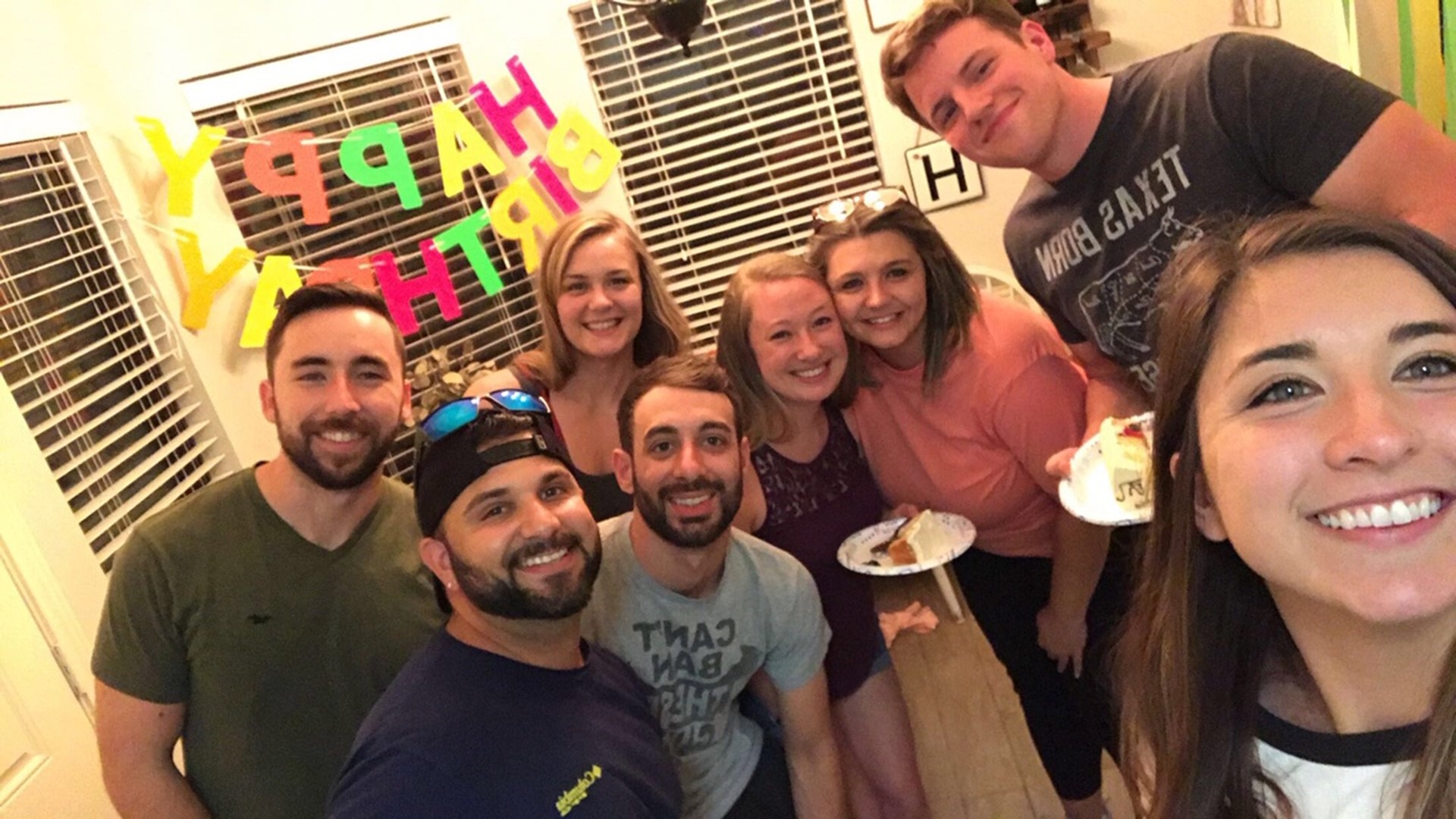 As North Texas watches COVID-19 cases and hospitalizations surge, one family is shouldering a health crisis that they never expected to face.

That crisis, all began on May 30 when just a single relative, unknowingly infected with COVID-19, interacted with seven family members at a surprise birthday party who later tested positive.

Now, Ron Barbosa is keeping track of 18 people in his family who have tested positive for COVID-19.

Per Barbosa, those seven family members contracted and spread the virus to 10 other relatives either at the party or through other family interactions.

Barbosa didn't attend the party himself, but the celebration was for his daughter-in-law who turned 30.

Credit: Ron Barbosa
A photo taken at the party.

RELATED: Fort Worth couple married 53 years died from COVID-19 within an hour of each other

That nephew, Barbosa said, is the one who was unknowingly infected, thinking a slight cough was the byproduct of working in construction.

Before the party, he played golf with a few family members who also attended the event, according to Barbosa.

Even though everyone did their best to stay socially distant, Barbosa said it likely wasn't enough as he suspects the party may have been a catalyst for the spread though there's no way to truly know.

He also said it could have happened when his nephew went golfing beforehand with relatives.

Barbosa added that his family is around each other constantly and that no one is to blame for this--underscoring that they care for each other dearly.

"It wasn't that long. It was only a couple of hours," Barbosa, a volunteer EMT said. "But during that brief time, somehow the other 18 family members are now infected with COVID."

Barbosa, who is also married to a doctor, said he and his wife refused to go to the party due to safety reasons.

However, it was a party that by current state health standards appeared harmless considering it was just family. A total of 25 people attended, Barbosa said, and not all of them arrived at the same time or stayed for the same duration.

"When people started getting sick, we really let everyone have it," Barbosa said.

"We knew this was going to happen, I mean this whole time this has been going on we've been terrified."

Among those infected are two young children, two grandparents, a cancer patient, and Barbosa's parents, who are in their 80s.

Three were hospitalized: Barbosa's parents Frank and Carole, along with his sister Kathy, who is battling breast cancer.

Kathy, per Barbosa, is recovering and feeling better, despite contracting the virus while simultaneously undergoing chemo treatments.

He says she didn't attend the party.

But Barbosa's parents are in a much tougher situation.

Frank and Carole are highschool sweethearts and have been married almost 68 years.

Barbosa said it's likely Carole who infected Frank after she interacted with a family member outside the party briefly.

Frank is in the ICU and is on life support. Barbosa told WFAA that he is inches away from being put on a ventilator.

"My dad's hanging on by a thread," Barbosa said. "They're saying this is one of the last straws for my dad."

"That's really the best medicine. You know they're in there by themselves with no family," Barbosa said holding back tears. "It's heartbreaking."

Barbosa told WFAA that his father is in need of blood plasma from recovered COVID-19 patients, who have established antibodies.

However, Barbosa said that doctors have informed him that there's not a lot of it right now.

On Facebook, a plea for help from Barbosa was answered by a few firefighters once infected with COVID-19, who were willing to donate.

But he quickly learned that they couldn't donate their plasma for one specific person because there was a shortage.

WFAA is now researching if that's the case with blood banks across the Dallas-Fort Worth area.

In the meantime, Barbosa is using the phrase 'Frank Alert' to raise awareness about the need for more blood plasma with COVID-19 antibodies.

Other than his sister and parents, Barbosa said that his family is mostly recovering.

In just a matter of weeks, they've gone through multiple emotions in this COVID-19 cautionary tale -- starting with anger.

"We were horrified. People couldn't believe that they took it to a family member," Barbosa said.

"But now, we're holding on together."