No Zeke? No problem, according to 'Madden 20' simulations with and without the star running back

Ezekiel Elliott has yet to show up to training camp. So we simulated the upcoming Dallas Cowboys season on "Madden 20" with and without him to see what happens. 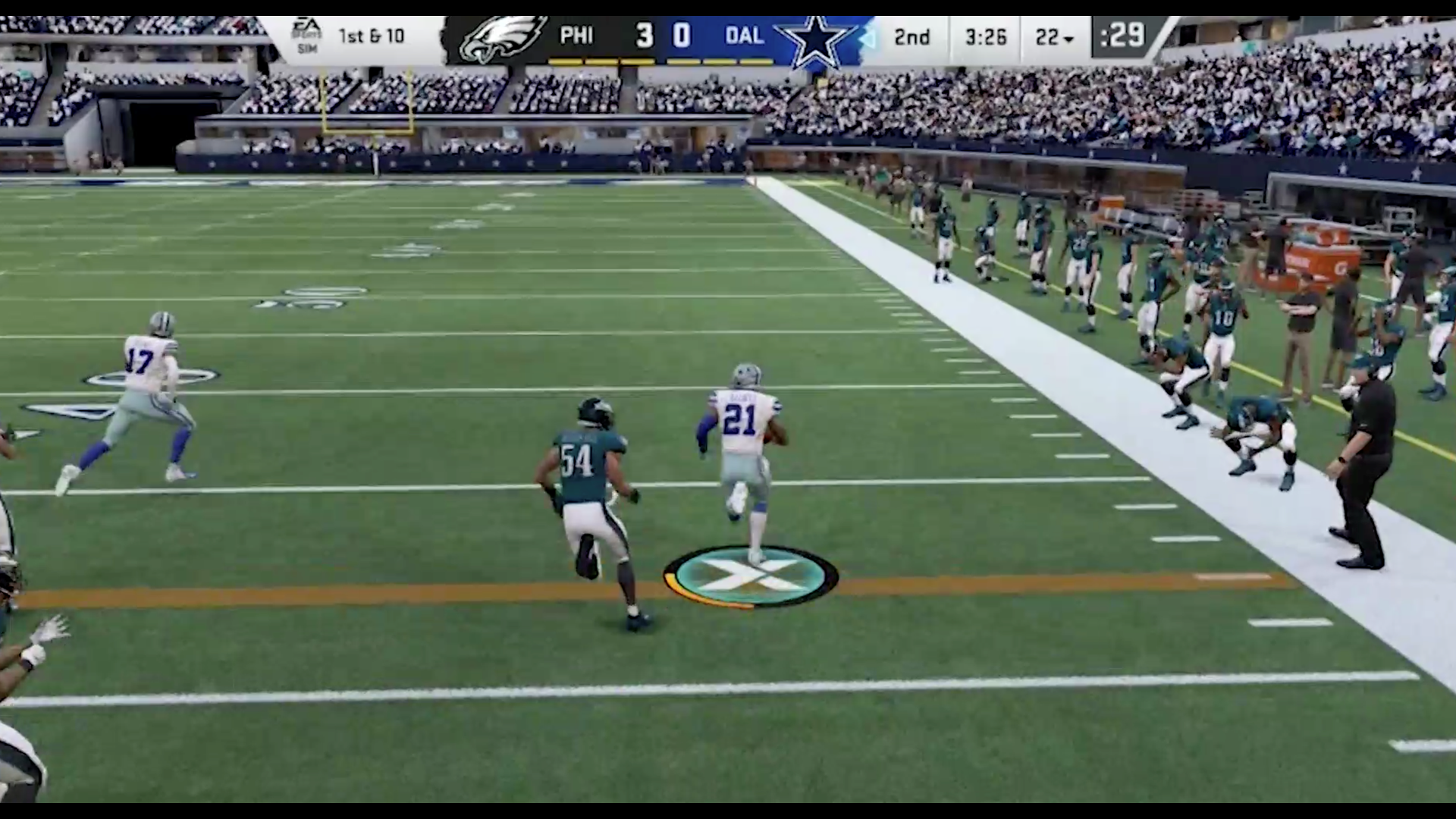 ARLINGTON, Texas — League MVP or playoffs? Cowboys fans can’t have both, according to "Madden 20" simulations WFAA ran of the upcoming season. WFAA ran one simulation with Ezekiel Elliott, and one without him.

In the first simulation, Elliott finishes the season as league MVP, but the Cowboys finish 8-7-1, missing the playoffs after a painful season-ending tie to the Washington Redskins.

Next, WFAA ran the simulation again, this time releasing Elliott from the team during training camp.

The Cowboys finished 9-7 and lost in the Wild Card round to the San Francisco 49ers.

For fairness and transparency, WFAA performed the simulations at the Esports Stadium in Arlington with a brand new game installed on a PlayStation 4 console under the supervision of logistics coordinator Jordan Trabue.

“I love it,” Trabue said.  “I think this is a fantastic experiment.”

Previous simulations have accurately predicted which teams make the playoffs.

“EA does a great job on research and development, following the players stats,” Trabue said.

Now, if only there were a simulation for how likely it is for a player and team to agree on a holdout.