School officials eyed the closed Macy's store as an alternative to other options, and partial walls were added for classrooms. 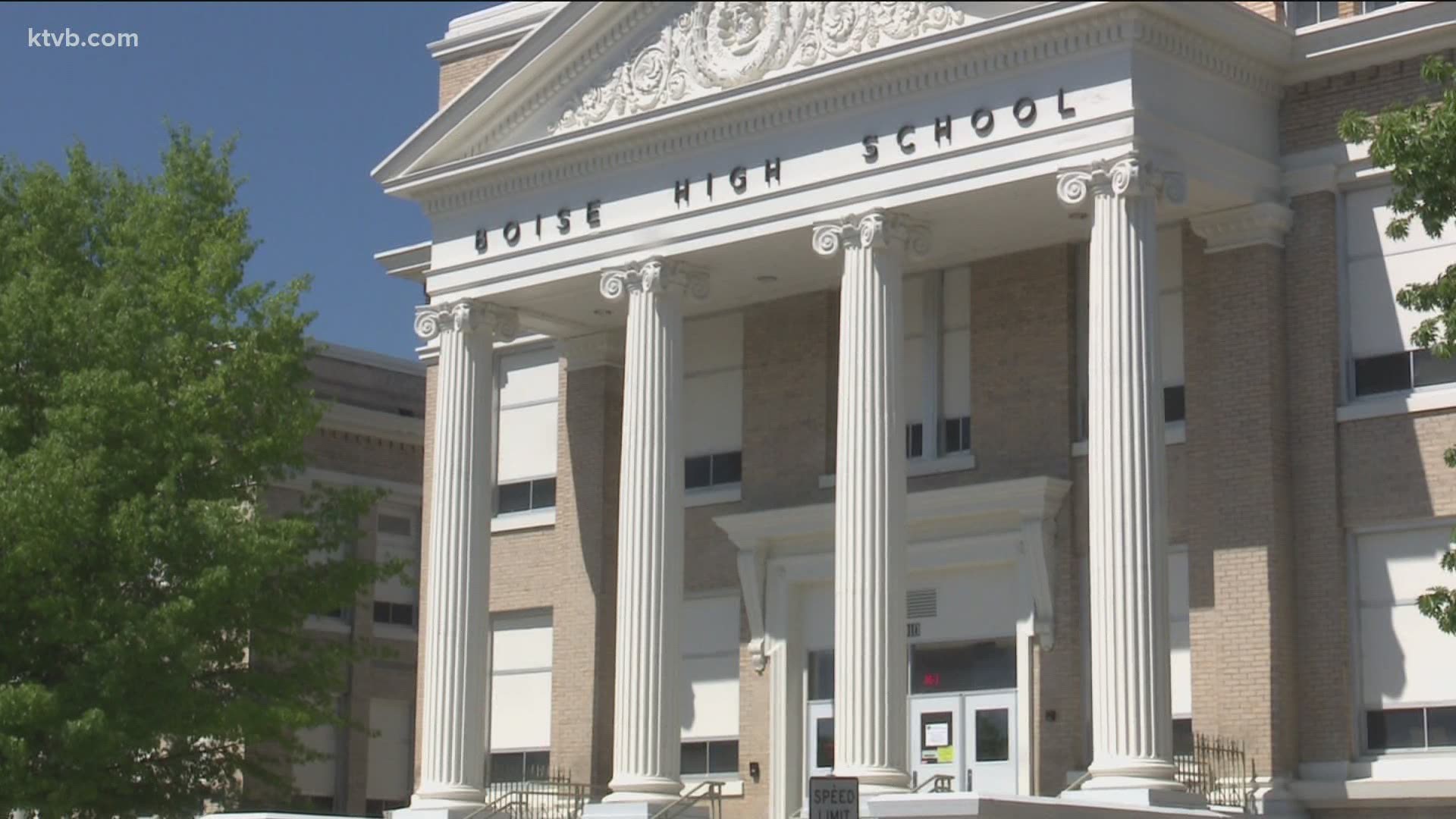 Students who once shopped at a downtown mall in Burlington, Vermont, are now attending high school in the former Macy's department store, with gleaming white tile floors and escalators whisking them to and from classes.

The Downtown Burlington High School opened March 4, about six months after school administrators closed the existing school, just under 2 miles away, because toxic industrial chemicals known as PCBs were found in the building and soil during renovations. That left students stuck at home learning remotely for much of the school year during the coronavirus pandemic.

As school officials looked for space where students could attend school in-person, they eventually eyed the empty department store, which closed in 2018. They talked with architects and learned it was a possibility, said Superintendent Tom Flanagan.

"It's weird but cool at the same time," said freshman Moses Doe, 15, who said he and his family shopped plenty at Macy's before it became his school. He's getting used to the new space every day, he said, and the escalators and elevators are nice features.

The building underwent a $3.5 million retrofit supported by the state that added partial walls for classrooms while keeping some Macy's remnants, like the sparkly white tile floors, bright red carpeting, and Calvin Klein and Michael Kors signs and a large-scale Levi's jeans photo on a classroom wall. The library is housed in the former Macy's china department, with books displayed on under-lit shelves, while the gym is in a former store's warehouse and is still unfinished.

Senior Lila Iyengar Lehman said she didn't know what to expect of the store-turned-school.

"I have to say even though everyone complains that it's loud and crowded, I just am so much happier being around people. It's way better than being stuck at home on your computer all day long," the 18-year-old said. "And although the situation's weird, I think, you know, everyone's doing the best with the circumstances so I think it's pretty great overall."

Despite some challenges with noise because the classroom walls don't rise to the ceiling, the school is working, officials said. Iyengar Lehman said a lack of windows and students' being prohibited from leaving the downtown building for unexcused reasons is also a challenge. Normally seniors would be allowed to leave during blocks when they don't have class but due to coronavirus protocols, officials said that's not possible this year.

Unlike the other school, classrooms are closer together, so students get to see their classmates and teachers, creating a sense of community, Flanagan said. Just half of nearly 1,000 students attend at a time.

For now, the district has leased the building for 3 1/2 years while it learns more about the PCBs at the old school and what needs to be done.

After being remote for much of the year, several students said it's been beneficial to reconnect and be part of the community.

"It's really, really nice to see all my friends," Iyengar Lehman said. "Like I forgot how much I miss all those little interactions with people like passing in the hallways and saying 'hi' to teachers and just chatting with your friends."