The suspect, Terrance King, has a history of posing as a doctor and a firefighter. 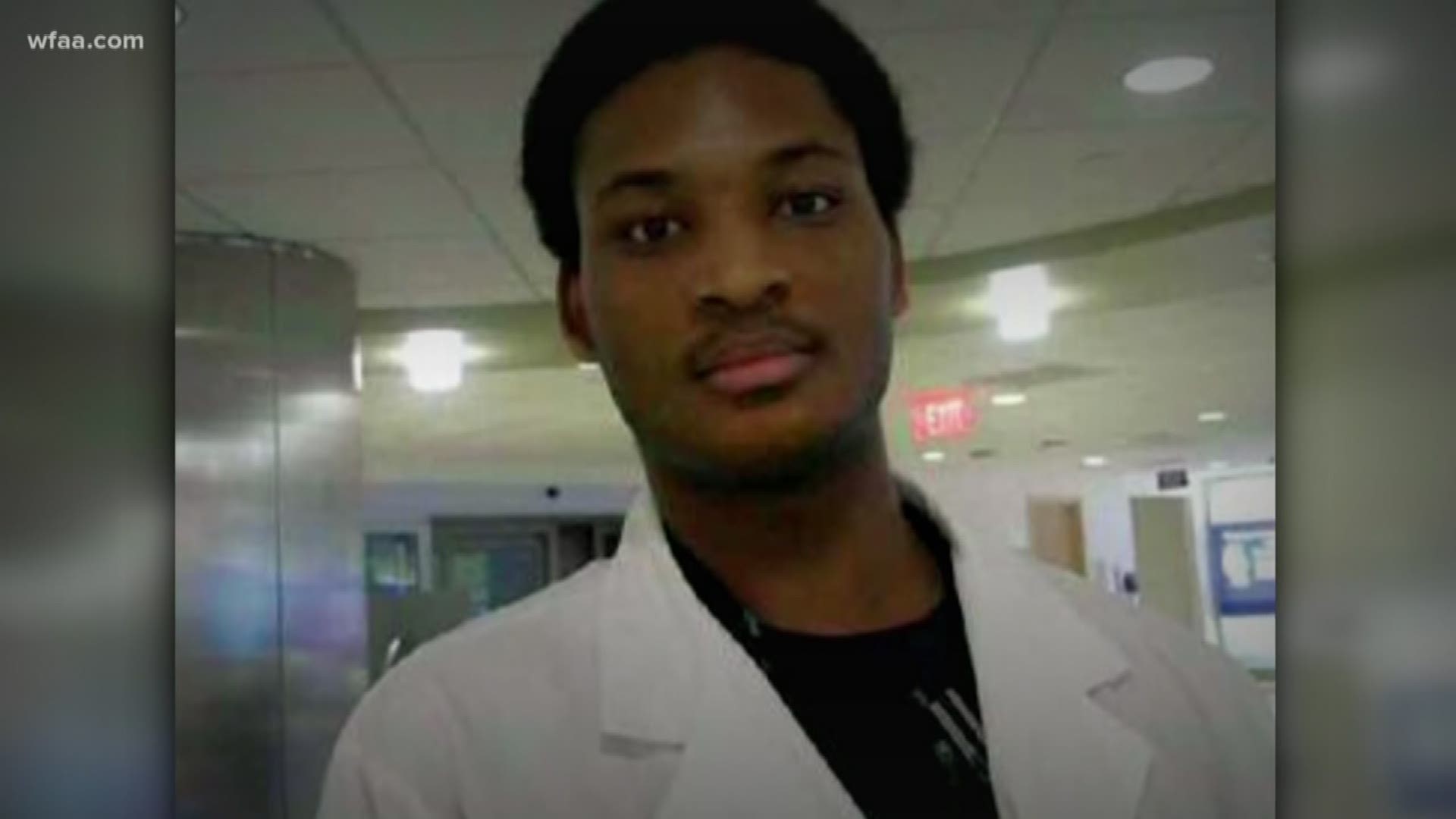 DALLAS — A Dallas man is now wanted by police after posing as a paramedic student and tagging along on medical calls with Dallas Fire-Rescue.

Terrance King, 27, is wanted for impersonating a public servant.

According to Dallas Fire Fighters Association President Jim McDade, King showed up to DFR Station 49 near Dallas Executive Airport last week and convinced firefighters that he was an EMT student.

It's not unusual for students, specifically college students, to show up to stations to shadow members of DFR.

However, McDade told WFAA that stations are usually notified beforehand about a student's arrival. Rarely, he said, do students show up unannounced.

McDade said that King somehow persuaded firefighters that he needed to go on a ride-out and was on-scene for a few medical calls.

Per McDade, King didn't assist during those calls or treat any members of the public.

"They confronted him, and he took off running," McDade said. "He ran away with one of our ballistic vests assigned to an engine, but that was eventually returned."

McDade called the situation a major security issue that should have never happened if protocols were followed.

He said King should have been vetted and turned away.

"The first thing we would do is contact a supervisor and someone in the know at whatever school they said they were from," McDade said. "Him showing up unannounced was a huge red flag."

Dallas Fire-Rescue immediately sent out a department-wide security alert about King so no one else would be fooled.

Spokesman Jason Evans sent the following statement to WFAA about the incident:

"Dallas Fire-Rescue is aware of the recent ride-out on which Mr. King was permitted to take part. Upon reviewing the incident, we discovered Mr. King intentionally misled DFR personnel when requesting the ride-out. To ensure the security of our fire stations and that of our personnel, we have reviewed our requirements and processes, which includes a background check by our investigators, to prevent future occurrences. Additionally, we have reinforced the importance of station security with our personnel. Only Fire and EMS personnel from surrounding jurisdictions, individuals in EMS training and City officials are allowed to ride-out."

A HISTORY OF IMPERSONATION

RELATED: Suspect has long history of posing as doctor, firefighter

When he couldn't produce an ID, they realized he was an impostor.

He was wearing a stolen shirt and jacket with the Denton fire department name and logo.

King told hospital staff members at Denton Presbyterian Hospital that his name was "Hunter Hudson" with the Denton Fire Department. He was carrying a handheld radio taken from the hospital, the affidavit says.

He was arrested on a charge accusing him of impersonating a public servant.

In January 2014, using a stolen key card, he masqueraded as a doctor at Forest Park Medical Center on the North Central Expressway, according to police records.

King told a hospital executive that he was "Dr. Starr" and was wearing a lab coat with that name embroidered on it. The key card and coat belonged to the real doctor, who worked at the hospital.

The executive thought something wasn't right about "Dr. Starr," so he notified hospital security, who determined it was an impostor.

King returned almost a week later, again using the stolen key card to enter through a restricted access door "with intent to take more food." King told police that he had been entering the hospital for about a week.

During that time, food and drink items had been going missing, the report said.

King told police that he had been taking shelter inside hospitals and the Salvation Army. Police found him with two laptops that had been taken during a burglary at Presbyterian Hospital in Plano, the report said.

He was sentenced to 45 days in jail on a burglary of a building charge.

University Park police eventually identified King as a suspect based on what happened in Plano. He was charged with felony theft a couple months later.

The radio was also recovered around that time at an apartment on SMU Boulevard, where King had lived.

In 2015, police say that King took an ambulance near Medical City and crashed it near Parkland Hospital.

The ambulance had run a red light and plowed into a BMW driven by a doctor.

The force of the collision sent the car airborne and spinning through the intersection, said the doctor's wife, who was also in the car.

The driver, identified as King, fled on foot and was later arrested.

"HE'S ALWAYS WANTED TO BE SOME TYPE OF HELP."

As a teen, family members told WFAA that King ended up in the foster care system after his mother died of kidney failure in 2007.

His sister told WFAA that he was homeless, mentally ill, and sometimes delusional.

"Really, I think his motive is just he's always wanted to be some type of help - whether it's a paramedic, firefighter, police officer - since were younger," said Nikki King, his sister. "Even though he's committed these crimes, he's not the type to hurt anyone."