Man turned away from two hospitals before crashing stolen ambulance

King also told News 8 he tried to kill himself in the ambulance crash that night. 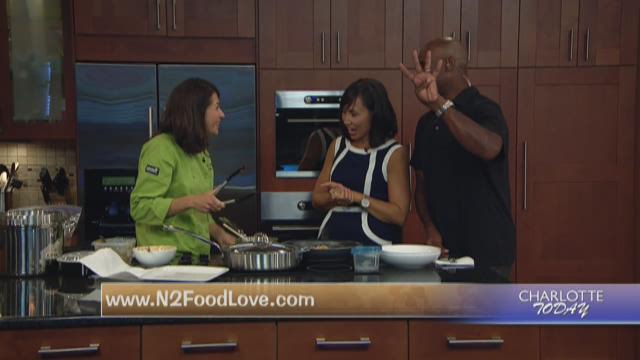 Terrance King said it was a cry for help.

He said that's why he impersonated a doctor and crashed an ambulance earlier this week near the Dallas Medical District.

"There was no other way to do it," he said during a jailhouse interview with News 8 Friday. "That's what's going to get people's attention."

King, 23, says he's homeless and mentally ill, having diagnosed with bipolar disorder and schizophrenia. On the day of his arrest, he tried twice to get admitted. He was turned away because he did not have insurance.

"The justice field needs to start understanding mental illness," Stormy Howland, a former Dallas police sergeant whose family took King in after he aged out of the foster care system. "Terry is doing these things because he needs food and shelter, clothing, the basics. And when all fails, he'll do something in a manic state and end up here and he's getting four meals a day."

At the jail, King had an emotional reunion with Howland. He hadn't seen her in more than two years.

"What's going on with you?" Howland asked him, both of them sobbing as they talked through a window. "You're not a criminal. This is not you."

He repeatedly bowed his head, barely to look at her.

"No one's calling you crazy," Howland said. "You know you belong in an institution that can help you and correctly diagnose you and get you on the right meds. And there are plenty of other jobs that are related to things and the dreams that you had because those are gone. You've got to face that."

Howland has known King since he was seven. She and her ex-husband met him while patrolling in the Northeast Dallas area. He was just seven.

"Terry was always extremely fascinated with cops and fireman," she said.

King ended up in foster care after his mother died from kidney failure. At 18, he came to live with Howland and her husband because he had nowhere else to go. They tried to help him.

"He became erratic," she said. "I started counting his medication and he wasn't taking it correctly. He just said that the medication made him feel like he wasn't himself. I can tell a difference in his personality when he's on the medication."

They made him move out when he started getting in trouble with the law.

In 2013, King made headlines when he got arrested after impersonating a Dallas firefighter at a Plano firehouse. He says he went there because he knew it was a place "where I could shower, sleep and eat."

"It was also a career field I wanted to pursue before I got in trouble," he said.

A few months later, he posed as a Denton firefighter, according to police records. In 2014, he masqueraded as a doctor and stole food at Forest Park Medical Center. In mid-2014, he stole a University Park Fire Department radio and used it to call in fake calls.

He was released from jail May 20 after serving a sentence related to the University Park case.

On Tuesday, authorities were alerted to a possible impostor after he was seen at Children's Medical Center. He was wearing a "Texas Oncology" lab coat and calling himself, "Dr. Munoz."

"Nothing happened," he said. "I was basically just walking around. I went into a patient's room and said oh (expletive) there's a patient in there and walked back out. That' when a supervisor started asking questions."

King says he just began wandering aimlessly. He went to a hospital in Richardson, seeking admittance into their psychiatric ER. He was turned away because he had no insurance. He caught a train back to Dallas and sought admittance to a Dallas psychiatric hospital. He was again turned away.

That's when he spotted the ambulance near Medical City, thinking "there's my ride right there."

Police began tracking the ambulance as he drove back toward the Medical District. A Dallas police officer spotted him near the Parkland emergency entrance. A hospital district officer began chasing him. King ran a red light, crashing into a BMW at the intersection at Maple and Oak Lawn Avenues.

"I didn't mean to hit them," he said. "I didn't even see them. I was looking at the pole. That's what I was trying to hit. I had taken my seatbelt off right before I hit to try to get ejected or something to kill myself."

He says he was feeling hopeless.

During the emotional meeting at the jail, Howland told King that he needed to take his medications for mental illness.

"You're a wonderful boy with so much potential," Howland said. "But you come off your meds, you have to go into survival mode and you love the ones that love you."

Howland made him promise that this would be the last time – a promise he's made before to others.

"You can't live your life in chaos," Howland said. "You'll wind up in Huntsville prison and you don't' want to be there. You don't belong there."

King, still sobbing, told her he was sorry for all that he had done.

"You don't owe me an apology," she said. "You hold that head up high and you figure out a plan for the rest of your life and I don't even want to have to talk to you behind a window again. I love you."

"I love you, too," King responded.

Howland says she's going to stand by King, hoping this time he gets the help he needs.