Who investigated the Dallas diocese?

A team of retired FBI agents, state troopers and law enforcement experts reviewed thousands of personnel files dating back to 1950. 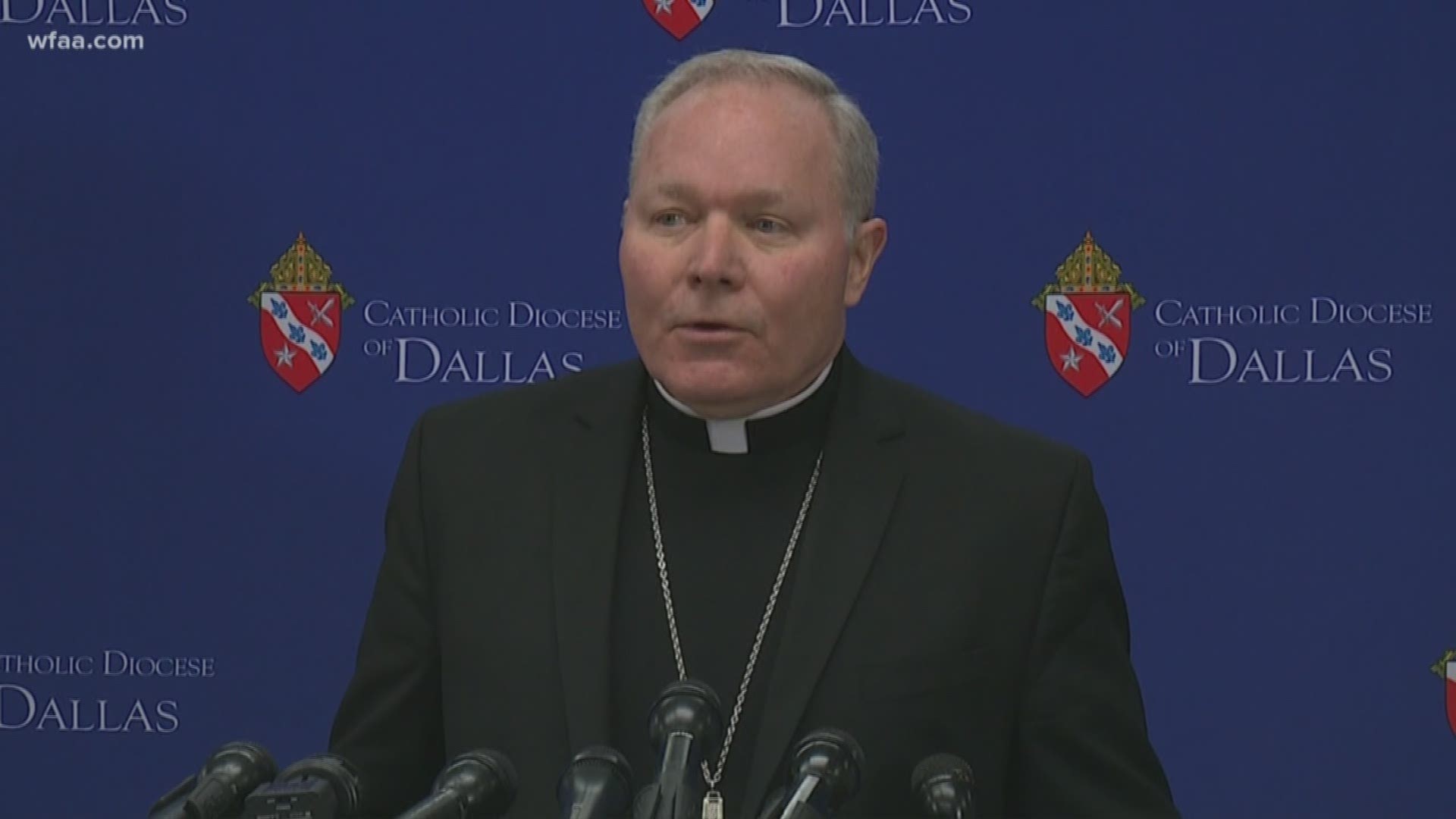 The diocese has not made the investigators’ names public, but said the team is in high demand by dioceses across the country because of its deep expertise.

“They’re not all Catholic,” Dallas Bishop Edward J. Burns said. “At the same time, they’re well versed with the child sexual abuse scandals of the church. Two in particular have worked in the area of child and youth protection for the church.”

Burns made those comments during an October news conference announcing dioceses across Texas would publish lists of credibly accused priests by January 31.

The investigative team members are not from Dallas.

Burns called the opening of diocese files to outside investigators a necessary step toward transparency and accountability, which he said parishioners want and need.

“This can’t be left to the hierarchy of the church to handle alone,” he said, adding that he welcomes “the collaboration and the critical eye of people concerned for the protection of children.”

The diocese hired the investigative team in February 2018 - the same month the diocese says three adult men reported sexual abuse at the hands of Edmundo Paredes, the former pastor of Oak Cliff’s St. Cecilia Catholic Church. The diocese said the abuse happened a decade earlier, when the young men were in their mid-teens. Paredes had been removed from the church due to allegations of financial mismanagement and he disappeared before the sexual abuse claims came to light.

Before the outside investigative team was hired, the Diocesan Review Board, made up of members of the diocese, was largely responsible for looking into allegations. According to Burns, the board includes doctors, clinical psychologists, attorneys, educators and parents.

“The church is definitely in crisis, there’s no doubt about it,” Burns said. “I owe it to the faithful of this diocese that the bishop is indeed going to be the shepherd who protects them - in particular the young and the vulnerable.”