Barbara Jordan lived through the American civil rights movement. She spoke on the biggest stages, always striving to make her country a better place for everyone. 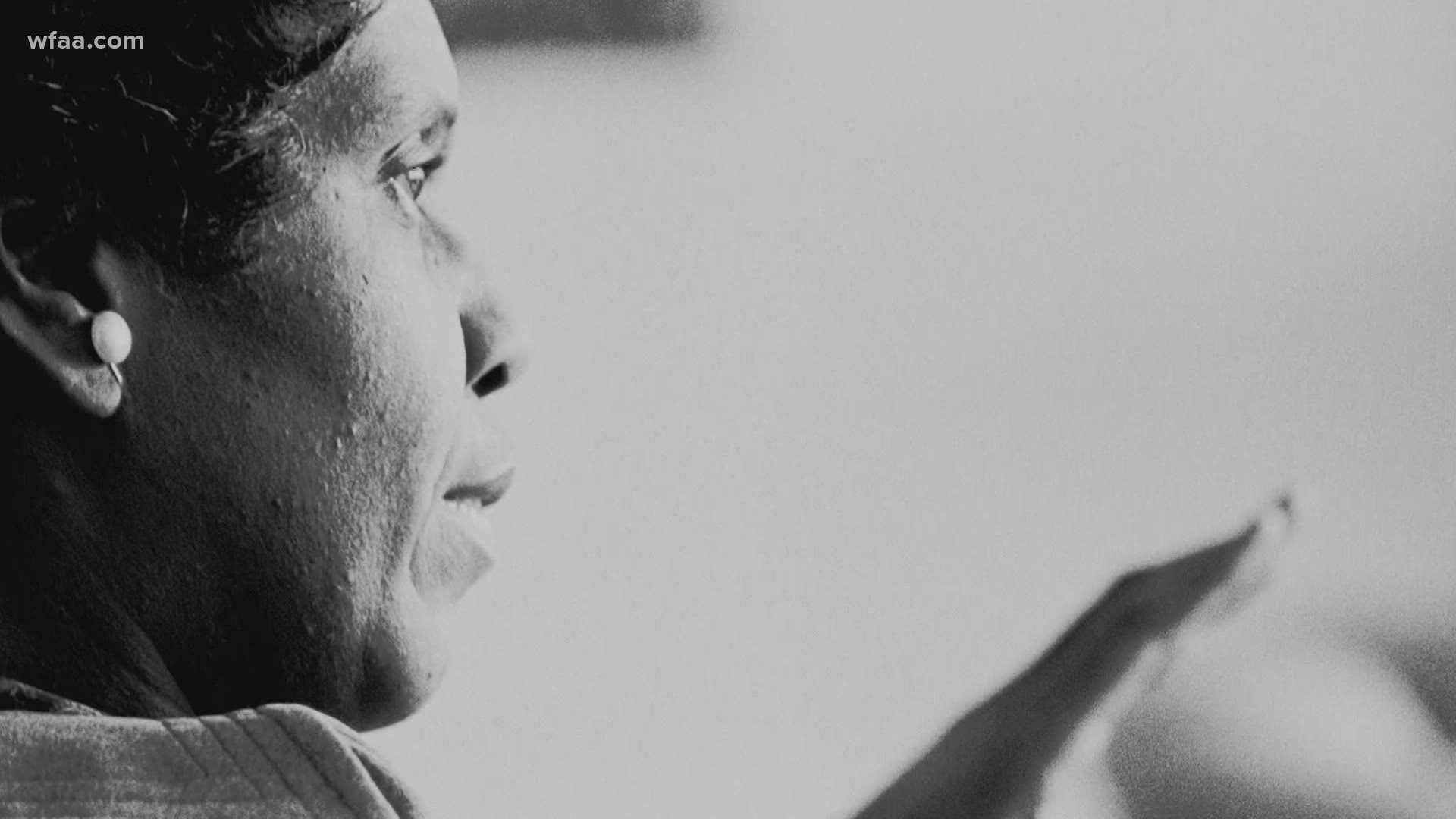 DALLAS — Barbara Charline Jordan was born in Houston in 1936. She was the youngest of three girls.

Jordan attended Phillis Wheatley High School, where a career day speech from Edith Sampson moved her to become an attorney. Sampson was an American judge and the first black U.S. delegate appointed to the United Nations.

Because of segregation, Jordan couldn't attend the University of Texas at Austin. She instead became a part of the inaugural class at Texas Southern University, majoring in political science and history.

Jordan joined the debate team and turned the nation's eye to this new university. Her team surprisingly and famously tied Harvard University's debate team in Houston.

Jordan returned to Houston, starting her own private law practice. She campaigned for a House of Representatives seat in 1962 and 1964, failing to win both times.

Jordan didn't give up and won a seat in the Texas Senate in 1966, becoming the first black woman to do so. She was re-elected to a full term in 1968 and served until 1972.

Jordan's peers elected her as president pro tem, becoming the first black woman to have the position. The role meant Jordan would serve as acting governor if the governor and lieutenant governor were both out of state.

On June 10, 1972, Jordan became the first black female to serve as acting governor of Texas.

That year, Jordan campaigned a third time for a House of Representatives seat. She gave speeches throughout the Houston area, at one point telling supporters at a rally, "I'll only be one of 435. But the 434 will know I'm there."

With 80% of the votes in the primary, Jordan won and became the first black woman in Texas to be elected to the U.S. House of Representatives.

One of Jordan's biggest supporters was former President Lyndon B. Johnson, who helped her get a position with the House Judiciary Committee.

On July 25, 1974, Jordan delivered a 15-minute nationally televised speech in front of the committee to open the hearings that were a part of the impeachment process against Nixon.

Many people consider Jordan's delivery one of the best speeches in recent American history. She explained her support for the five articles of impeachment against President Nixon.

Jordan said that if her fellow committee members did not find the evidence convincing enough, "then perhaps the eighteenth–century Constitution should be abandoned to a twentieth-century paper shredder."

Years later, some speculated that Jordan could be a potential presidential running mate for Jimmy Carter from Georgia. That didn't happen, but she did become the first black woman to deliver a keynote address at the Democratic National Convention.

In 1978, Jordan declined to run for a fourth term, retiring from politics a year later.

She became an adjunct professor teaching ethics at the school she once wasn't allowed into – the University of Texas at Austin for the Lyndon B. Johnson school of public affairs.

Jordan had multiple sclerosis and used a wheelchair toward the end of her life.

She returned to Washington in 1992 to be the keynote speaker at the Democratic National Convention one more time.

More than 1,500 people poured into the Good Hope Missionary Baptist Church in Houston for her funeral to remember, celebrate and honor Barbara Jordan.