Police and firefighters had worked on the rescue throughout the day, beginning before noon, after Zoey was discovered in the storm drain. 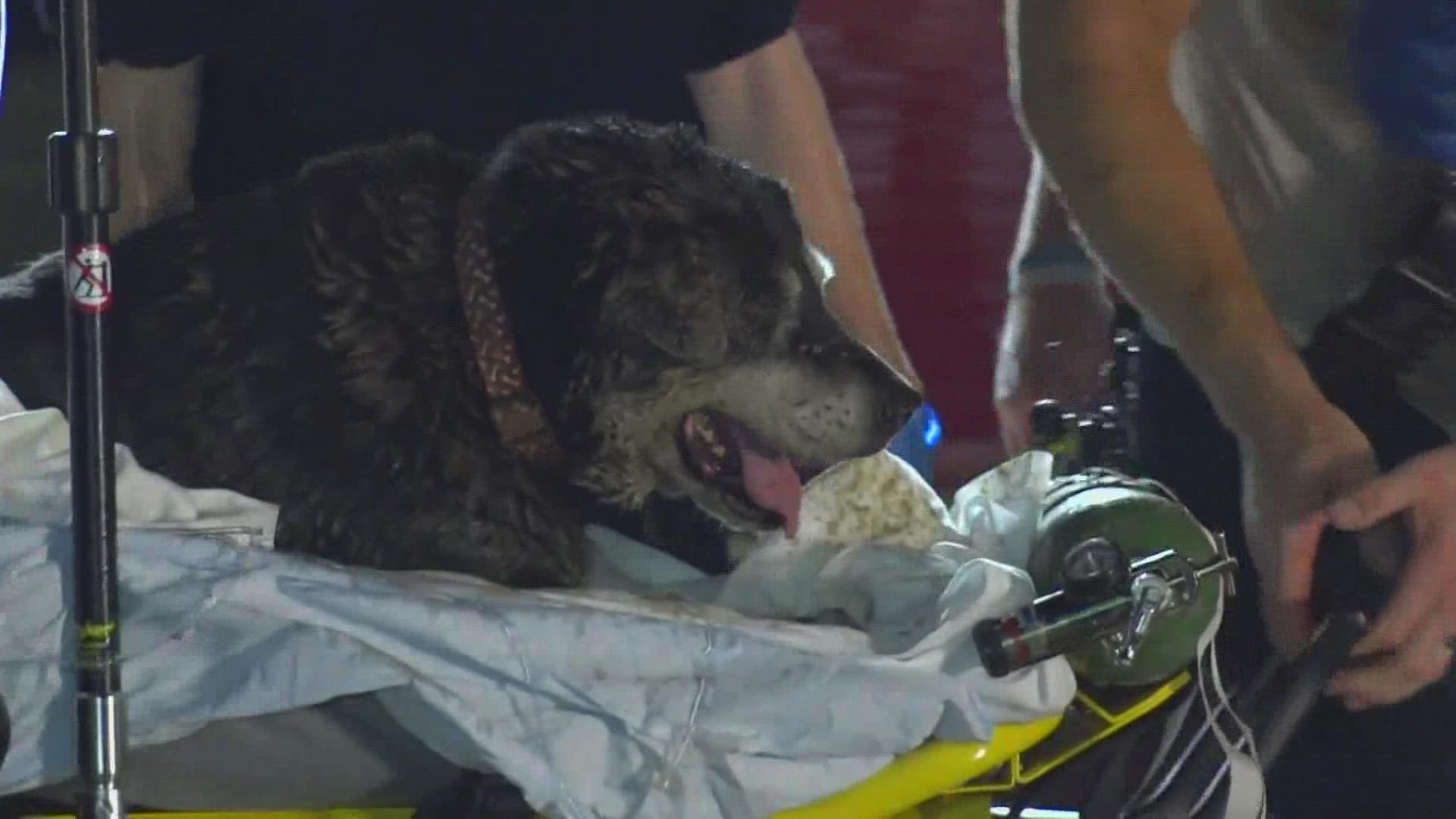 The two-day search for a deaf 15-year-old dog in Arlington had a happy ending Saturday night.

Arlington firefighters were able to rescue the dog, Zoey, from a storm drain shortly after 10 p.m. near Kelly Elliott Road and Bretts Court.

Police and firefighters had worked on the rescue throughout the day, beginning before noon, after Zoey was discovered in the storm drain. She had been lost since Thursday.

“I had put on NextDoor app, we’re missing our dog, if you see it, and people were like, 'Here’s my number, call me and I will come help you find it,'" Andrea Tankersley, the dog's owner, said. “People were hearing animal sounds, but they were hearing them all over the neighborhood.”

Police officer Kristi Weil said she was dispatched to the call on Saturday. Police, firefighters, paramedics and city rescue crews all responded, too, as they tried to figure out how to get Zoey out of the drain safely.

When a firefighter suggested a skateboard might be helpful tool to get into the drainage pipe, a nearby kindergartner, Hunter, was eager to help.

"He was just so enthusiastic about helping us," Weil said. "It was just so heartwarming."

Rescuers used the skateboard during the rescue, and, in the end, signed it for Hunter, Weil said. They plan to present the skateboard to Hunter this week.

It took 11 hours of digging to eventually pull Zoey out. A water department camera stayed on her the entire time.

Somehow, she had no serious bruises and no broken bones.

“Miracle, definitely. Miraculous," Andrea Tankersley said. "I don’t know how she came out not more broken or more injured."

The community also helped out by delivering water and pizza to the rescuers throughout the day.

“They had to come up with plan B and Plan C and Plan D and they were just going to do whatever it took," Andrea Tankersley said.

"It has been amazing," Weil said. "Everyone has been so helpful. There have been cheers of joy, and tears, when Zoey was rescued. And I love seeing the community turn out and cheer a successful end to this. And for a family to have their beloved pet returned to them at the end of the day."

RELATED: 'I would do it again': Dallas police officer helped rescue 2 people and a dog from a burning home 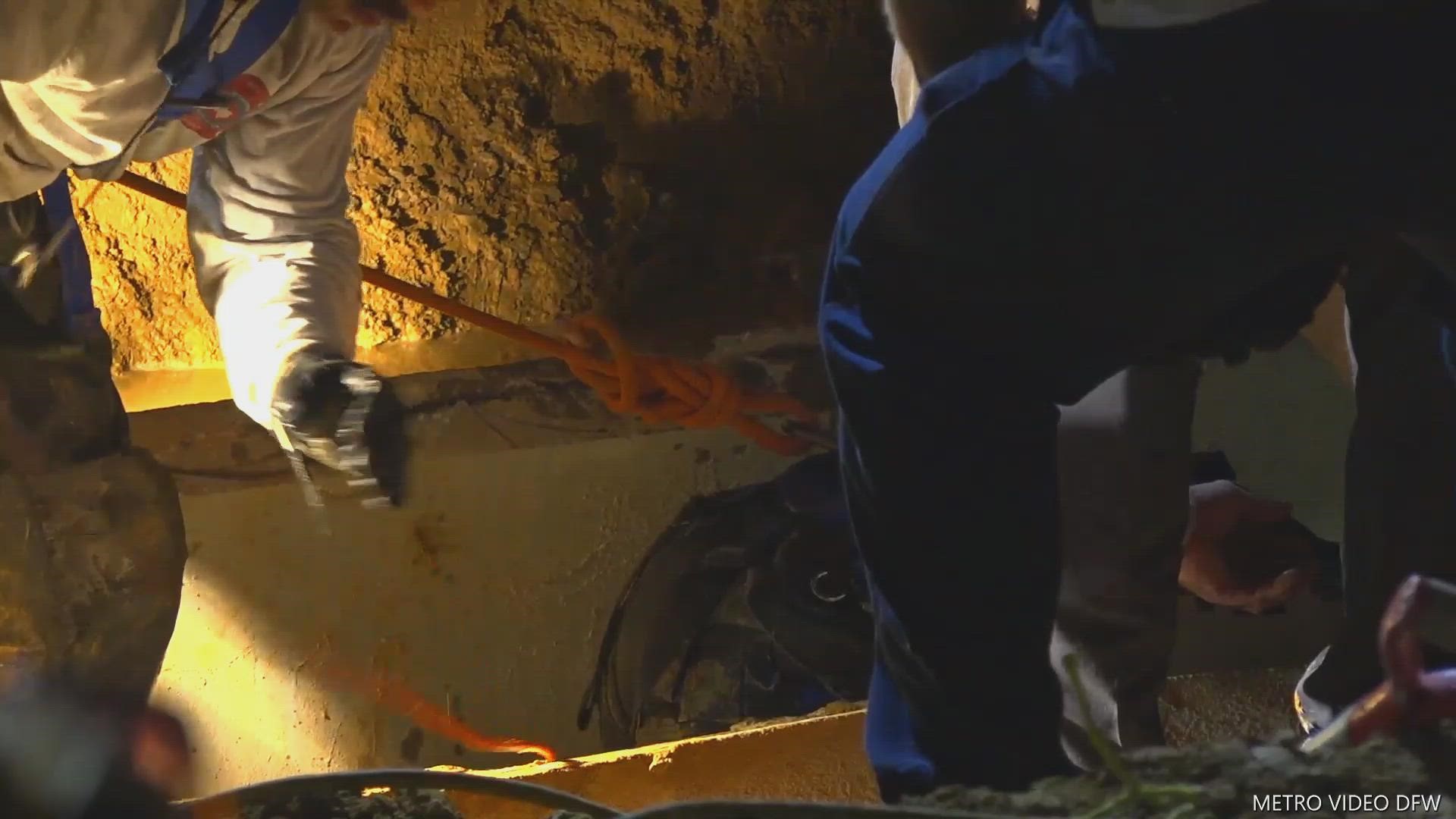