'I would do it again': Dallas police officer helped rescue 2 people and a dog from a burning home

Officer Darryl Cytacki ran into a home after residents flagged him down, telling him the house was on fire. 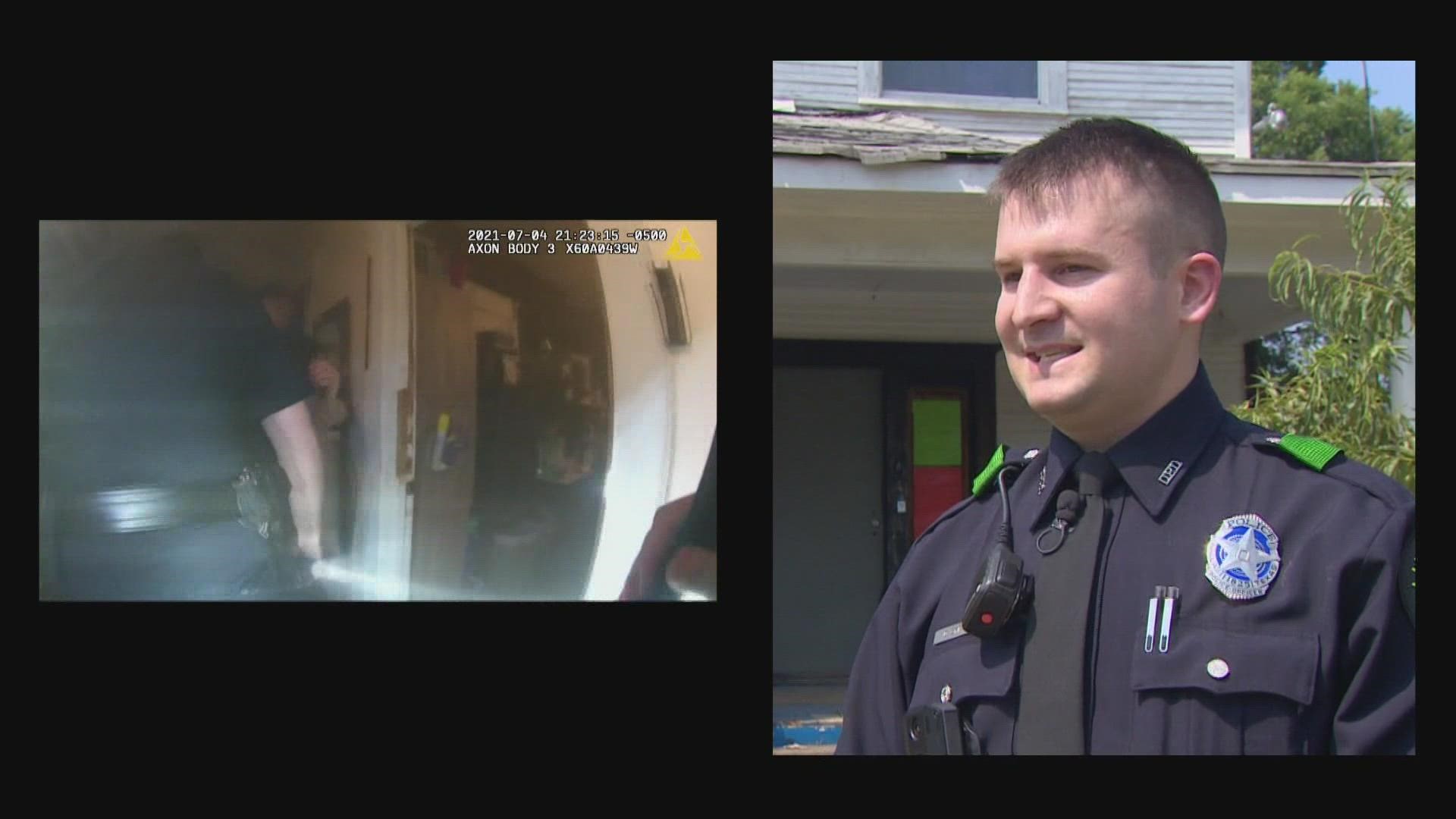 DALLAS — Dallas police officers are being called heroes after running into a burning home to save residents and their pets.

WFAA obtained body camera footage that shows the moments when they ran into the home.

Officer Darryl Cytacki is heard going through the door.

"Move everyone away from here,” he shouted.

He first encountered a dog and grabbed him.

He was on his way to another call 4th of July weekend, when he was flagged down.

"People were starting to scream and I couldn't understand them, because it was all at once, and I looked up and I saw the top of the house was on fire,” said Cytacki.

"Move, the house is on fire,” Cytacki shouted.

People were inside as the fire grew.

"Police, anyone else in here? Everyone outside, police, everyone out.”

"We cleared the entire bottom floor at that time, and I was the only one in the building, and I went to the second floor and noticed two other officers had entered the building,” said Cytacki.

They got a second man out who had just woken up.

The video shows the officers struggling as they inhaled smoke, but try to make it to the third floor where they hear that a woman is trapped.

"We tried walking up the stairs but at the time, you couldn't see anyting, you could feel the smoke, the heat and we couldn't get to the third floor,”  said Cytacki.

They are told to get out of the house. It’s too dangerous.

The police dispatcher tells him.

“Get out and let the fireman do it.”

Unfortunately, officers were not able to save a woman inside but they did help Morris Alder. He was one of the two men in the home and this is his dog that Officer Cytacki rescued.

"I thought he had a lot of courage and to try and go into every room,” said Alder.

Officer Cytacki says he would do it again.

"You always think in your head, 'Hey, am I capable of doing this? Am I capable of running into a burning building? And I just praise God that he was there with me,” said Cytacki.

The officer suffered smoke inhalation and had to be out for a week to recover.