The first test site for Uber's flying taxis is in Frisco

At Frisco Station a helipad was just built to be the first test site for Uber Elevate. 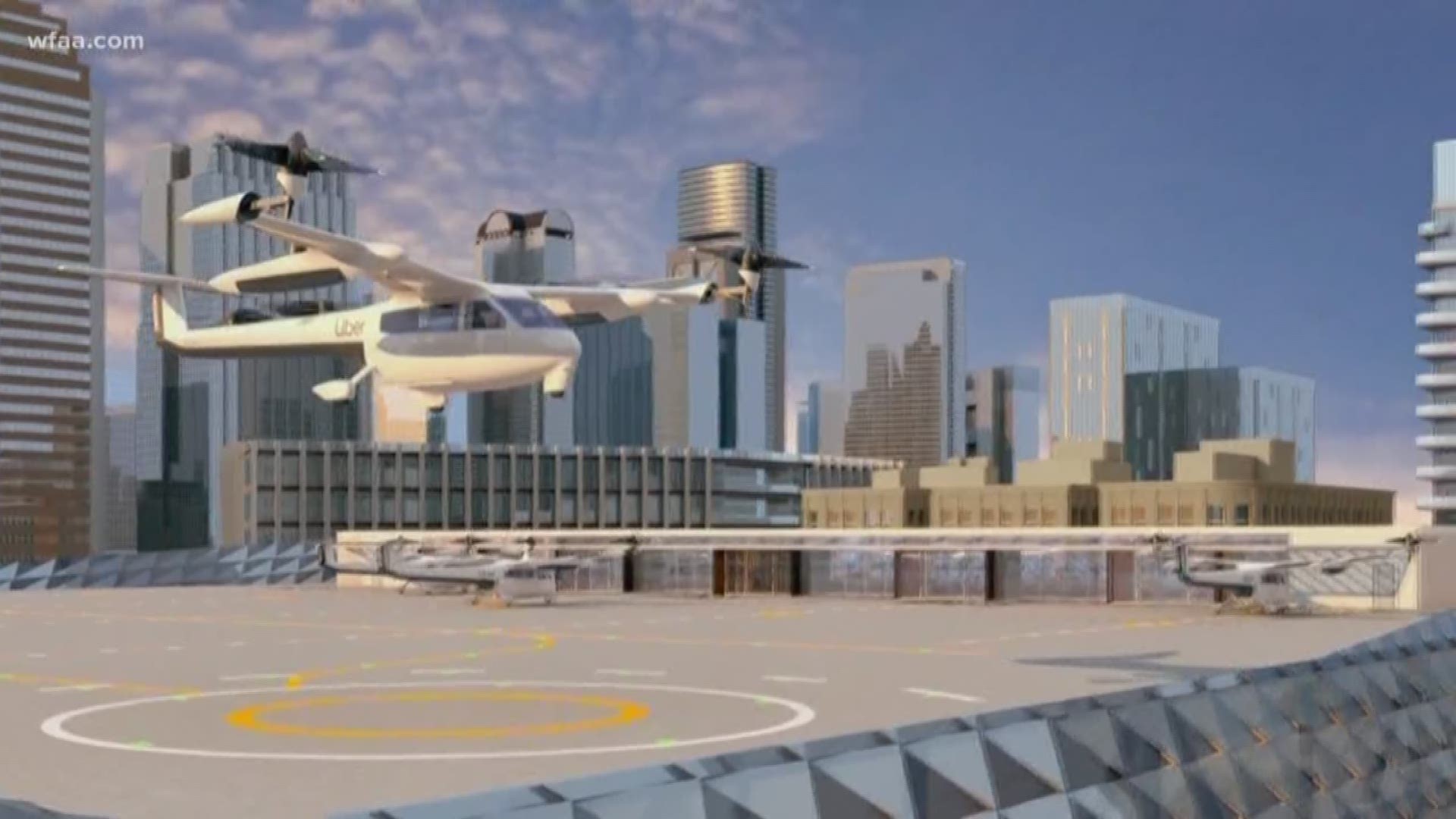 FRISCO, Texas — The future of transportation just might be taking shape in Frisco.

At Frisco Station, a helipad was just built to be the first test site for Uber Elevate. The helipad sits right next to The Star and along the Dallas North Tollway. It is larger than most helipads because it is designed to handle more than a regular helicopter.

"The next leap is to be going vertical and into the air. We're excited that Frisco is going to be the first location in the world to test this technology," said Frisco Mayor Jeff Cheney.

The city of Frisco is a logical spot considering its growing corporate scene. The helipad meant for testing may also be the location of Uber's next verti-port.

"It's in their master plan to be a permanent location and one of the first when it opens to the public," said Cheney.

Cheney told WFAA it will take someone seven minutes from the Frisco Station location to get to their terminal at DFW Airport.

“We are proud of the relationship we’ve built with Hillwood and all the unprecedented opportunities that come from working with a leading developer with like-minded views,” said Travis Considine, the communications manager for Uber in Texas. “At more than 26,000 acres, including direct access to Fort Worth Alliance Airport and the region’s vast array of airports and transportation hubs, AllianceTexas offers a big canvas to develop, test and refine our advanced mobility technologies to create next-generation transportation options for the growing population of Dallas-Fort Worth.”

Uber also announced Tuesday major developments in its self-driving technology project. Uber says it will start mapping out the Dallas-Fort Worth area in November to make this technology possible.