Officials said prisoners will soon begin to test themselves with a newly approved test. So far, less than 2% of state prisoners have been tested for the virus. 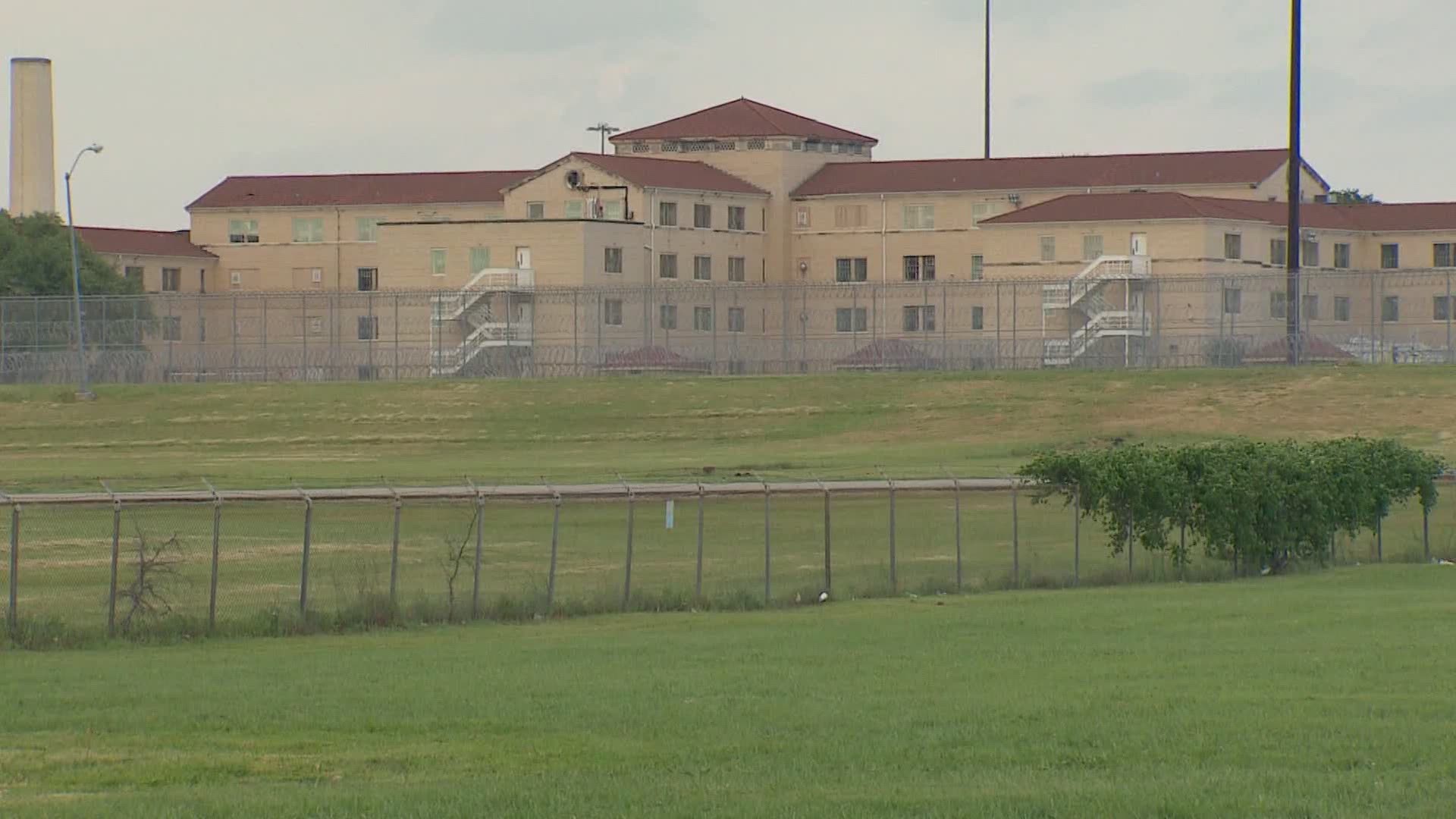 This story originally appeared on The Texas Tribune.

The Texas Department of Criminal Justice announced Tuesday it will begin widespread testing of state prisoners for the new coronavirus.

In a statement, the agency said it is receiving tens of thousands of new tests that inmates will administer themselves, crediting Gov. Greg Abbott and the Texas Department of Emergency Management. The new testing is already underway; more than 1,500 inmates and employees had been tested by Tuesday morning, prison spokesperson Jeremy Desel said. Inmates at all 104 prison units are being shown an agency video on how to administer the tests, he said.

The announcement came one day after the governor directed mass testing of all residents and staff at Texas nursing homes. Abbott said in a tweet Monday that the state was "working to rapidly expand our testing capacity — especially among vulnerable populations."

“Increasing the information available to our medical professionals will help us to further enhance the agency’s ability of stop the spread of COVID-19,” said Bryan Collier, TDCJ's executive director, in the statement.

The coronavirus is fully entrenched in the Texas prison system, with more than 2,300 inmates and employees confirmed to be infected at dozens of units as of Monday, according to TDCJ data. At least 30 prisoners and seven TDCJ employees have presumably died from COVID-19, the respiratory disease caused by the virus.

RELATED: 56-year-old inmate of federal prison in Fort Worth latest to die from COVID-19, officials say

Desel said he did not know how the tests would be divvied up among the prisons. The system contains nearly 140,000 inmates. The U.S. Food and Drug Administration approved the tests, manufactured by Curative Inc., in April for emergency use. Curative's tests have also been used by the U.S. Air Force and in Los Angeles. The startup company, founded in January, is expected to produce more than a million of the oral, self-administered tests by the end of May, according to dot.LA.

With the new testing, Desel said the agency is going to change how it reports its numbers on coronavirus infections in its prisons. He said the number of negative tests will likely be removed from reported data. That would publicly obscure what percentage of tested inmates and employees have the virus. Prison coronavirus reports are so far largely excluded from the statewide data released each day.

"We do anticipate that there’s going to be a significant increase in the number of positive tests," he said. "Any type of asymptomatic or mass testing has had at least some level of increase."

Until late April, TDCJ had only been testing symptomatic inmates. After larger-scale outbreaks at some prisons, a handful of units began conducting testing of asymptomatic inmates who had been exposed to the virus. Employees without symptoms at some units also were then able to be tested by TDCJ.

During the pandemic, epidemiologists and prisoner rights advocates have called for mass testing of those incarcerated in jails and prisons, where disease spreads quickly in crowded and often unsanitary conditions. Being able to identify and separate infected inmates, including those without symptoms, from healthy prisoners is a large part of containing the spread of the virus, said Dr. Chris Beyrer, an epidemiologist at Johns Hopkins Bloomberg School of Public Health.

Michele Deitch, a senior lecturer and prison conditions expert at the University of Texas' LBJ School of Public Affairs and law school, said TDCJ should be applauded for finding a source for new tests. But she cautioned that testing is not the sole answer.

"If they think that testing alone is going to solve anything, it doesn't," she said. "It depends on what they do with it."

Deitch said tests are static — someone who tests negative for the virus one day could test positive the next — and noted that health experts have warned of false negatives. Dot.LA reported that Curative has reported a 10% false negative rate, which the founder argues is better than most nasal swab testing. But Deitch said testing would allow for the prisons to separate those who are infected or exposed from those who test negative and have no exposure to the virus. She urged daily testing of staff going into those areas.

"In those spaces, they can allow people a lot more freedom of movement and activity as long as there is nothing that is coming in that is introducing new risks into that space," she said.

Infectious disease experts have also called for the release of more prisoners to combat the coronavirus. Having fewer prisoners in a facility allows for more social distancing among people locked up and working inside, the Infectious Disease Society of America said in a brief on the coronavirus in correctional facilities. It also puts less of a strain on medical facilities within prisons and in their communities, which are often in rural areas, the brief said.

Advocates have called for the release of those eligible for parole who are older or have illnesses that make them more susceptible to severe illness or death from the virus. Many inmates have also been approved for release on parole but can’t leave the prisons because they first have to complete programs that may be in limbo now.

The decision to release more prisoners falls to Abbott and the Texas Board of Pardons and Paroles, neither of which has indicated any plans to do so. Abbott said in March that the answer is not releasing dangerous criminals to the street, but containing the virus within the prison system.

Disclosure: The University of Texas at Austin — Center for Politics and Governance — LBJ School of Public Affairs has been a financial supporter of The Texas Tribune, a nonprofit, nonpartisan news organization that is funded in part by donations from members, foundations and corporate sponsors. Financial supporters play no role in the Tribune's journalism. Find a complete list of them here.

More from The Texas Tribune: