Texas has billions in its rainy day fund. But legislators say they won’t use it until January.

State lawmakers widely agree they will tap into the Economic Stabilization Fund next session. But under the weight of a crippled economy, many want relief now. 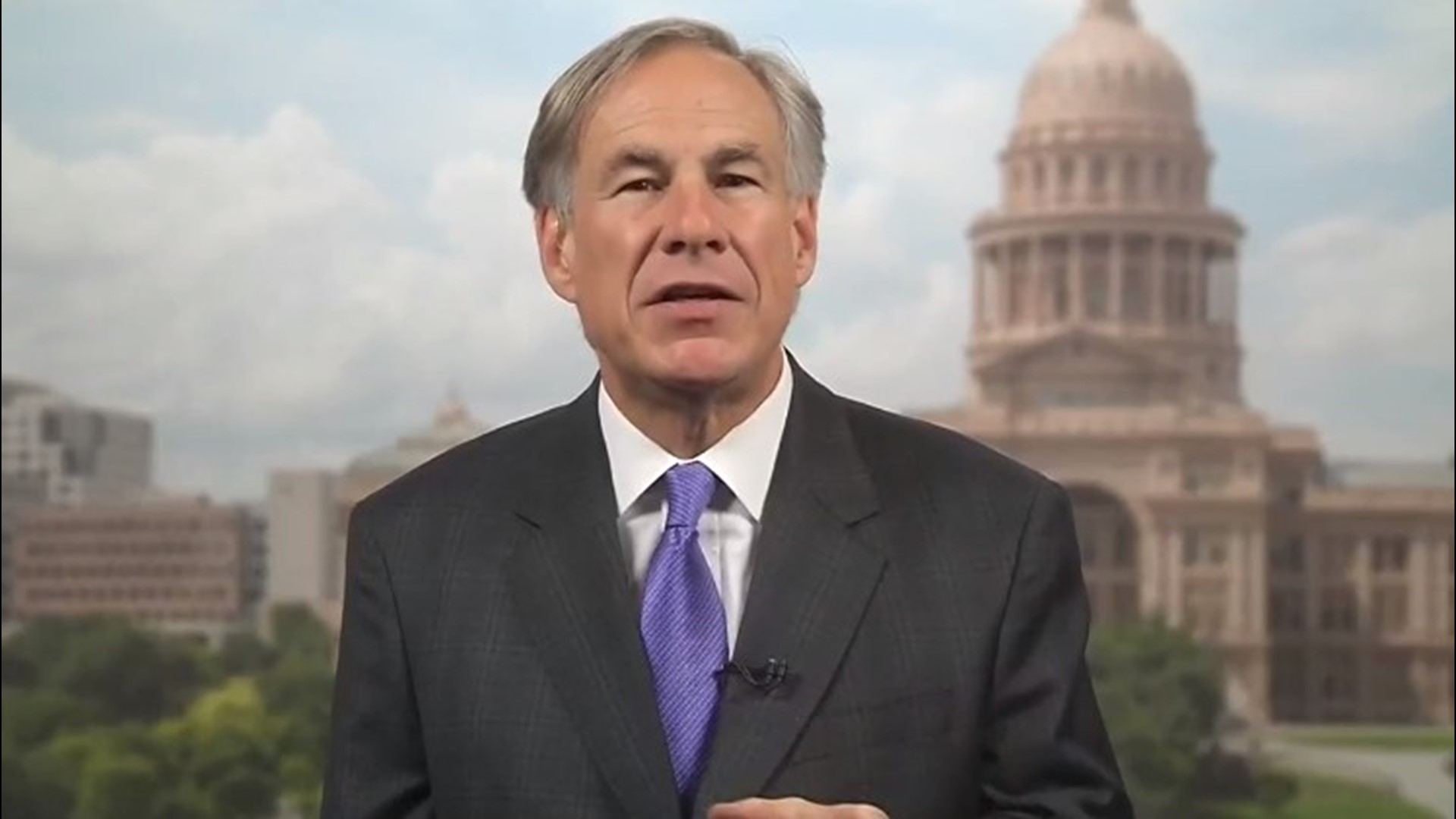 As Texas’ economy reels from a monthlong shutdown of commerce statewide, unprecedented unemployment and falling oil prices, some Texans are calling on officials to tap into the state’s Economic Stabilization Fund that has billions of tax dollars officials have been saving for years.

For weeks, Texans’ attempts to access unemployment benefits, food giveaways and housing aid have swamped government agencies and nonprofits. Kelly Hayden, who works at a San Antonio call center for a defense health agency, said state lawmakers should tap the savings fund to provide economic relief for people struggling to stay afloat financially during the pandemic.

“Either with food banks or to help with people’s bills or just need to make their money last another month or two,” Hayden said.

But because some of that money is already earmarked for Hurricane Harvey relief and flood mitigation, among other things, the comptroller is expected to tell lawmakers this summer that they’ll start the next biennium with $8.5 billion in the account. The comptroller anticipates having a clearer picture of the economic impact COVID-19 has had on the state come summer, after looking at the sales tax revenue for previous months, Bryan said.

Many legislators agree the fund is going to be needed. But Texans shouldn’t expect it to be tapped soon unless Gov. Greg Abbott calls the Legislature back to Austin for a special legislative session before next year’s regular session, which many believe is unlikely.

And when lawmakers do meet again, they are more likely to use the fund to plug expected shortfalls in the state budget than to provide any sort of state-level version of an economic relief package like Congress passed.

At least two members on the House Appropriations Committee, the lower chamber’s panel of state budget writers, said it’s too soon to know how the fund should potentially be used. State Rep. Donna Howard, D-Austin, said it “remains to be seen” where the greatest need will be. By the time the Legislature is back in session, Howard said she expects more clarity on how the rainy day fund should be utilized.

State Rep. Oscar Longoria, D-Mission, is vice chair of the appropriations committee. He said it’s important to constantly monitor the situation and “see where all the dust settles” before assessing the financial restraints on the state.

First off, Longoria said, the state needs to “keep the status quo” with the 2020-21 state budget. And state Sen. Juan "Chuy" Hinojosa, a McAllen Democrat who is vice chair of the Senate Finance Committee, said in an email that the fund should be used to fill holes in the budget.

That could mean that lawmakers use the billions in the rainy day fund to pay the costs of a so-called supplemental budget, something lawmakers can create to cover unpaid bills that weren't accounted for in the current two-year state budget.

Howard said she also anticipates the creation of a supplemental budget come January, which may be needed to cover acute needs in providing health care to uninsured people, shoring up rural hospitals, supporting public and higher education, and modernizing information technology.

Several Republican lawmakers on the House Appropriations Committee did not respond to requests for comment.

"I have no doubt we will discuss using a portion of the Economic Stabilization Fund as part of the appropriations process next session,” said state Sen. Jane Nelson, a Flower Mound Republican who chairs the Senate Finance Committee, the upper chamber’s budget-writing panel. “Because we have been fiscally disciplined over the years, Texas is in a much better position than other states to address this crisis."

“Real crisis for the future”

Lawmakers have previously used the account to reduce budget deficits, invest in public education and improve water infrastructure, as well as other economic development initiatives.

But taxes on oil and gas production replenish the rainy day fund. With a slump in prices and a sharp cutoff in demand for oil products, the Legislature won’t be able to replenish the fund at its normal rate, said Brandon Rottinghaus, a political science professor at the University of Houston. The collapse of the oil and gas industry will ripple through the entire budget, Rottinghaus said, but it’ll hit the rainy day fund the hardest.

“The rainy day fund ballooned in its value because of rising oil prices and stable demand,” Rottinghaus said. “With those both gone, it’s a challenge to keep a healthy rainy day fund funded. It’ll be a real crisis for the future.”

The state has stowed away funds for years. Its Economic Stabilization Fund was the second-largest in the nation in 2018, according to data from the state Legislative Budget Board. Some lawmakers argue this leaves Texas under better circumstances than most.

Tapping into the fund before January requires Abbott to call a special legislative session. But State Rep. Gene Wu, a Houston Democrat on the House Appropriations Committee, said it’s “highly unlikely” that Abbott will do so.

“Unless we’re doing the bathroom bill, the governor has no interest in doing a special session,” Wu said.

In July 2017, Abbott called a special session to deal with a slew of issues, including a controversial debate over an ultimately unsuccessful attempt to dictate which bathrooms transgender Texans can use. Abbott’s office did not respond to requests for comment.

Wu said the rainy day fund should be used to provide for cities, counties and municipalities waiting on federal money. Then, once federal funding makes its way to Texas localities, they can pay back the bridge loans to be returned to the rainy day fund.

But this state action needs to happen now, Wu said. After Hurricane Harvey hit in 2017, the state did use the rainy day fund, but not until the next legislative session in 2019. For many cities and counties, “it was too damn late,” Wu said.

Fellow Democrat and committee member Longoria said he’s “optimistic” that there’s enough funding throughout Texas cities and counties to last until the next legislative session, but if that changes, legislators will have to look at all the options.

“States are in a really tight budget spot, but at least we have a little bit of a safety net,” Longoria said. “When the time comes, that’s always going to be an option. We’re very lucky.”

Rottinghaus, the political science professor, said the “ethos” in the past decade has been not to use the fund, instead allowing it to grow. But it was created for the exact economic crisis the state faces, he said.

“Given the current stripe of politics in the Legislature, there’s a desire to get things done and move the needle on policies people care about,” Rottinghaus said. “The question is not whether or not to spend it, but how much to spend.”

Rottinghaus said he anticipates the Legislature will utilize at least half of the fund, and he expects a large chunk will go toward public education, as the state promised last session.

Still, Texans are calling for relief now, many pushing for aid in the form of a state stimulus package similar to the federal stimulus checks sent to individuals nationwide. Hundreds of thousands of Texans are grasping at straws to pay rent or purchase groceries.

“It seems Texas just wants to pile up the money and never pull it out,” said Van Johnson, who works in finance in Dallas. “You’re taking money out of the economy and never putting it back in. If we ever need economic stimulus, it’s right now.”

Brian Standard, an intern pharmacist from Temple, echoed that sentiment.

“If you’re saving a couple billion [dollars] for a rainy day, I don’t think there’s a rainier day than a global pandemic,” he said.

Disclosure: The University of Houston and the Texas Comptroller of Public Accounts have been financial supporters of The Texas Tribune, which is funded in part by donations from members, foundations and corporate sponsors. Financial supporters play no role in the Tribune's journalism. Find a complete list of them here.