Texas Democrats have not said what kind of strategy they would pursue to counter another Republican-led effort to change voting laws in Texas. 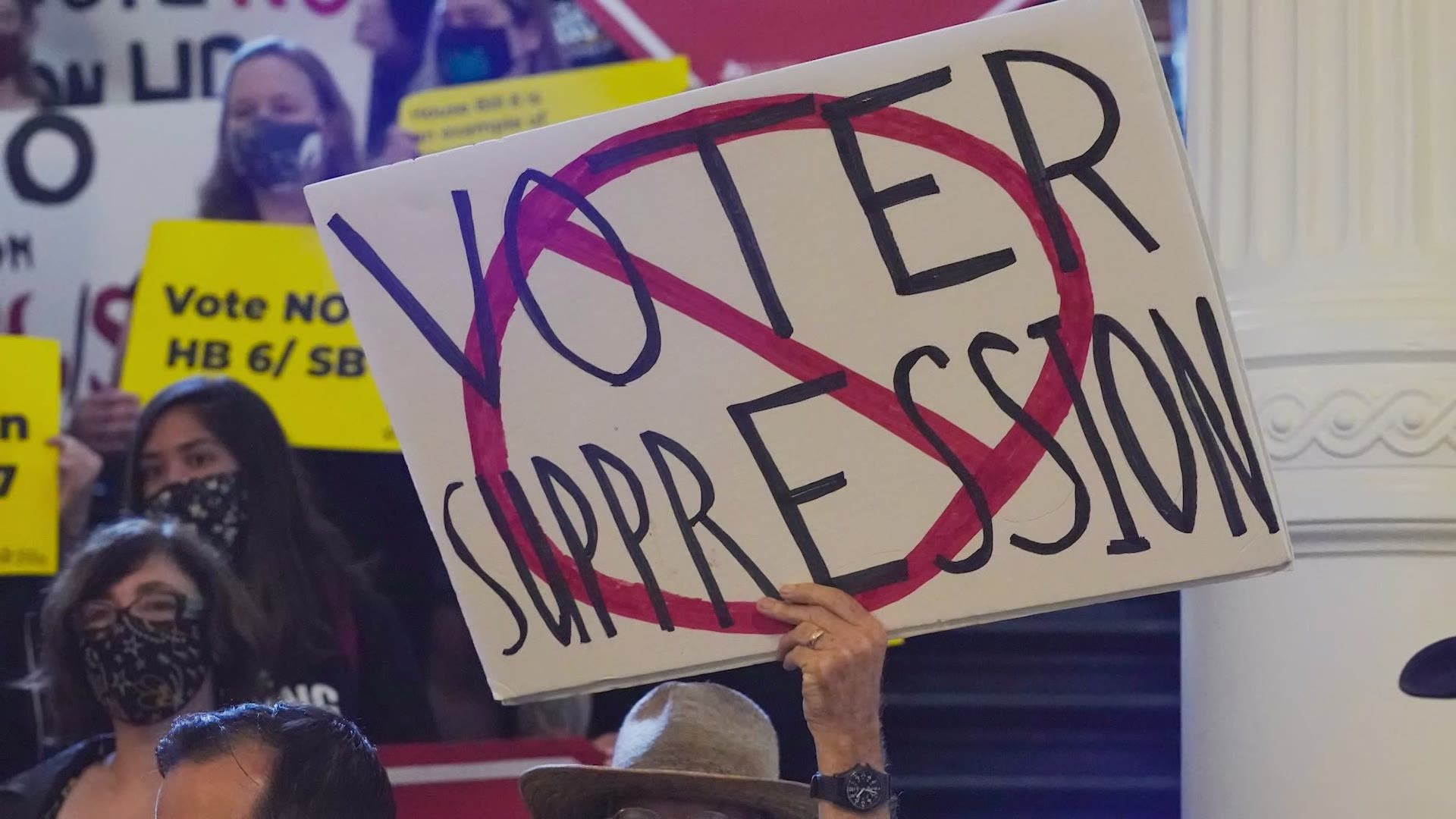 DALLAS — The Texas Democratic Party on Tuesday announced its largest voter registration drive in its history, an effort to get 2 million Texans signed up as new voters.

“The two million are diverse and located across the state,” said Luke Warford, the chief strategy officer for Texas Democrats. “We know that of the likely Democratic voters who are unregistered, two-thirds are Latino, a fifth are Black and a quarter are 25 years old or younger. The largest numbers are in major urban areas, but there are tens of thousands in smaller cities and counties across the state.”

The state party and some of its top elected officials made the announcement in a Zoom call on Tuesday.

Texas Democrats plan to spend $1.7 million this year to test tactics to register new voters with drives at apartment complexes, other site-based registration, and digital outreach, among other things.

Registration doesn't guarantee wins, Warford reiterated, but it does increase the likelihood.

“Beto [O’Rourke] got within 225,000 votes [of defeating incumbent Sen. Ted Cruz in 2018]. Joe Biden came within 600,000 [votes of winning a majority in Texas], so that’s our margin,” said Gilberto Hinojosa, the state party chairman. "There are over two million people that are not registered to vote that fit in that Democratic profile."

Jay Pritchard, a veteran political consultant in Dallas, said registering new voters is certainly important, but it's not the biggest issue the party faces.

Texas Democrats have not said what kind of strategy they would pursue to counter another Republican-led effort to change voting laws in Texas.

In the final hours of the legislative session last week, House Democrats at the state capitol walked out of the chamber before a vote on changes to election laws. Their departure broke quorum, meaning a vote could not be taken.

Gov. Greg Abbott said the legislation would be back in a special legislative session sometime this summer.

“We don’t have the numbers to stop the passage of this bill. It takes 76 votes and now there’s only 67 of us,” said state Rep. Senfronia Thompson (D-Houston) while calling on Congress to pass national reform.

Still, changes to election law gives Democrats an issue to run on, to perhaps galvanize around as they plot their course for the midterm election next year.

“We fought against the Neanderthal Voter ID law and really won in the lower courts. It is clearly an opportunity for us now to say, 'we're not going to be denied,'” said Congresswoman Sheila Jackson Lee (D-Houston) on the Zoom call.

Abbott has not announced the date of a special legislative session, and Republican leaders have not yet revealed what a new bill to change voting laws would look like.