Virginia law allows people from other states to take an online class, pay a $100 fee and, after a background check, get a concealed "non-resident" carry license. 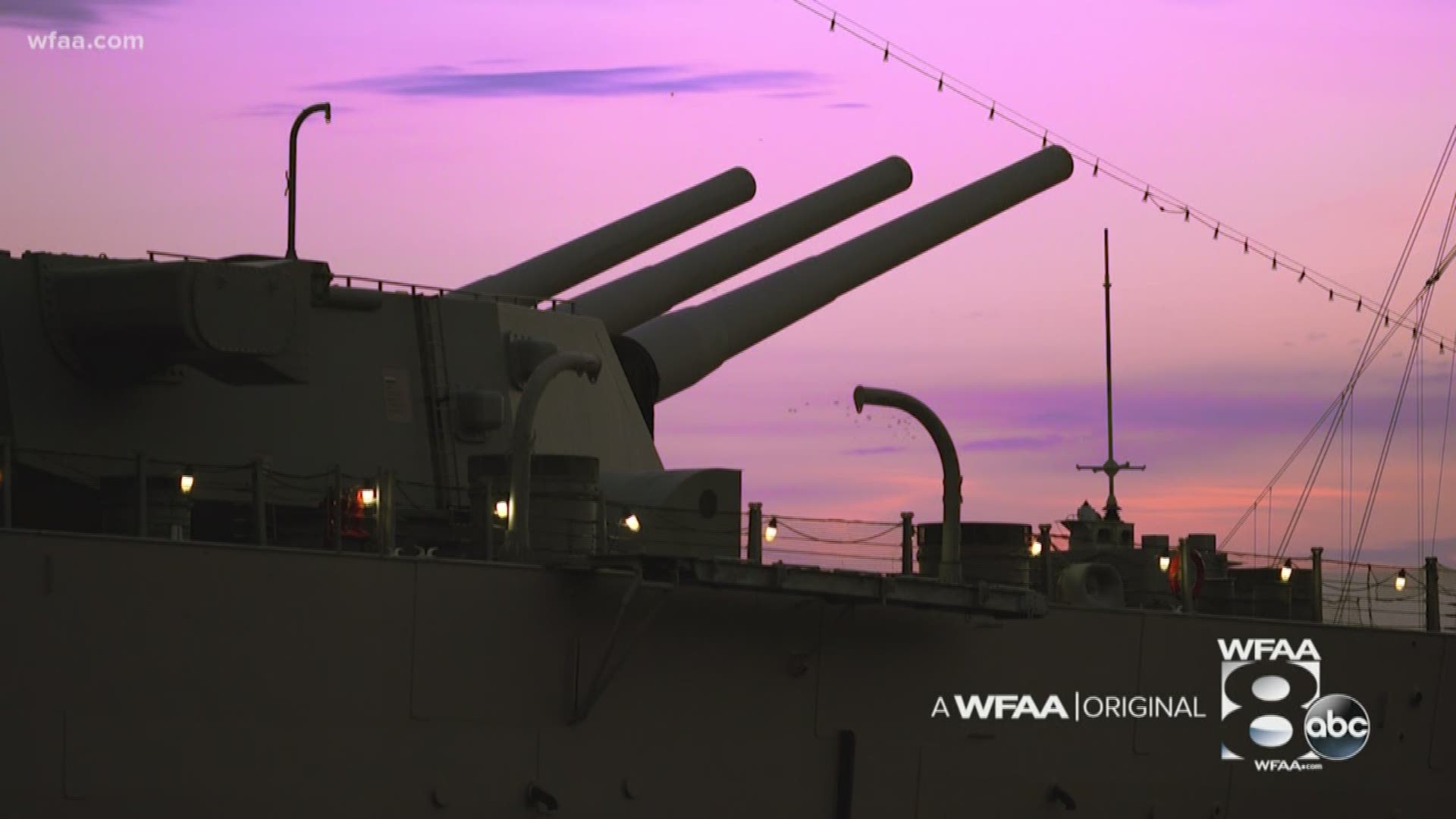 NORFOLK, Va. -- Robert Marcus can help you find the gun of your dreams. He’s been working in a gun store since he was 15.

“I’ve been doing it so long that I wouldn’t know what else to do,” said Marcus, owner of Bob’s Gun Store, a family business founded by his great uncle in the early 20th century.

Over the years, he’s helped many a Texan get their concealed handgun license. Only, he’s not in Texas. He and his gun shop are in Norfolk, Virginia, and the permit he’s helping them obtain is issued in Virginia.

Virginia law allows people from other states to take an online class, pay a $100 fee and, after a background check, get a concealed “non-resident” carry license.

Texas honors that license, even though applicants never have to show they can load a gun, much less shoot safely, which are basic requirements for a license in the Lone Star State.

Marcus created the first online site in the country for firearms training. His online class can be used to fulfill the educational requirement for a Virginia permit.

Marcus believes that most of the non-residents who obtain a Virginia permit do it for the sake of convenience.

“Only the most lawful people are getting these permits,” he said. “As Virginia law is written, teaching firearm safety is just as good as firing a firearm.”

Critics, however, call it the “Virginia loophole.” Records show at least 4,400 Texans have obtained a “nonresident” concealed handgun license from Virginia.

And the “Virginia loophole,” critics argue, may involve dozens of other states. In fact, Texas has agreements to honor concealed handgun licenses from 44 states. A number of the states may have less restrictive standards than Texas.

“It's not smart at all. It's crazy in my view,” says Travis Bond, a Dallas area firearms instructor commenting on Virginia’s requirements.

Texas law requires that applicants for a concealed carry permit – also known as a “license to carry permit” -- complete at least four hours of classroom instruction. They also must show that they can load and shoot a gun at the range.

“Proficiency doesn't mean you're an expert,” Bond said. “It just means you're at the minimum standards required to safely operate the equipment.”

Texas and 27 other states recognize the Virginia non-resident permit. Ten states, however, also require that residents obtain their home state permit. But Texas is not among them. If all you have is a Virginia permit, done online and through the mail, you’re legal in Texas to concealed carry.

“There could be several unqualified individuals to carry in Texas that have their Virginia license,” says State Rep. Nicole Collier, D-Fort Worth.

Collier says she plans to ask the House leadership in Austin for a study of the issue.

“We have requirements in place to obtain your concealed handgun license for a reason,” she said. “It's a safety issue. And it's to protect not only the individual, but the public.”

She said she is troubled that people who are ineligible or unqualified to get a Texas license may be able to circumvent stricter Lone Star standards by getting a Virginia permit.

Although both states run criminal history background checks, the requirements are different. In Virginia, for example, a driving while intoxicated charge will keep a person from getting a concealed handgun license for three years. Texas regulations call for a five-year ban.

“It surprises me…if we are going to accept another state’s concealed handgun license that they don’t have the same standards as Texas,” Collier said.

Army veteran Robert Ramseur lives in Dallas, but got his Virginia permit in 2014. He says he was a sharpshooter during his time in the military.

As a small business owner, he decided to get a concealed carry license for his own safety.

He applied for a Virginia CHL after Texas denied his application.

He isn’t sure why his application was denied in Texas. It may have been because of a 2007 misdemeanor driving while license suspended case. He completed deferred probation in 2009.

“If there’s some kind of hiccup here in Texas, you have to have an opportunity somewhere else,” Ramseur said.

Under Texas law, Ramseur would have been banned from getting a concealed carry license for five years. But in Virginia, state police officials say a driving while license suspended conviction would not prevent a person from getting such a permit.

The Virginia non-resident permit is popular. Virginia State Police in Richmond say they are about three to six months behind on processing nonresident applications.

“Texas does rank among the No. 1 with the most demand,” Corinne Geller, Virginia State Police spokeswoman.

“I have confidence in the Commonwealth of Virginia,” said Flynn, who represents East Texas. “I’ve worked with them on many issues over the years.”

In Norfolk, Marcus says he’s helped more than 1,500 Texans with his online gun class. The class takes just over an hour, plus whatever time it takes to complete a short exam.

In many ways, Marcus was a pioneer in the move to allow non-residents to get Virginia licenses.

He led the successful 2009 battle to get the Virginia General Assembly – over the veto of the then-governor – to recognize online classes as a way to get a Virginia nonresident concealed handgun permit.

“We do recommend to people that if they feel that they need further instruction they should go to the range, and they should take a class there where it’s a hands-on experience,” Marcus said.

He recalls the first time he realized that Texans were taking his class. He says he got a call from an elderly woman with crippling arthritis. She told him she couldn’t sit through hours of instruction, as Texas requires, and had “no ability to be able to shoot 50 rounds of ammunition,” Marcus said.

Marcus scoffs at the critics.

“It’s not a loophole. It’s the law. If you can reinterpret a law, that’s a loophole,” Marcus said. “But if it’s sitting there staring you in the face, it’s the law.”