Lawmakers on Capitol Hill are trying to reach a deal on a phase 4 stimulus package this week. 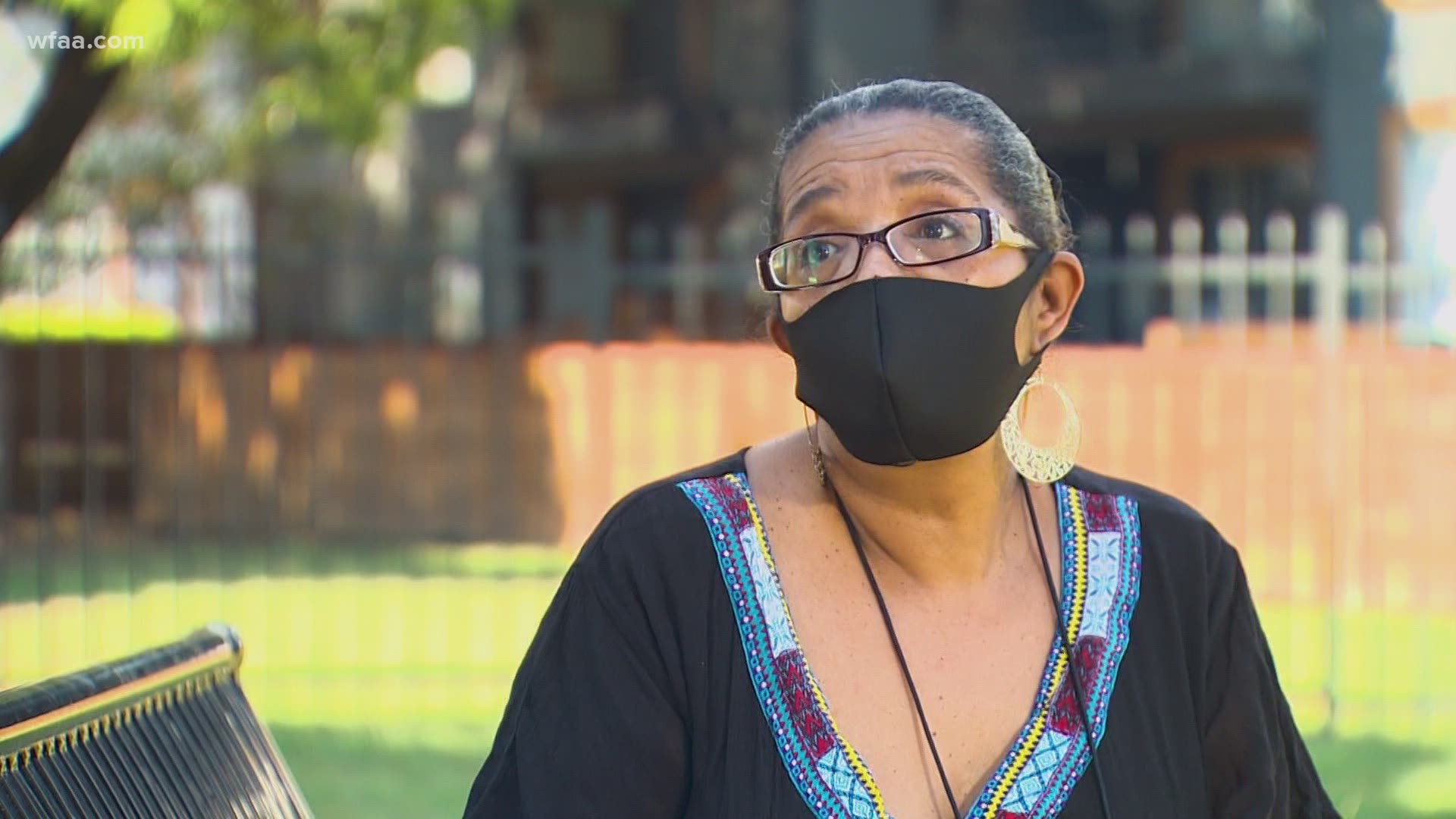 DALLAS, Texas — The clock is ticking for thousands of tenants nationwide who are living in federally-backed housing and are currently protected from eviction through the CARES Act, which is set to expire after Friday.

The CARES Act has provided widespread relief for Americans through stimulus checks and boosted unemployment pay.

But it's also protected tenants from evictions if they get federal rental assistance, live in federally subsidized housing, or have a landlord with a federally-backed mortgage.

The moratorium on evictions will unfortunately go away when the bill expires.

The boosted unemployment pay, which includes a supplemental federal benefit of $600, is also going to expire for Texans after Friday, too.

Unless the CARES Act is extended or a new stimulus deal is agreed to by lawmakers, a large number of Americans will be facing some tough hurdles within a week.

One of them is 58-year-old Aileen Collins.

Collins was laid off from her job in March after COVID-19 took hold of the U.S.

She worked for a non-profit in Dallas that helped the homeless and victims of domestic violence.

Collins is currently collecting unemployment while she searches for a new job.

She told WFAA that she's applied for 80 positions in the previous weeks and has not had any luck.

Collins also revealed that she only has $2,400 to her name.

A few months ago, Collins was almost evicted from her apartment if it weren't for the Texas Tenants' Union stepping in to help out.

Her landlord was informed that their property falls underneath eviction protections in the CARES Act and Collins was allowed to stay in her apartment.

But with the bill expiring, Collins says time is not a luxury for her. She has enough money from unemployment to possibly cover one month of rent and essential expenses, but that's it.

"The bill has kept me from being evicted out of my place," Collins said. "I don't know why lawmakers won't make a decision, they're playing with people's lives right now."

Now, could Collins go get a job stocking shelves at a local store? Probably.

But she told WFAA that a job like that isn't kind to someone who is 58. It's also a job that she's overqualified for considering her background.

"If push comes to shove, I'll likely have to do it," Collins said. "I don't think I can stand on my feet for 8 hours."

The 58-year-old does have her daughter to rely on. She still has a job and could likely be a source for Collins to borrow money from.

But Collins told WFAA, as a mother, that she doesn't want it to come to that.

"I just need someone to give me a job."