Police found Ollie Weidemann, 6, and his mother dead in a downtown Waxahachie parking lot. The next day the community gathered to remember him. 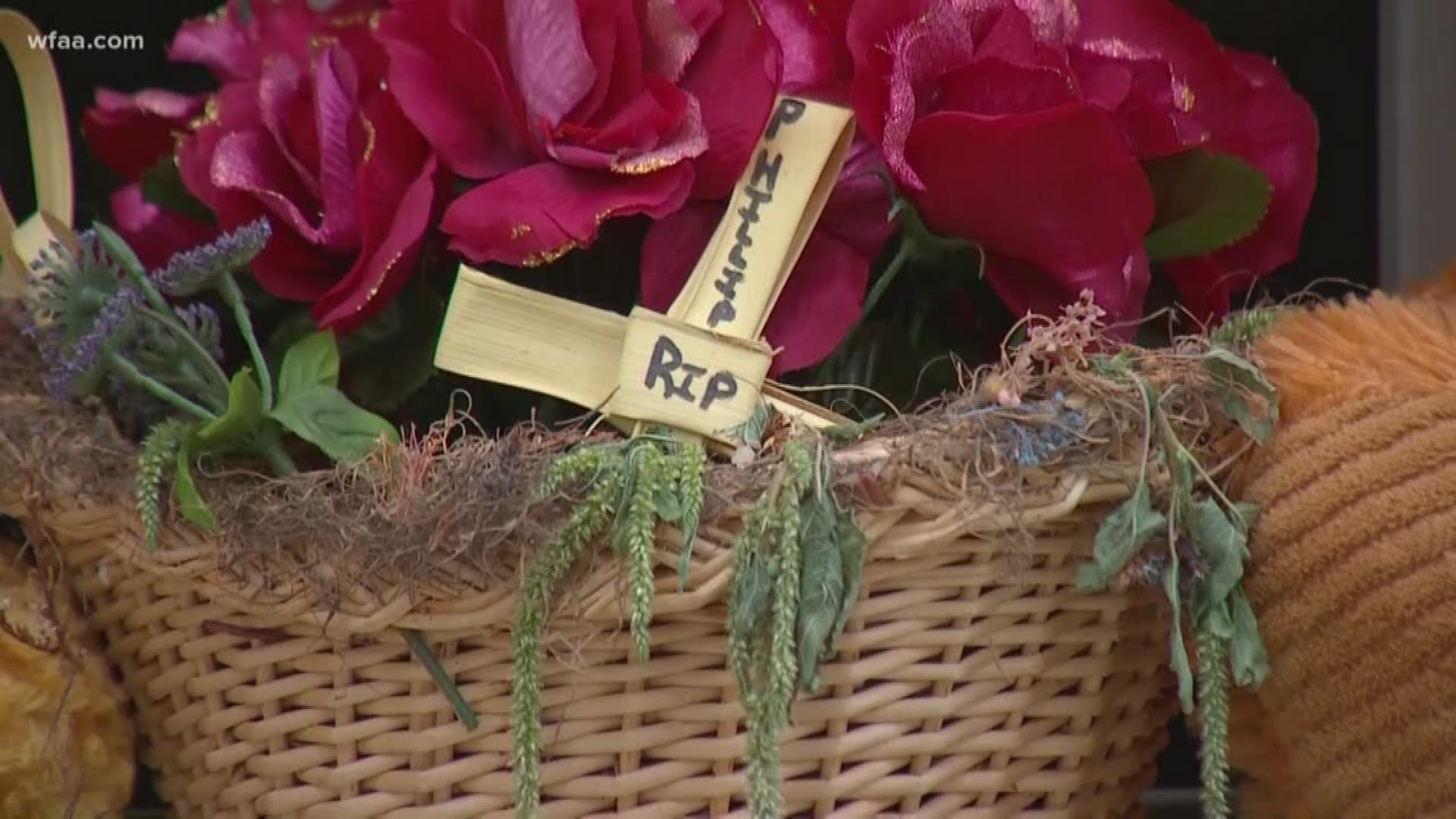 WAXAHACHIE, Texas — More than a hundred friends, relatives and complete strangers left toys, candles and flowers for Ollie Weidemann Saturday, outside the downtown parking lot where he was found dead.

Police found Ollie and his mother, Candace Harbin, dead in a minivan Friday evening. His father told police his estranged wife Harbin did not have custody of their son.

There are still a lot of unanswered questions in the small town, where residents want to know how the boy and his mother died and what led up to the tragic discovery.

On Saturday, they put those questions aside for a moment during a candlelight vigil in support of the loved ones left behind.

Susan Smith told WFAA Ollie attended her church. She remembers him energetic and playful. While the boy's death is hard to comprehend, Smith said the number of people who attended the vigil is inspiring.

“It means a lot,” Smith said. “It shows the care in people that comes out. It shows up from people they don’t even know and it’s such a sad tragedy.”

Ollie’s father reported him missing around 9:00 a.m. Friday and told police he was concerned Ollie was with Harbin, who he said did not have custody of the boy.

That led to an Amber alert and a Facebook blast in which Waxahachie police said Ollie was likely in imminent danger.

Just over two hours after that alert went out, police found Ollie and his mother unresponsive inside a minivan in a parking garage.

The cause of death and other details are not being released at this time, according to Waxahachie police.