“We can give people just a taste of what it's like to do life in a house,” Jamey Ice said. 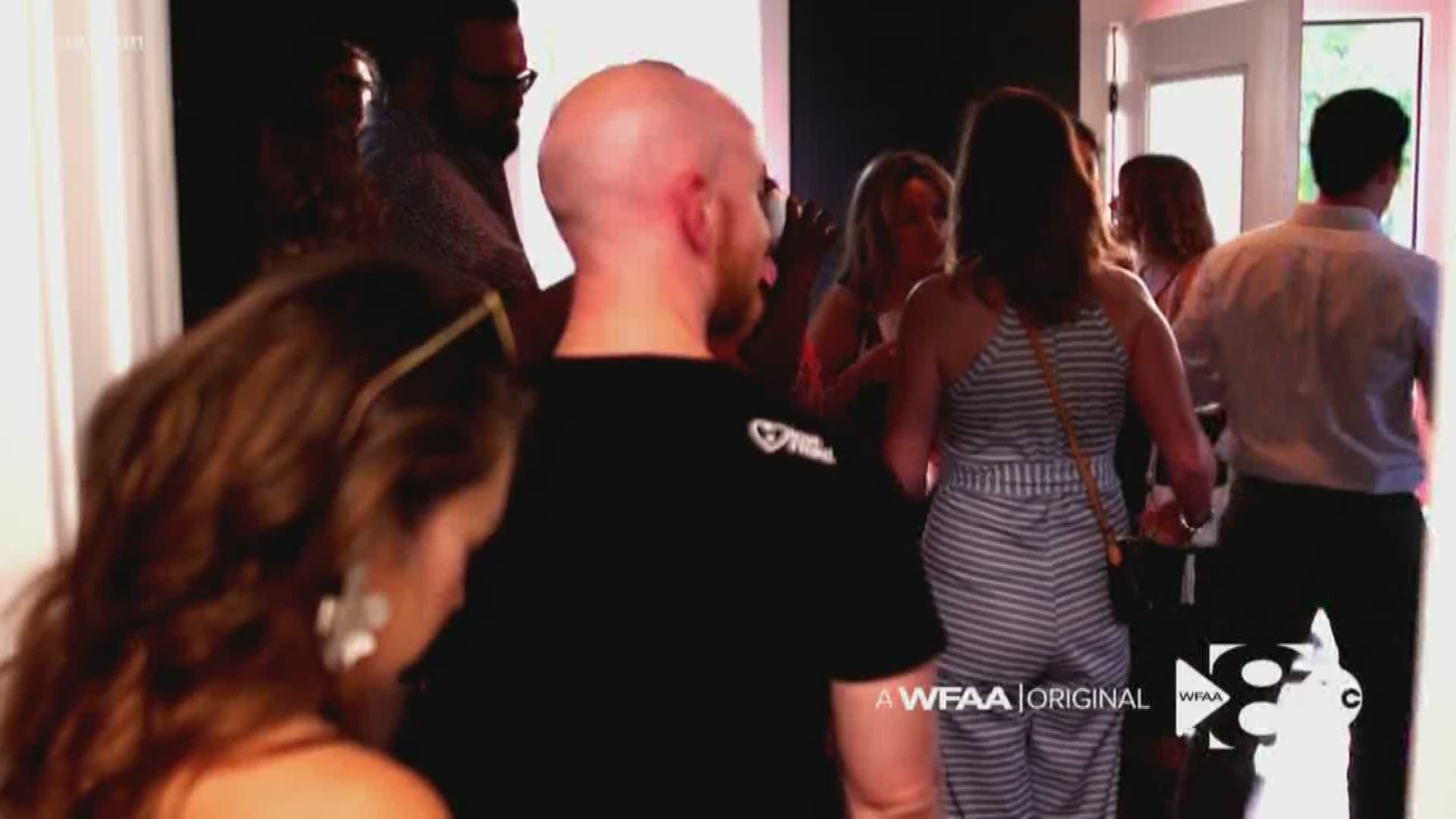 FORT WORTH, Texas — It’s Friday night in Fort Worth and the party’s about to get started.

People have packed into a home on the city’s Near Southside for a pop-up performance from hip-hop artist Lou Charles. Everyone’s drinking, dancing and sharing their experiences on social media.

But despite appearances, this isn’t just an intimate acoustic concert; it’s an open house. This home is for sale.

“People are moving in,” Jamey Ice said. “People love what Fort Worth has to offer.”

“We were talking as a team one time and just kind of complaining and joking about open houses and how open houses are not really that fun and kind of lame,” Ice said. “We were like, what if we did something different?”

Now, they do, from concerts to pop-up dinners featuring local chefs. They are setting themselves apart while highlighting their homes.

“We can give people just a taste of what it's like to do life in a house,” Ice said. And their timing couldn’t be better.

“You really do need to stand out,” said Bill Hethcock, who covers residential real estate for the Dallas Business Journal. He says after years of being a sellers’ market, the DFW real estate scene is finally balancing out, perhaps even shifting to a buyers’ market.

“There’s simply more competition,” Hethcock said. “I think there are 25 percent more homes on the market right now compared to a year ago same time.”

So what does that mean for sellers?

“They have to work harder,” to get people to look at their homes, Hethcock said.

Casey Lewis is a long-time realtor in Mansfield.

“You could just put a for sale sign in front of a house and put it on MLS-- house might sell, it might not. Or you can do everything you can,” Lewis said.

Lewis is in the “do everything you can” camp. The realtor has become known for his viral real estate listings.

“Last summer we had this cool property that was a lake house,” Lewis said, “And we just kind of did a T-Rex video.”

Yes, you heard him right. Somebody in a T-Rex costume posted for photos all over the house for the listing. It was a hit.

"Last we checked it was a little over 10 million impressions of how many people saw that listing,” Lewis said.

He’s also done a “Meet Santa” open house, a Super Bowl party and on May the 4th, he threw a Star Wars-themed open house. He says attendance is usually way higher than a normal open house.

We asked him if he thinks those types of events or listings help people get their houses sold.

“I think it’s helping people get the exposure to buyers. That’s our job,” Lewis said.

“Absolutely I think so,” he said. “We don’t do the event thinking someone’s going to buy this house today, but it’s the bigger picture of introducing people to our brand and what we do and our community and that helps sell houses.”

And why not have a little fun while you do it.