She's on a mission to change the world, one donation at a time

6-year-old Paisley Elliott has done so much that she's even been recognized by the U.N. 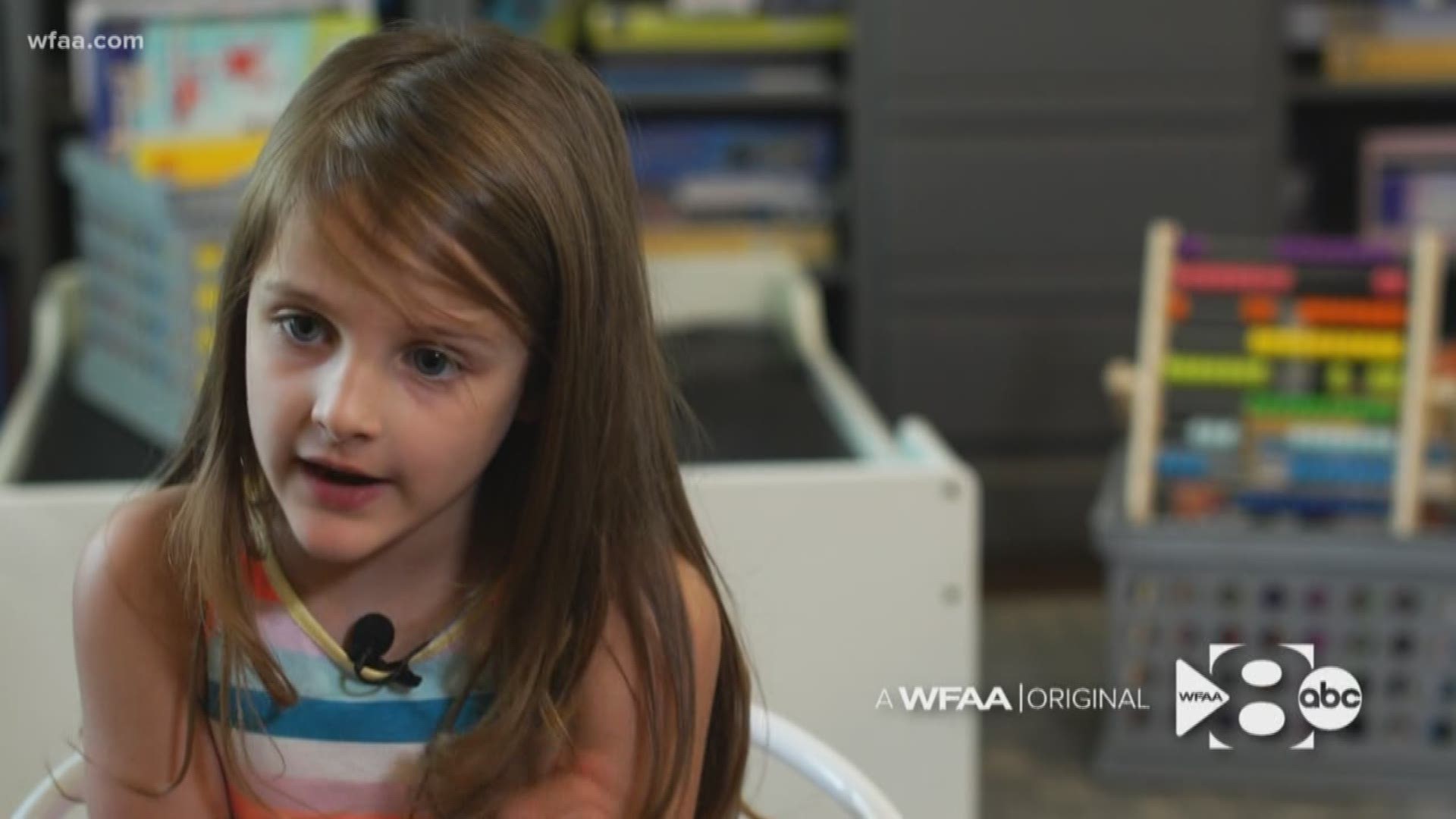 Aside from the occasional coloring book, life as a 6-year-old is pretty black and white.

But Paisley Elliott, of Grapevine, sure sees a lot of gray.

Paisley first uncovered her uncertainty in preschool. She was four, and her class had just read a story from the Bible about refugees.

"Oh great, you learned about refugees at school," thought Paisley's mom, Tali Jones. "[That] wasn't necessarily a topic I wanted to discuss at length with a 4-year-old."

But Paisley demanded to know more and found out the world is still full of refugees.

"She came in crying with an arm full of stuffed animals and said, 'I want to give these to the refugee kids,'" Jones said.

Paisley sent every stuffed animal she had and collected 250 more to send to refugee kids in Syria.

"I want the world to be a better place," Paisley said.

And so began her remarkable mission. Paisley started reading books and studying maps and learned why refugees were leaving home.

"Because they have to run away from danger," Paisley exclaimed. "Their country is not safe!"

"And she doesn't have access to an iPad, so I don't know where she gets the information," Jones said.

Soon after, Paisley visited refugees in Mexico to hand-deliver 500 pounds of supplies.

"And she came back and said, 'My heart is gonna explode,'" Jones said.

So she started a non-profit called "Paisley's Pals" to try and build her biggest project yet, the Rahmah School.

The Moira refugee camp in Greece is considered the worst refugee camp on earth. Most kids there have never seen the inside of a school, which is why Paisley wants to build one.

"Because everybody deserves to learn," Paisley said. "Even people who are not from your country."

Undeterred, she started by donating her entire piggy bank, opened a GoFundMe page and even sold lemonade.

By the start of the summer, she had raised enough to turn an empty warehouse in Greece into a school for refugee children.

Keep in mind, this was all Paisley's idea. Her parents aren't big volunteers and have never discussed politics around her.

All Paisley knew was that kids like her were suffering and something needed to be done. The kids in the camp sent a video to say thank you and already think Paisley is a rock star.

However, news of her good deeds has extended far beyond the camp.

Every year, the United Nations gives out an award to one person in the world who champions the cause of refugees. People like Eleanor Roosevelt and Edward Kennedy have previously earned the award, and Paisley has even been compared to those winners. That's why, this year, she was the youngest person in the world to be nominated.

It's a long shot, for sure, and a tremendous honor just to be recognized. But, for now, this budding humanitarian is just getting started.