"There's no doubt in my mind," longtime supporter Jim Lane said Wednesday. "It's a magnificent vision." 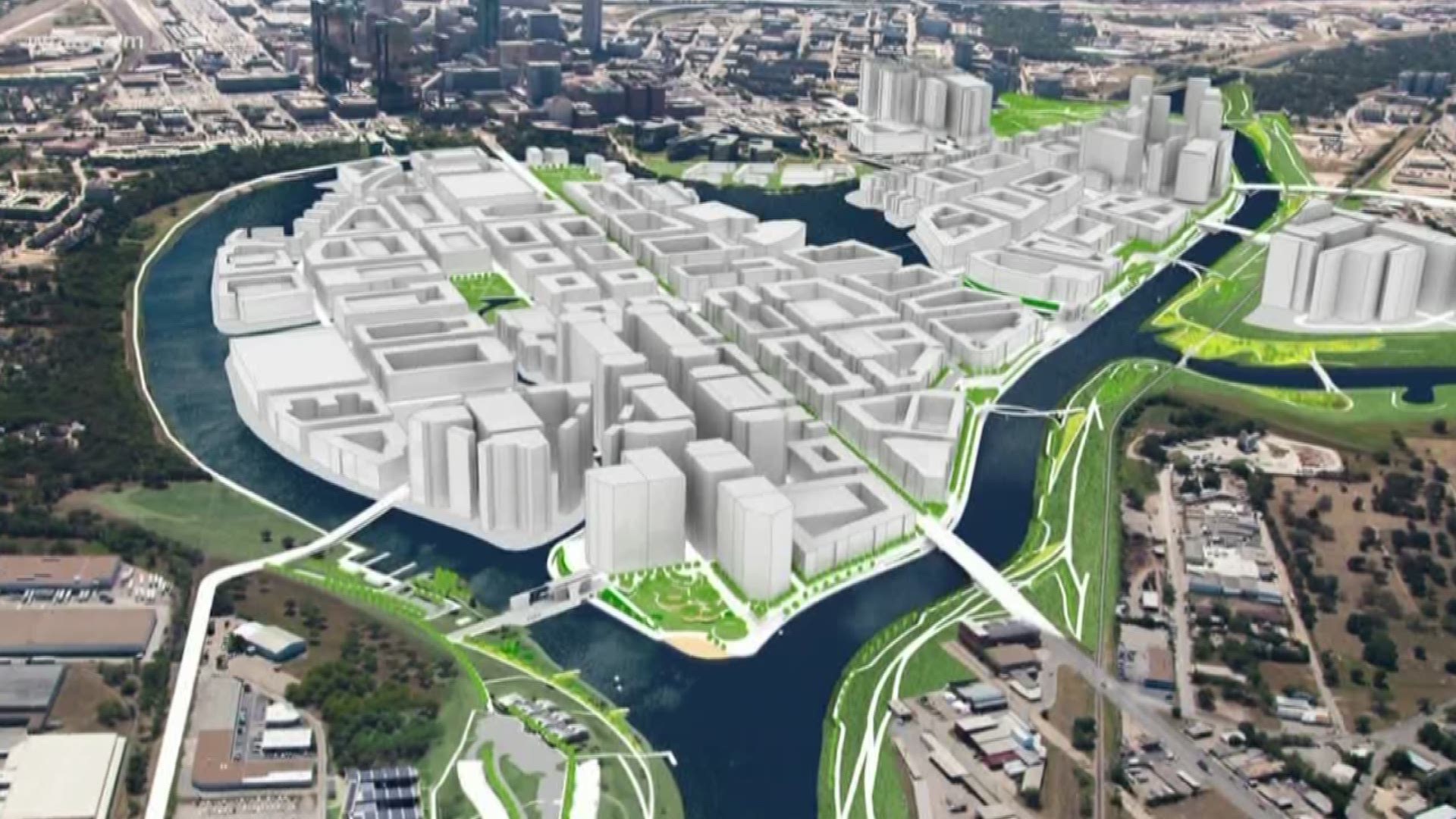 FORT WORTH — It started as a simple flood control project well over a decade ago.

Plans for the Panther Island project now call for more than $1.1 billion in a development that’s supposed to include apartments, restaurants, canals and a river walk.

"There’s no doubt in my mind,” he said Wednesday. “It's a magnificent vision.”

A longtime board member at the Tarrant Regional Water District, Lane is also a former city councilman for the area where the project is underway on North Main Street across the Trinity from downtown.

The board and TRWD are helping oversee the project with the Trinity River Vision Authority, which is managing it day-to-day.

Lane has been a big proponent from day one, and says the city always was too, which is why news this week came as a surprise.

“I am surprised,” he said. “If they really want it, we’ve got no problem. I want them to help pay.”

The “it” is an outside audit and review, which Mayor Betsy Price brought up again on Tuesday to the Fort Worth City Council.

The city doesn’t have direct control over the project, as that’s the realm of the TRVA & water district board, but Price has said they could hold up some needed funding from a bond if there isn’t a thorough review.

“If we have to break it down into just the flood control, then into other pieces down the road, [...] I think that's the best solution," she said on Tuesday.

The mayor wants to see a renewed focus on the flood control portion because it’s tied to federal dollars.

Word surfaced from Washington D.C. early this month that the federal government wasn’t going to budget millions in anticipated dollars this year, or next, for Panther Island. Concerns were raised about the lack of an economic study, according to WFAA’s media partner the Star-Telegram.

Lane says federal dollars can come and go year-to-year, but that the Army Corps of Engineers is thoroughly behind it.

The TRWD has called a special meeting for Tuesday morning, where they’ll likely OK the city’s request for the audit.

"Tell me how to correct it, if you think it needs to be corrected,” Lane said. “And no one is opposed to that.”

The council agreed with Price, with all members speaking in favor of the review.

TRVA spokesman Matt Oliver stressed in an email Wednesday afternoon that they already do routine audits of different parts of the project, but added: “If there is a local partner that needs additional information then we intend to work with that local partner to make sure they get the information they need.”